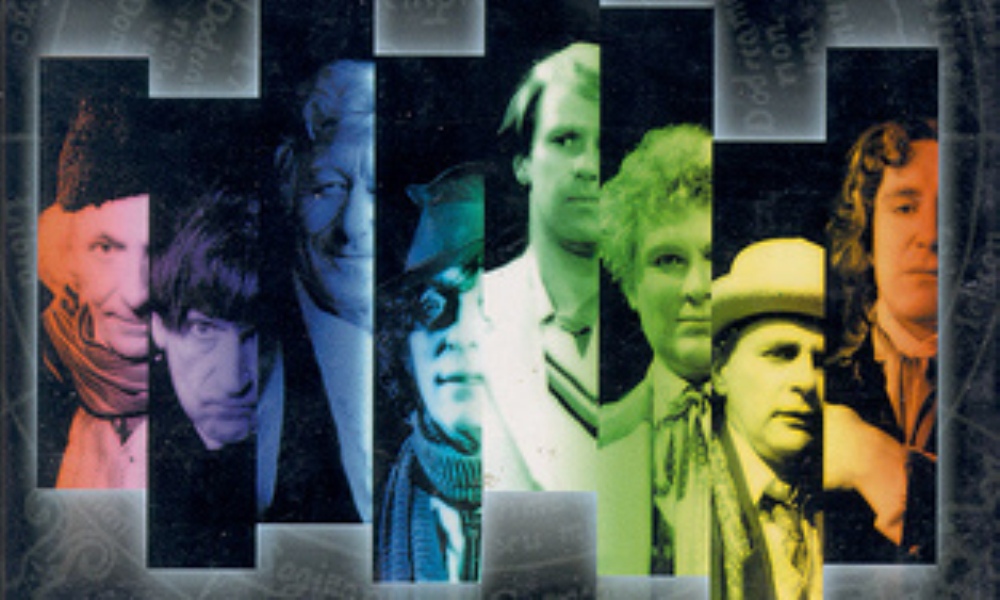 In a way, the short story anthology is an ideal form for Doctor Who fiction. As fans never tire of pointing out, the format is open to almost anything, so why not demonstrate the fullness of that range within a single book? But there’s a downside to this approach as well. The traditional Doctor Who story has a lot to do: capture the Doctor and companion(s), introduce credible guest characters, offer a plot with at least some depth, and bring that indescribable but vital Whoish “feel” to the proceedings. This balance of elements can be managed in a full length audio or television story, and certainly in a novel, but doing it all in the tight word count of short fiction is a tougher task. The stories in 2002’s Zodiac, the first Short Trips anthology from Big Finish, demonstrate both the positives and negatives of Doctor Who short fiction. While the volume offers a consistently entertaining variety of Doctors and story types, the insubstantial air of many of the stories makes Zodiac less than the sum of its parts.

A major point in the anthology’s favour is that the Doctors and companions are always capably characterised. Some writers evoke the regulars better than others, of course, but even in the “worst” cases our heroes are merely a bit generic. There’s no gratingly bad character work. Granted, this is sometimes due to the minor roles the regulars play in the stories; if they’re barely “onscreen”, it’s hard to get them wrong.

As you might guess, the anthology’s linking device is the 12 signs of the Zodiac, each of which has some (generally loose) connection to one of the stories. A brief “introduction” discusses astrology within the Doctor Who universe, including the neo-astrology of Kasterborus, who revitalised the field in the era of space travel. Each story also has a headnote discussing the traditional understanding of each sign as well as Kasterborus’ modified version. This linking material, written by Jim Sangster, is perhaps too cute and insignificant for its own good, but it’s not without its charm, and easy to skip if you have no interest.

The anthology begins in earnest with The True and Indisputable Facts in the Case of the Ram’s Skull. As the title suggests, Mark Michalowski is working here in the mode of the nineteenth century horror story. An unidentified narrator has been invited to participate in an experiment in the supernatural, but what exactly does Mr. R—– hope to achieve? And what does the man known only as “the Doctor” want? These matters of plot are almost beside the point: the emphasis here is on style. Michalowski’s prose is sometimes a successful evocation of the mode of such stories, but at other times the style is too understated and modern to establish the desired mood. Nonetheless, there’s enough charm in the antiquarian approach that the story achieves modest success.

Paul Leonard’s Growing Higher takes the reader to Earth’s moon in the near future, where the 82-year-old Sewa Singh’s hope to live forever via modern science and the gentle lunar environment has been dashed by a tragic accident. His young lover is making plans to guarantee his safety, but the Eighth Doctor and Fitz may have something to say about that. This is another entry with a thin plot, and the Doctor doesn’t do much of anything, but the futuristic environment is surprisingly well-evoked for a brief piece. This works better as pure science-fiction than as Doctor Who, but the point is it works.

Twin Piques by Anthony Keetch begins where many Doctor Who stories end, after the TARDIS team has swept in and saved the day. But when the Second Doctor and Jamie find themselves on the same planet ten years later, something has changed. Even by Doctor Who standards, this is an odd story. The humour is resolutely sophomoric (the title pun is representative) and often surprisingly sexual. The plot… well, no surprise that there’s not much to it, but it’s got a quirky charm, as does the humour once you get used to it. And the relationship between the Doctor and Jamie is wonderfully captured. If you don’t try taking it too seriously, this is solid fun.

Ian Potter provides my favourite story of the anthology in Still Lives. It’s nominally a Third Doctor story with Liz and the Brigadier, but those characters, though brilliantly evoked in their scenes, are peripheral to the major events, which are difficult to describe without ruining the effect. Suffice it to say that this serves as a coda to a particular Pertwee TV story, and is a tale of surprising pathos considering its modest length. And Liz’s journal entries are great.

In Constant Companion, the Doctor gets a cat. Seriously. Okay, there’s some science-fiction elaboration of it, but the bottom line is that the Doctor gets a cat. If your heart isn’t warmed by kitty antics, you may not have much patience for Simon A. Forward’s tale, but you’ll also be missing his strong writing of the Second Doctor, Jamie, and Zoe.

Among other things, the title of Virgin Lands reflects the story’s similarity to the New Adventures published by Virgin Books. The Seventh Doctor, Ace, and Benny are infiltrating an Australian mansion. Ace hopes they’ll discover the monster behind a recent mass shooting, but of course nothing is that simple. The resolution is anticlimactic, and the story has some of the thematic and mythical ponderousness that are (perhaps unfairly) associated with the NAs, but the positive aspects of that line, especially its great TARDIS team, are also brought across in Sarah Groenewegen’s solid story.

Simon Guerrier’s The Switching features sci-fi body swapping, a well-worn device, but the cliches of the form are mostly avoided, albeit at the cost of any real plot. The Third Doctor wakes up in the Master’s body in his prison cell, while the Master hopes to use the Doctor’s body and TARDIS to escape. At times it seems likes this story’s primary concern is to fill in a few minor continuity holes from the Pertwee era, but the humour Guerrier finds in the situation brings an air of fun to the proceedings.

Jealous, Possessive takes the unusual form of a correspondence between the first two K9 models. Leela’s K9 taunts Romana’s model with descriptions of its high-class life on Gallifrey, and gets an angry denunciation of its arrogance in response. The two exchange a couple more barb-filled letters… and then the story ends. As is often the case with Paul Magrs’ Doctor Who work, I’m left wondering why this is supposed to be amusing. The bitchiness might be funnier if it were more restrained, or had more to do with the actual personalities of K9 or other characters. Instead the story’s just self-consciously quirky.

In Five Card Draw, Todd Green brings together the First, Second, Third, Fifth, and Sixth Doctors for… a game of poker. The loser gets to help the First Doctor solve a problem… that’s so simple there’s no reason he couldn’t solve it himself. All this might be forgivable if the Doctors were better characterised, but they’re generic enough that there’s none of the sense of their sparking off each other that makes the multi-Doctor stories bearable on television. There’s nothing particularly offensive about the story, but nothing interesting or memorable either.

I Was a Monster!!! by Joe Lidster has all the elements of a great story, but fails to bring them together in a satisfying way. There are big ideas at work here – postmodernism, the psychology of the serial killer, the shallowness of modern pop culture, and the pathos of the vampire – and the kind of experimentation with form that one associates with classics of Doctor Who fiction. But the story doesn’t have anything new to say about any of its ideas, and the prose doesn’t achieve the natural intensity that it’s reaching for. The end result is a near miss, a story more admirable than successful.

Its title implies that The Invertebrates of Doom is a parody, but Andrew Collins’ story doesn’t seem so sure, straddling the line between traditional alien invasion fare and a send-up of same. The Seventh Doctor and Mel… an alien artefact… a traitor… you can piece the rest together yourself, except that the invaders are… well, why spoil it? Mel’s a cipher here – but you could argue that’s true to the character – while the Doctor has a few nice moments. The entire plot of a traditional four-parter is here in embryo, but it goes by quickly enough that it has little impact. Another story that doesn’t make an impression either way.

Alison Lawson rounds out the anthology with The Stabber, in which the Sixth Doctor and Peri are asked to help out some telepathic fish… or so it seems. In lieu of plot, this story spends a lot of its scant length developing the primary guest character, but there’s only so much development you can provide in a few pages, and he doesn’t end up with enough depth to warrant that focus. The ending is an anticlimax, one of those cases where the solution of the crisis turns out to be that there was never a crisis in the first place. An acceptable, if weak, conclusion for the volume.

Taken story by story, Zodiac is a strong anthology: there are quite a few very good stories, and no real failures. Its greatest flaw is that so many of the stories feel underdeveloped in one way or another. The Doctor has little if any role in events, the plot is linear and uncomplicated, or the guest characters feel hollow. A few such stories in an anthology alongside weightier entries wouldn’t be worth commenting on, but Zodiac is entirely made up of simple pieces, and a result it doesn’t make much impression as a totality. Well worth reading for its constituent stories, it doesn’t succeed as a unified whole.

Zodiac (edited by Jacqueline Rayner) was released by Big Finish Productions in December 2002.