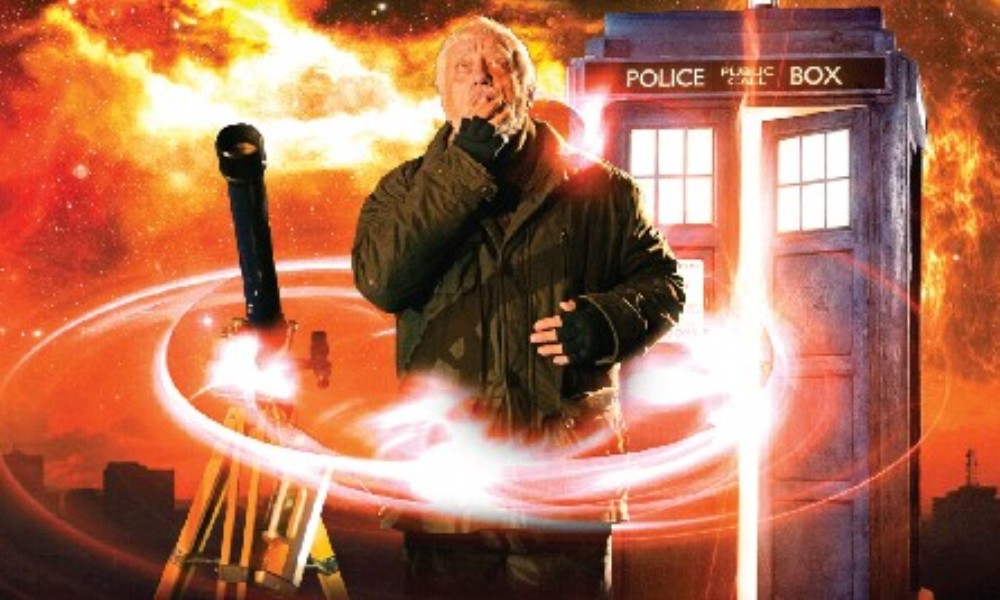 The Doctor (together with Donna) finds himself facing an old enemy in a new guise. Can the pair save the Earth again?

I really think Gary Russell’s Beautiful Chaos should come with a tissue warning if, like me, you were upset by the way Donna’s story ended in Journey’s End. So consider yourself duly warned!

I confess that one of the reasons I love this story is because it’s non-linear and I’m a sucker for non-linear stories. It opens a little while after the Doctor took Donna home to Sylvia and Wilf (in Journey’s End), then the main story takes place one month after the Sontarans’ attack (for Sylvia and Wilf) and after the events in the Library (for Donna and the Doctor). The events takes place over a four-day period (Friday-Monday), then jump forward briefly one week, and then the book closes by returning to the post-Journey’s End period in which it opened (and this is the section I found particularly heartbreaking).

Donna is very reflective at the start of this story – in part because of the events that have just taken place in CAL’s Library, but also because the Doctor’s brought her home to visit Sylvia and Wilf on the first anniversary of her dad’s death. Of course, Sylvia is as sarcastic as usual when Donna arrives (without the Doctor) at her mother’s – but kudos to Gary Russell for writing a far more sympathetic portrayal of Sylvia Noble than Russell T Davies & co. ever managed: Russell’s Sylvia is far more well-realised and three-dimensional than the screen version, and I felt considerable sympathy for her as she worried about her daughter’s safety and her father’s health.

There’s a lot of lovely, in-character banter between the Doctor and Donna in this story – Russell gets the voices of the Who regulars right, but he’s particularly spot-on with Donna and the Doctor: I laughed at her calling him “skinny”, “spaceman”, and “martian boy” – and it was never too much. I also liked the further confirmation that Donna and Martha got on really well when Donna thinks of phoning the UNIT medical officer for her assistance with the alien invasion – and her belief that Martha wouldn’t hesitate to drop everything to help out. (And Donna’s realisation that she’s not going to find UNIT listed in the Yellow Pages “filed under Military Organisations Dedicated to Wiping Out Martians” is priceless.)

Once their battle with Doctor’s old enemy is over, Donna and the Doctor share a quiet moment in which they discuss the enemy’s use of other people, and the Time Lord notes that, “Mankind were just tools to the [enemy], tools to be used and abandoned”. Donna asks: “Like Netty?”, then apologises for her “below the belt” comment. The Doctor says that he had to take the risk he did, that the enemy would use Netty and that it would be overcome through using her, and says that once he’d have felt far less guilt about setting up Netty in such a manner. When Donna asks, in mock horror, what she’s done to the Doctor, he tells her very seriously that she’s made him into a better person, and she promptly brushes him off with a joke, refusing to let him become sentimental about the situation. It’s a sweet moment because it affirms how much Donna has meant to the Doctor – and it gives the “reprise” that comes at the end of the book a greater impact.

This is an emotionally engaging book – but do heed the tissue warning!

Beautiful Chaos (by Gary Russell) was released by BBC Books in December 2008.