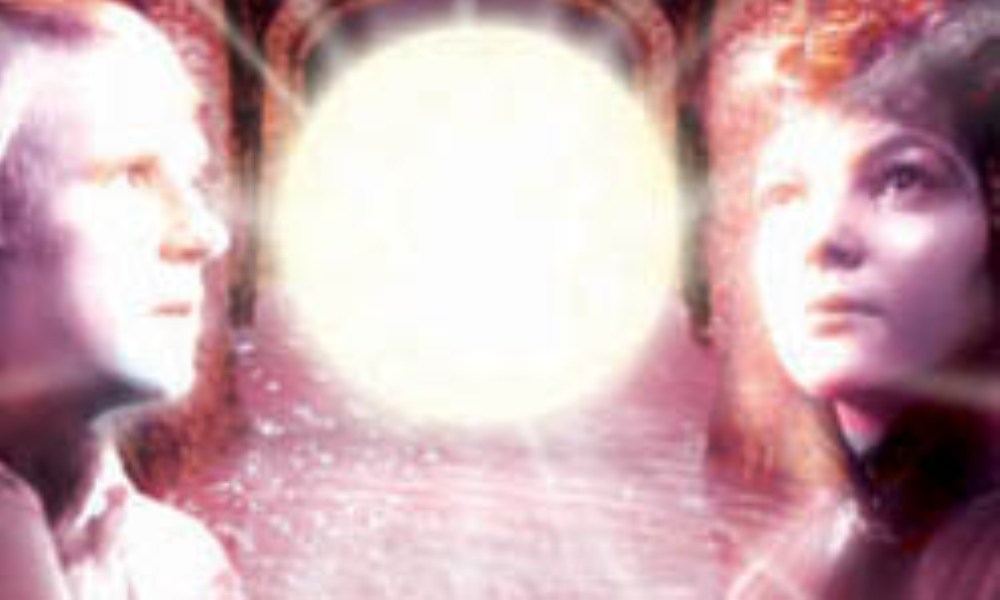 Frustrated and baffled by Nyssa’s persistent exhaustion (referred to in TV canon in Four to Doomsday and Kinda), the Doctor finally turns to the only experts in Traken medicine he can find – the Trakenese themselves. He takes Nyssa 3000 years into her own past (the primeval time of the title) to be treated by the most famous healer in the planet’s history.

But ancient medicine is often a mix of superstition and science, even on a world dedicated to peace and technology. Diagnosed with “too much exposure to evil”, Nyssa becomes the central figure in a tug of war between two philosophies. Can even this much damage be erased and Nyssa restored to harmony and balance? Or should she simply be destroyed before she infects others?

Ironically, Nyssa’s best hope may not even lie on Traken. Not when there’s a powerful telepath leading a fleet just outside the range of the Source. He doesn’t have antiquated notions about “catching” evil – mostly because the Trakenese already consider him the embodiment of all they despise. But to his fanatical followers, he is a harsh but all-powerful god, bringer of everything, including health.

Parkin peppers the narrative with references back to half a dozen televised adventures. Most of the lines are throwaways; you don’t really need to know when or why Nyssa learned to dance the Charleston to enjoy the story. However, a familiarity with Keeper of Traken is assumed and necessary to understand several key scenes.

Primeval is a serviceable audio, but hard to categorise. It’s not funny, or horrific, or gothic, or even particularly action-packed, considering that most of the tension comes from philosophical debate and one of the main characters spends much of her time resting and recuperating. Overall, it’s a simple story simply told; anyone familiar enough with the Doctor to know the lengths he’ll go to in order to save a companion can already predict half the plot. The major plot twists are telegraphed well in advance, so the listener spends more time waiting for the inevitable to happen rather than be surprised by the unexpected.

However, Primeval serves as a nice “missing scene” after Kinda to better explain Nyssa’s illness. On the other hand, this intense focus on the companion means that this is an audio that is pretty much a story that will only be of interest to die-hard Nyssa fans who can quote their classic canon.