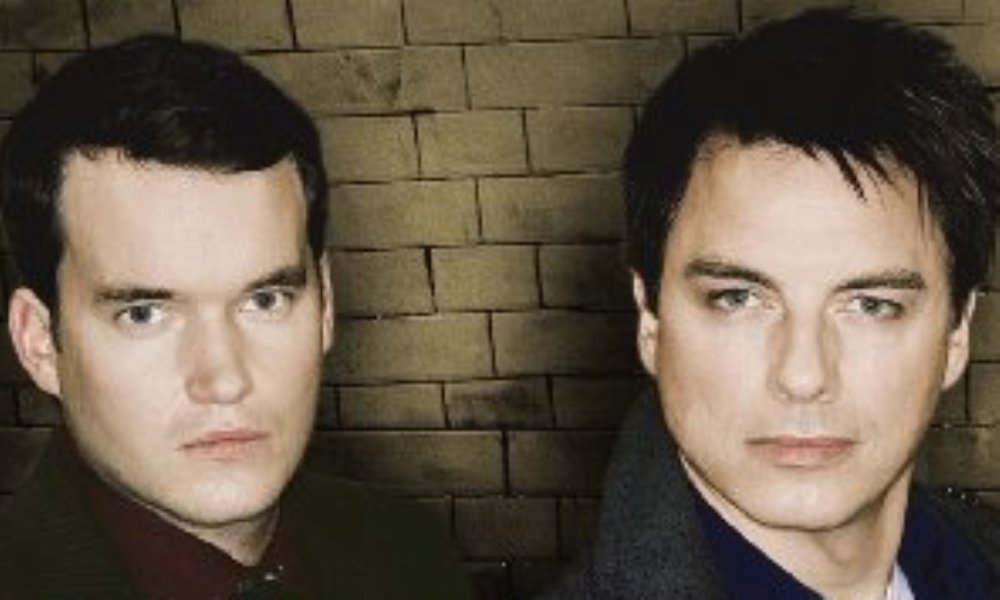 Parishioners are being baptised in very unholy water indeed in the latest BBC exclusive audio Torchwood story, The Sin Eaters. Reverend Hayword would dearly love to turn his tiny little congregation into a megachurch. And surely God agrees, or he would not have shown the Reverend the way to that strange, lively fluid that literally eats away feelings of guilt when people are baptised with it. That the baptisees are also eventually eaten away is something of a drawback, but it must be according to God’s plan somehow. So he shall show his faith by breeding as many of the sin eaters as he can, to spread them and God’s message far and wide.

Meanwhile, it’s business as usual for Torchwood, as the truncated team tries to track down the other end of nightly Rift activity. They can’t find what’s coming through, but they do find a sailor’s body covered in tiny cuts. And if that wasn’t odd enough, the corpse has taken 50 years to wash to shore. Did he come through the rift? Did something else come through and attack him? Or is there something lurking in the bottom of the Bay, something that might come out to restock its larder? Time to pull out something black, shiny, labelled “Torchwood” on the side and go hunting!

“Person deluded into betraying the world” and “alien parasite killing people” have become standard Torchwood plots Numbers Two and Three (Number One being “Jack’s Past Comes Back to Haunt Everyone”). Fortunately, Minchin has taken what could have been a checklist of by-now cliches and written an extremely entertaining story that covers everything a fan could want. No matter what you watch Torchwood for, be it horror, humour, tech toys, characterisation, or shipping, there’s something for you in The Sin Eaters.

David-Lloyd enjoys describing Torchwood’s SUV and boat as lovingly (and complexly) as anything James Bond ever dreamed of driving. He shifts effortlessly to horror for the sailor’s Lovecraftian watery grave (and what lurks inside). Every character has a moment in the sun (and a converse moment of being a complete idiot and needing rescue) from Jack through Rhys, and if you like flashes of romance along with your action, there are moments of Jack/Gwen along with plenty of Jack/Ianto and Gwen/Rhys.

Best of all, and beautifully set up by David-Lloyd’s understated delivery, is Minchin’s sense of humour. The Sin Eaters is punctuated by hilarious lines, ranging from descriptions such as “a trio of turbo-charged lemmings” through dialogue like “If I keep talking long enough, we won’t have to admit that we’re sinking”. Even one of the romantic scenes is interrupted by Ianto wondering how often throughout his life Jack had bleached his teeth.

The Sin Eaters may be a story often told, but it is also a story well told, and well worth owning.

The Sin Eaters (by Brian Minchin; read by Gareth David-Lloyd) was released by BBC Audio in June 2009.