Doctor Who: The Slitheen Excursion review 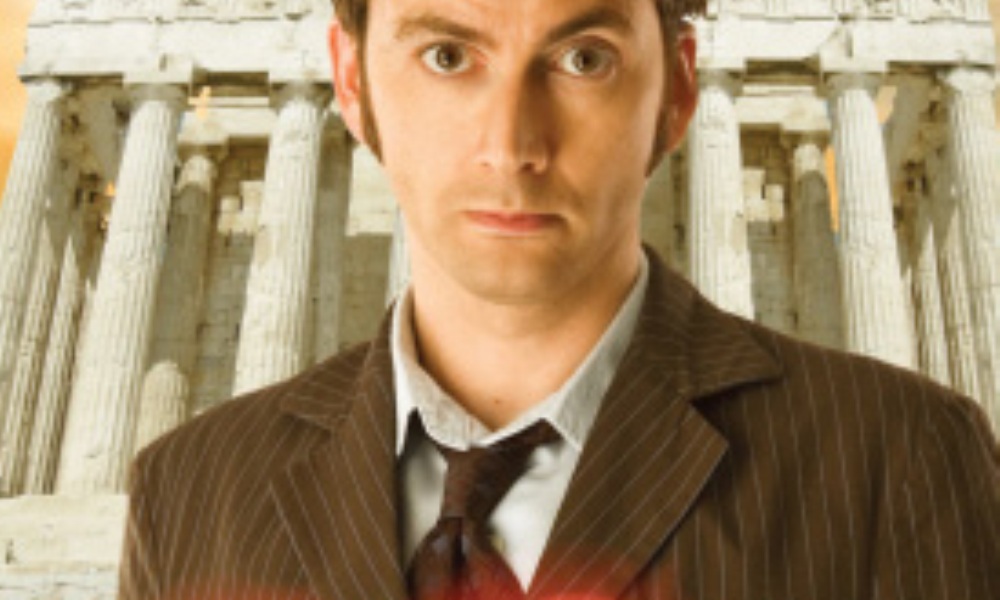 The Slitheen are back on planet Earth, but (surprisingly) not with the intention of blowing it up. Which doesn’t mean their intentions for Earth are good!

Simon Guerrier’s temporary Tenth Doctor companion, June, instantly appealed to me as a character I’d love to see the Time Lord travelling with again: she’s a feisty Classics student who has run away from a relationship break-up (her boyfriend and her best friend), and she’s run to Greece; specifically, Athens. June is making a final visit to the Parthenon before she catches the train back to England when the Doctor suddenly turns up. Intrigued by the sight of the TARDIS materialising out of nowhere, she follows the Time Lord into the sacred caves, where she finds him being held by two grey blobby aliens. She intervenes, scaring the aliens back into their ship, which the Doctor then seals.

By way of thanking June (and because, as he freely admits, he likes to show off), the Doctor offers to take her back to see Ancient Greece – which is where the Slitheen come in; they’re running tourist excursions back to Ancient Greece from the future. The alien races who are taking the Slitheen excursions all hate humanity for what it’s done in their time, so the Slitheen are running gladiatorial games in which the human combatants are killed. Of course, the Doctor and June intervene to put a stop to this.

June is an engaging new companion in the mould of Martha Jones, Sarah Jane Smith and Liz Shaw: very smart, quick-witted and compassionate. She’s also like Donna, urging the Doctor not to ignore the distress signal that the TARDIS picks up moments after June boards the ship, even though he tells her that answering it will be dangerous and he’s promised her, “One quick trip, just for a look round. Nothing dangerous. No getting involved in anything.” However, while June reminds me of various of the earlier companions of the Doctor, she’s her own person, not a pick-and-mix amalgam of them. I cared about June and what happened to her because she’s well-written and well-realised character.

The historical aspects of this story have been well-researched and Guerrier meshes together the various parts of Greek history and mythology very well: the book is informative on Greece’s past, without ever being didactic or ever overwhelming the reader with infodumps. While Guerrier never forgets that he’s primarily writing for young readers, he doesn’t dumb down either, and he also doesn’t forget that the Doctor has encountered the Slitheen before, but he doesn’t bore his readers with too much continuity for the Ninth Doctor’s stories.

Guerrier has the Tenth Doctor’s voice spot-on, and does an excellent job of capturing his manic energy, his propensity to meddle (even when he’s ill-advised to do so), and the loneliness he feels after taking Donna back to Wilf and Sylvia. I feel The Slitheen Excursion is a good blend of science-fiction and ancient history that entertains the reader, and it may even encourage one or two readers to explore the history of Ancient Greece for themselves since his author note mentions several of the books which he used for reference in writing this novel.

The Slitheen Excursion (by Simon Guerrier) was released by BBC Books in April 2009.