Doctor Who: The Eight Truths review 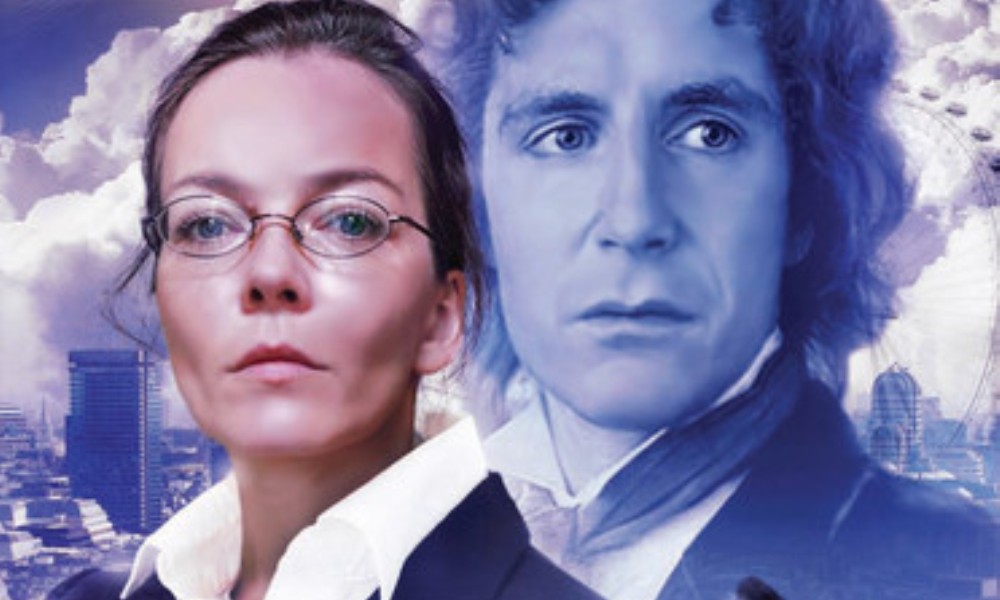 Apparently in imitation of the style of the new television series, each season of The New Eighth Doctor Adventures has incorporated a two-part finale that brings back a returning villain of some sort. 2007 gave us Eddie Robson’s Human Resources with the Cybermen, while in 2008 we heard Nicholas Briggs’s Sisters of the Flame/The Vengeance of Morbius with, as you might imagine, the ex-President of the Time Lords, Morbius. The villain barrel must be running dry, though, because this year we get Eddie Robson’s The Eight Truths and Worldwide Web with the spider-things from 1974’s Planet of the Spiders.

As I’ve alluded to before on this site, my viewing of later Pertwee serials is somewhat spotty, and embarrassingly his very last story is one of those I’ve never seen. But is this relevant? Maybe not, as the spiders themselves feature very little in The Eight Truths. Their main involvement is to suddenly crack out of people at the cliffhanger to the second episode. At least, I assume that’s what they did. To someone who’s never seen Planet of the Spiders, it’s a pretty dull cliffhanger.

And actually, “dull” is what sums up this story through and through. For a story about a second sun appearing in the sky above Earth (the return of the stellar manipulator from The Vengeance of Morbius and Orbis), it’s surprisingly low-key. The Eighth Doctor spends much of his time running around in circles being ineffective in pretty much doing anything: finding loss space probes, doing something about the stellar manipulator, investigating the Eightfold Truth, or even rescuing Lucie from their clutches. Nothing he does seems to add up to much, but he doesn’t seem worried about this either, just continuing to pluck at events haphazardly and disinterestedly.

Having really failed to use Paul McGann or the Doctor in an interesting fashion, how does the story fair with the ever-awesome Sheridan Smith as Lucie Miller? Unfortunately, not a whole lot better. Barely into the story, Lucie is hypnotised by a Metebelis crystal into joining the Eightfold Truth and spends the rest of the story under its influence. A hypnotised companion is one of the most uninteresting Doctor Who tropes and this story is no exception to that generalisation. The Eightfold Truth scenes are livened up by the return of Katarina Olsson as the Headhunter, thankfully, who continues to ooze disdain for everything and everyone around her.

The rest of the guest cast aren’t up to much, however. Karen Coltrane is back alongside the Headhunter (having sat out Orbis for some reason), but Louise Fullerton has been replaced by Kelly Godliman, who is competent, but nothing exceptional. No-one else really has any material to work with, so it’s hard to judge their performances: Stephen Moore’s Clark Goodman does nothing more than fret a lot, Sanjeev Bhaskar’s Avishka Sangakkara is a typical confused human scientist, and Sophie Winkleman’s Kelly Westwood starts off promising but just ends up slotting in as a replacement “what’s-that-Doctor?” companion. They’re all utterly forgettable ciphers as written, merely serving functions in the plot (such as it is), and the actors involved don’t do anything interesting with their limited roles.

Many of the elements of the story just aren’t particularly interesting. Though the Earth having a second sun is an arresting visual image, nothing much is done with this, nor with the world’s reaction to such an occurrence (aside from an admittedly highly amusing conversation with a cab driver). The Eightfold Truth are the same as any number of powerful alien-backed cults we’ve seen throughout Doctor Who. There’s just nothing here to set the imagination alight, which is surprising for Eddie Robson, who’s usually one of the more imaginative Big Finish writers, giving us out-there adventures such as Human Resources and Grand Theft Cosmos.

I don’t know if it had anything to do with the return of the spiders or not, but The Eight Truths was just not very engaging listening. (I can’t even muster the energy to make a derisive parenthetical comment about the theme tune.) Frequently dull and displaying a curious lack of urgency or engaging ideas, this story is not up to the levels of either previous efforts from Eddie Robson or the first parts of the previous NEDA finales. My anticipation for the follow-up, Worldwide Web, is pretty much nonexistent.

The Eight Truths (by Eddie Robson; starring Paul McGann, Sheridan Smith) was released by Big Finish Productions in May and June 2009.