Doctor Who: The Cannibalists review 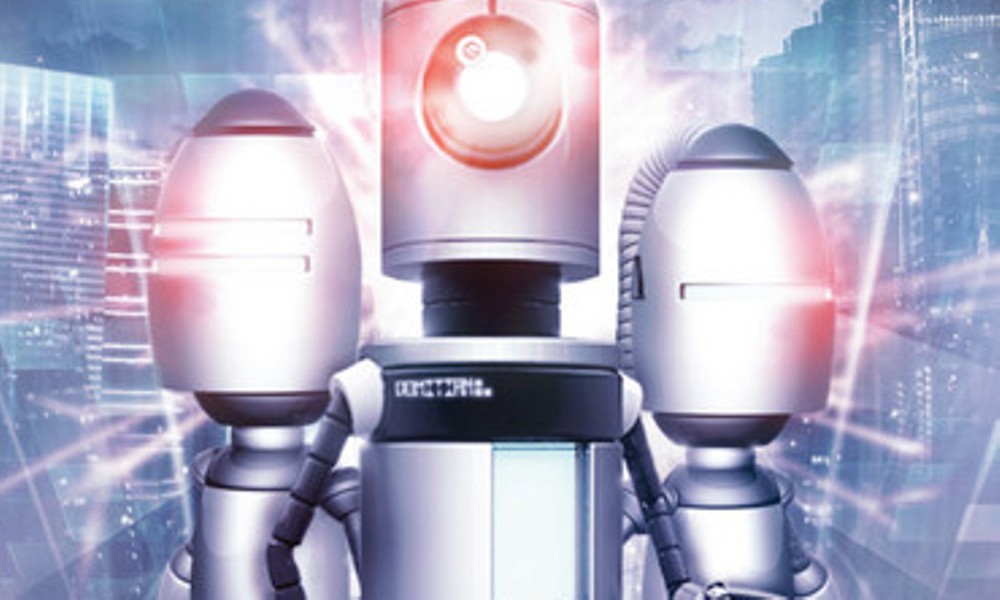 It’s a truism that the one of the strengths of audio dramas is their ability to depict things difficult to show on screen without blowing the effects budget. Usually, this is done by simply having stories too big for the screen: epic space battle spanning several planets, long quests throughout different time periods. Another way it can be done is by having characters that simply would not work on screen. Four of the seven characters in this season’s Orbis were not humanoid, which would have required CGI or animatronics or suits on screen, but with very little payoff, as they might have well been humanoids.

The Cannibalists takes this a step further, though: outside of the regulars, there are not any other humanoid characters at all. The other seven actors all play robots (or computers). Short of hiring Pixar to recreate WALL-E, this could never have worked on screen, and in this case, the characters’ robotic nature is intrinsic to the story being told. In the far future, humanity built a space city called the Haven and staffed it with robots to maintain it until they arrived to occupy it. Of course, they never did. Hundreds of years later, the Doctor and Lucie turn up, and discover that things have taken a turn for the worse.

Technology run rampant without human supervision is a common science-fictional theme, and even a common Doctor Who one (it appears in three of Steven Moffat’s four television stories, for starters), but rarely is it done to this extent. And, as this is audio, it pretty much works – the listener focusses on the robots’ voices, not the fact they look like men in suits (The Mind Robber), a bit clunky (The King’s Demons), or just plain daft (The Sontaran Experiment). The only problem here is that the vocal effect applied to the actors’ voices to make them sound like robots makes them sound somewhat similar; usually I was fine because they had distinct personalities, but the three Assemblers (Nigel Lambert as Domitian, Teddy Kemper as Macrinus, and Oliver Senton as Probus) may as well have been the same character for all I could tell them apart. It doesn’t help that their characters are largely ciphers; they could be the well-meaning but ineffective leaders in any number of Doctor Who stories.

Other than that misstep, though, the robot conceit works perfectly. Phil Davis previously appeared in the 2008 television season’s The Fires of Pompeii as Lucius Petrus Dextrus, where he failed to impress me as he seemed to largely snarl a lot, but he is fabulous here. He plays the crazed Cannibalist leader Titus, where a lot of snarling is wholly appropriate, and he is obviously enjoying himself. Which is good, because Titus is enjoying himself too. A pedant might point out that Titus is a very one-note characters as well, but it’s a very enjoyable note, so I can overlook that.

The standout performance of the play is, however, is Phill Jupitus as Servo. A robot poet is a fun idea, and Jupitus plays him with just the right mixture of seriousness and humour. He works well with Paul McGann, too, who reacts to Servo’s masterpieces in a similar fashion. He’s also a joy to listen to on the CD Extras; it turns out he’s actually an NEDA fan and listens to the stories on BBC7. The best interview of an actor who is not Sheridan Smith this season. Unfortunately, Sheridan herself is not as well served by this release: nothing bad, but nothing standout either.

The story itself, by Jonathan Morris, is decent. The short format means things rush a long a bit in the second part, but not so much as in some Big Finish two-parters. The characters are searching for a reset button to wipe clean the minds of the Cannibalists, allowing the Haven to start over, and its discovery is sudden and obvious – and undercuts some of what had gone before in the story. But I was surprised by exactly what was done with it once discovered, though one particular twist was so obvious that I didn’t buy it when the Doctor was surprised; I hadn’t been! The ending is quite nice, setting up a new future in true Doctor Who fashion. And there’s a good joke. (And a not-so-good theme tune.)

I was quite pleased with The Cannibalists; it’s one of the stronger stories in this season of New Eighth Doctor Adventures. It does exactly what any good Doctor Who story should do: put the Doctor and his companion in an interesting, fantastic situation and tell an enjoyable story populated with memorable characters and villains. A space city populated by machines, a robot poet, and a mad Cannibalist are certainly no exceptions to this rule. It’s not without its flaws, but it is quite enjoyable.

The Cannibalists (by Jonathan Morris; starring Paul McGann, Sheridan Smith) was released by Big Finish Productions in May 2009.