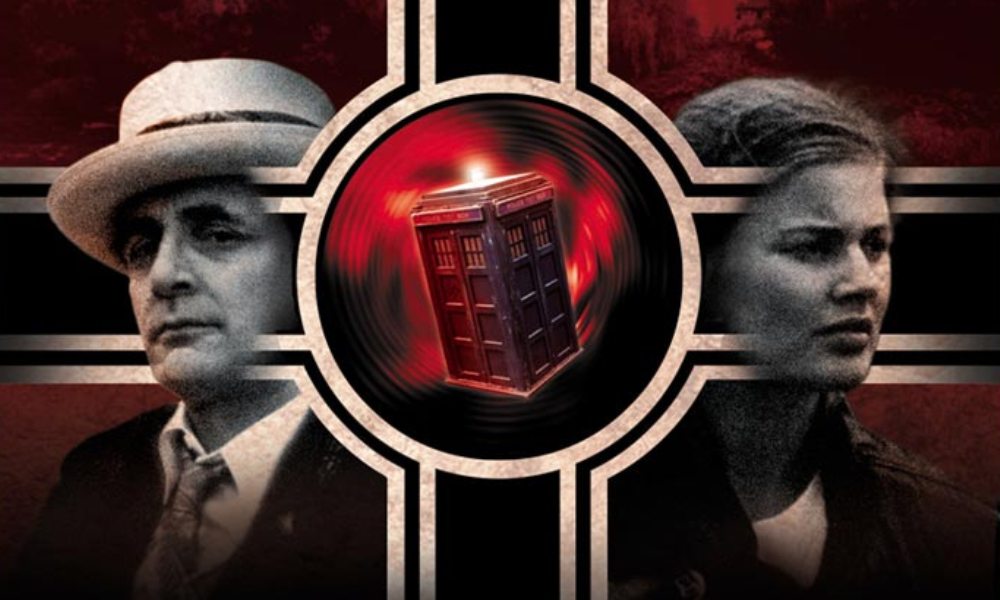 “We haven’t even been shot at yet!” Ace protests when the Doctor uncharacteristically takes one look at the dark castle courtyard they’ve landed in and tells her to run back to the TARDIS. “It’s only a matter of time,” he growls back, but it’s already too late. The Nazi guards of Colditz Castle have far too much experience in foiling escape plans. This is, after all, where the prisoners of war who escaped other camps have been sent for safekeeping.

Ace tries to explain that they aren’t spies, an explanation that gets weaker and more unconvincing with each thing Feldwebel Kurtz pulls out of her rucksack, from the Sony Walkman (he thinks it’s a brainwashing device) to the several canisters of homemade explosives. But it’s the technology in the TARDIS that Kurtz thinks will sweep the Third Reich to victory.

While Ace gamely joins the latest prison escape committee and Kurtz is trying to reverse-engineer the Walkman, the Doctor is dealing with the mysterious Ms. Klein. Like him, she appeared out of nowhere. Like him, she knows a great deal about the TARDIS – far more than anyone should who belongs in 1944. Somewhere, there’s a temporal paradox…

These days, Colditz is mostly famous for being David Tennant’s first introduction to the Big Finish Doctor Who monthly line. (He will also star in Medicinal Purposes). His photo in the liner notes show him glaring at the camera, still in character as Feldwebel Kurtz. It’s not a very deep role – he gets to do all the shouting and threats expected from a standard Nazi guard while other characters are more nuanced – but it’s a large one. Certainly large enough to justify any Tennant fans to pick it up to make their collections complete.

But that’s far from the only reason why you should buy Colditz. Lyons neatly avoids the two most temptingly overused cliches of Who, the first being aliens meddling in historical events and the second being the subplotlessly linear “see villain, defeat villain, the end”. The only alien in sight is the Doctor, and he is surrounded by a dozen humans with a dozen different motivations. There is no one villain. There’s no villain at all. Each character, including Kurtz, has an understandable goal, it’s just that those goals are opposed to every other character’s. Thus, the story builds in a series of twists and reveals; each episode climax isn’t just a cliffhanger but a twist in an ever-changing plot. Add on the timey-wimey temporal anomaly and you’ve got a Who plot that is as cerebral as it is action-packed.