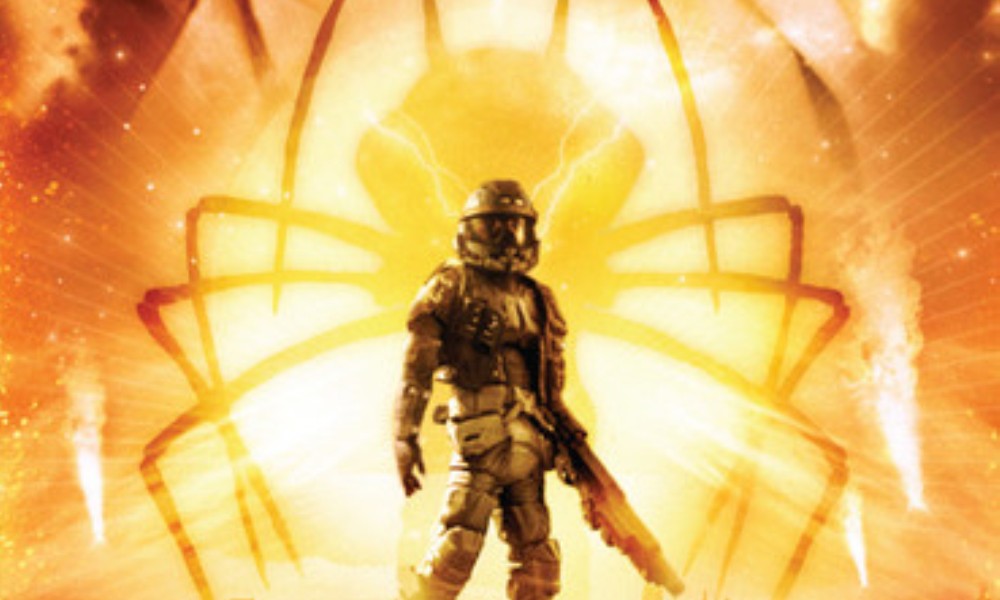 “The cover pretty much told you everything you needed to know,” a character in this story remarks of stories in general, and he’s right about this one. The second of three stories in this season of the New Eighth Doctor Adventures to bring back a monster from a “classic” 1970s serial, Wirrn Dawn sees the Eighth Doctor and Lucie thrust into the middle of the wars between humanity and the insect Wirrn that formed the backstory for 1975’s The Ark in Space. I’ll admit that I don’t have any particular fondness for The Ark in Space – it would be the weakest story of Season Twelve if it wasn’t for the execrable Revenge of the Cybermen – but I was looking forward to this story for a couple reasons. First, Nicholas Briggs typically writes good space adventure stuff: Sword of Orion is a good story, and I personally love Embrace the Darkness. Second, the trailer made it sound rather fantastic.

Unfortunately, it’s a little too much like Briggs’s previous deep-space stories. The Doctor and his companion find themselves aboard a spaceship of hard-bitten, suspicious Earth people, filled with characters recognisable from previous Briggs efforts: the authoritarian female commanding officer, the grizzled and trigger-happy veteran, and the put-upon junior officer. (At least we’re spared the usual collection of regional English accents in this one.) Though good actors can usually breathe some convincing life into these kind of roles, there’s no such success here. Liz Sutherland’s General Farroll doesn’t do much beside mumble in her sleep. I was utterly shocked to look at the cast list after listening and see that Colin Salmon had played Trooper Salway; Salmon does pretty much nothing interesting with the part, not that there’s much interesting to do with a blustering cowardly soldier. Daniel Anthony, primarily known as The Sarah Jane Adventures’ Clyde Langer, plays Trooper Delong and is the strongest of the guest cast; I felt he had a shaky start, sounding a little too Clyde-ish at times, but once Delong and the Doctor had a few scenes together, Anthony did a very good job.

The story gets off to a pretty exciting start; thankfully, Briggs realises that he only has an hour to tell a story, unlike some NEDA writers, and plunges the Doctor and Lucie straight into the action, with them walking out of the TARDIS and into a battle. In short order, they are captured, the ship they are on is destroyed, and they flee into space in space suits. Oddly, this last bit was one of my most favourite and least favourite parts of the play. I loved the visual imagery of the Doctor and Lucie drifting in space, watching the battle from afar, seemingly utterly powerless to do anything about it or even find the TARDIS and leave. And then, sighting the TARDIS falling towards a nearby planet, they blast off with their rockets towards it, clinging on to one another and screaming. On the other hand, it contributes nothing to the story; before they can get to the TARDIS, they are captured by the exactly same three people who had them in custody ten minutes ago. So what was the point of that? Also, was the scene where Lucie can’t figure out where the blue button to turn on her comm is supposed to be funny? If so, Briggs really needs to stay away from humour.

All of this excitement is interspersed with one of the worst Doctor Who staples, the alien monster off by itself talking to itself. Beth Chalmers talking with an electronic effect over her voice is not my idea of interesting, and it especially makes for a rubbish cliffhanger to hear her hiss “He is leaving… leaving the… female… for us!” as a bunch of insects chitter in the background. (Do you know what else makes for a rubbish cliffhanger? The world’s worst arrangement of the Doctor Who theme crashing in afterwards.)

The first part is a decently exciting action adventure, but in the second part it all goes downhill. Only having thirty minutes left apparently means that the Doctor’s contribution to the rest of the plot has to be limited to figuring out what’s going on but not actually doing anything with that knowledge except hitting a gong. The worst of it is, he should do something about it. I just absolutely cannot believe that the Doctor would countenance the plan developed by the “indigs” to combat the Wirrn. It’s the sort of thing he would rail against in normal circumstances, but here he just mumbles something about the law of nature and leaves with Lucie, hoping that someone will think of something better after he leaves. I could see a good story being made about the Doctor being forced to see the cruel law of nature as better than the alternative, but here he is the only person to like the idea and spends his time trying to convince everyone else of it. And then just to scarper off once he’s out of personal danger? It’s a gross mischaracterisation of the Doctor that ruined the whole play for me. I didn’t buy it at all.

Indeed, characterisation of the regulars was not the story’s strong point. The Doctor was not as clever as he ought to be – how he took half the play to figure out the meaning of “indig” when I had it upon first use is beyond me. Ditto his surprise at the fate of General Farroll. And Briggs’s Lucie is oddly flat, given his success at writing her in the second season’s fantastic Sisters of the Flame. She does get her moments here and there, though, and Sheridan Smith turns in a fantastic performance as always. Paul McGann seems a little better here than he has been of late, as well. The amnesia plotline from Orbis and the uncertainty in the Doctor and Lucie’s relationship seems to have been totally forgotten here, though. Was Hothouse supposed to have resolved it? Because then that was all a bit pointless.

If I give the story kudos for one thing, it’s that it actually does something new and interesting with the Wirrn. I’m always wary of bringing back old monsters that aren’t intelligent species like the Daleks, Sontarans, Ood, or Bandrils; with straight-up unintelligent monsters, you really can’t have them developing a new complicated and interesting plan that stops their return appearance from being a retread of their original one. (Indeed, the Cybermen never manage that with intelligence.) So, you end up with stories like Hothouse. But Briggs actually does do something interesting with the idea of the Wirrn without actually changing anything about their premise; he emphasises something that was present in The Ark in Space but not particularly capitalised on. So while Wirrn Dawn might be a promising adventure that falls apart in a number of areas, it’s surprisingly not because of its status as a gratuitous returning monster story.