Torchwood: In the Shadows review 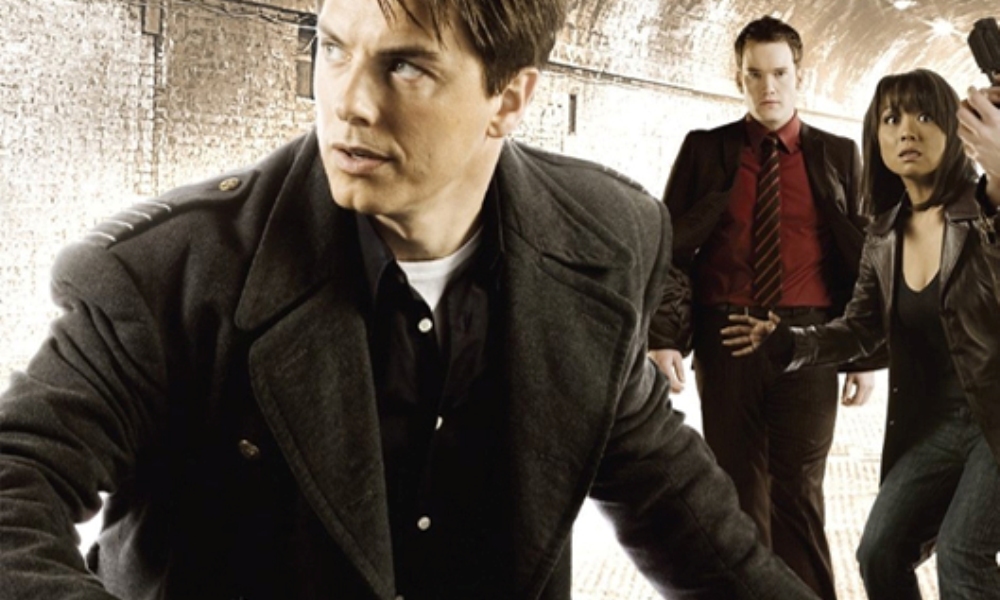 When PC Andy is sent to investigate the skeleton on a Cardiff doorstep, he figures it’s a “spooky do” and calls Gwen Cooper. When it turns out that the skeleton looks as though it belonged to very old man who died long ago but actually belongs to a young man who disappeared the night before, all of Torchwood’s resources are brought to bear on the problem.

The next corpse proves that it’s not personal. The only thing the dead had in common was a taxi trip – with a driver who knows how to send people straight to hell. Literally. There are thousands of taxis in Cardiff. Can Torchwood find the killer among them – and, more importantly, can they bring the driver down without their aged corpses being flung on the doorstep the next day?

In the Shadows is a story that depends more on emotion than on logic. Sometimes the emotion is dead on – the descriptions of the slow deaths of the victims is true horror, especially as you realise that nothing they can do will end the torment of their private punishment.

Sometimes the emotion is softer. Set early in the second season, there are a fair number of descriptions of Tosh’s crush on Owen, Gwen’s complicated relationship with Rhys, and lots and lots of Jack and Ianto. The story is pitched directly at Jack/Ianto fans. Well, at least Jack/Ianto fans who don’t mind Ianto being played as a very young teenager. While Lidster wanted the listeners to get the creeps at the killings, he accidentally got the same reaction out of me during some of the love scenes. On TV, Ianto doesn’t ask Jack much about their relationship, so I find it hard to believe that he’d do so here. I find it impossible to believe that he would actually use the phrase, “Are we going steady?”

Eve Myles’ reading is nuanced and clear (and her imitation of Jack’s accent is fairly decent.) But Lidster tries to make it as if Gwen is actually telling the story rather than Eve narrating it, which would have worked if there weren’t so many scenes that Gwen never witnessed and had no way of knowing about. Again, emotion over logic.

Still, it’s a good story. For those who miss Owen and Tosh, this is a glimpse back at what the full team could be when it was working well. For people who like horror, there are plenty of terrifying chills. For people who like relationships, you’ll have lots of scenes. Just don’t expect the plot to hold up under critical analysis.

In the Shadows (by Joseph Lidster; read by Eve Myles) was released by BBC Audio in May 2009.