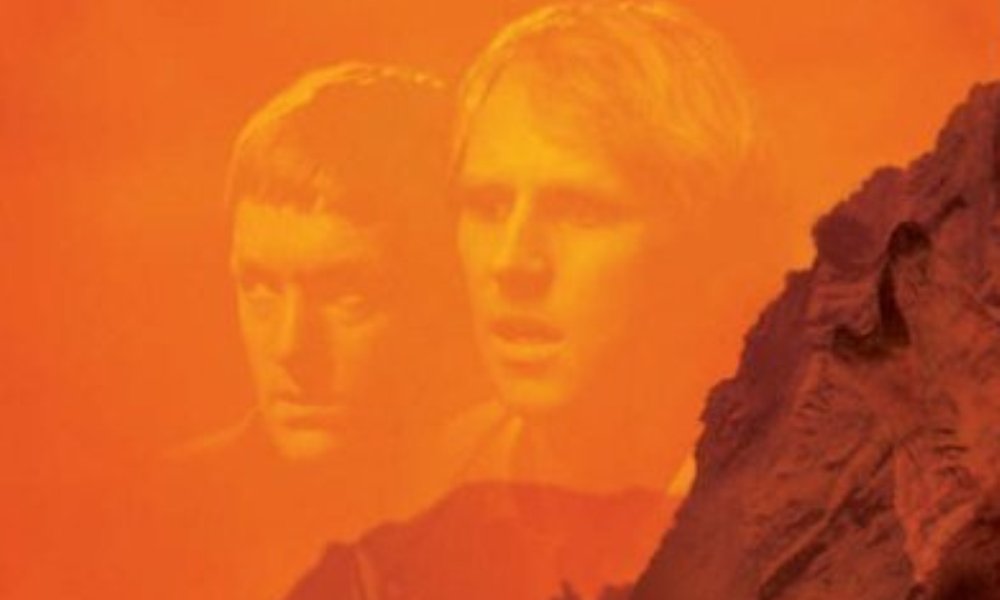 The Doctor is determined to change Turlough’s bad impression of Earth, so has taken him to Rio for Carnivale. That was the plan, anyway; it almost immediately starts going wrong when Turlough runs out of money, then gets mobbed by a pack of stray dogs. Things get worse when someone wearing a wolf mask threatens him. The fun is definitely over when the Doctor sees an unconscious young man in a stretcher being loaded onto a cargo train. Haring off in pursuit, they find a very wealthy, very worried woman, whose entourage includes a private doctor working on a cure for her seriously ill son. She would not have moved him at all, except that she had once again been found by “the Grey One”, who has been tracking her down – for centuries.

This story is interspersed with scenes from the medieval trial of a werewolf and an American girl recording messages for her grandfather. The trial connection comes quickly – the woman, her family, her servants, and her pursuer are all the loups-garoux (werewolves) of the title. Ileana’s son is stuck between forms; she hopes he can be cured of lycanthropy once and for all.

How the American fits into it isn’t explained until the final segment, despite her random reports throughout. Pacing is a problem in Loups-Garoux. Like the train ride which covers two thirds of the adventure, the story moves at a set speed in a set direction; the internal cliffhangers seem hastily contrived to punctuate an overall slow plot. Another problem is the dialogue throughout, much of which is clunky, cliched, or both. “Yadda, yadda, yadda” is a particularly unconvincing mystical Indian chant (although it’s not half as unconvincing as the mystical Indian plot resolution).

Turlough does not show off to his best advantage either. Although the story doesn’t make much of his “youth” – Strickson was too old for the role in the first place and now sounds nothing like a schoolboy – the character spends most of his time either whining that he isn’t appreciated enough or needing to be rescued.

About the only really amusing segment is when the Doctor gets caught in the battle of the sexes as well as species. He plaintively explains, “women, they’re not exactly my area. Except for…” before spending the next two minutes name-checking all the female companions to date. It’s a hilarious scene – but it’s also only two minutes out of 110. There aren’t a lot of Turlough adventures in the Big Finish line, but only the most dedicated of his fans is going to find much to enjoy in this one.