Doctor Who: The Mahogany Murderers review 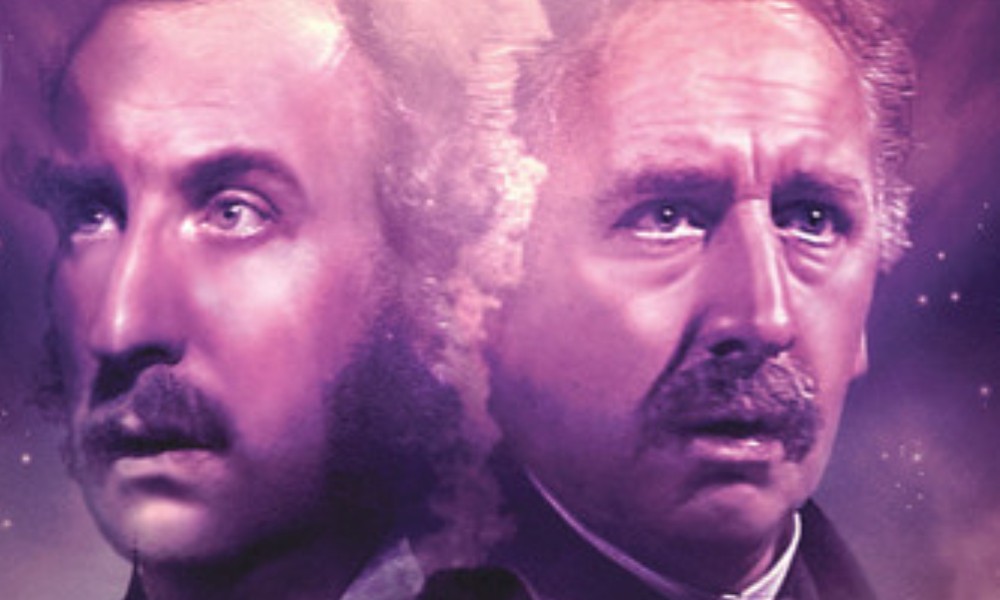 Let’s start with a confession. I’ve never seen The Talons of Weng-Chiang. Before I received The Mahogany Murderers for review and did some quick research on its background, I couldn’t have told you who Jago and Litefoot were. Given this sordid secret, you might wonder why I’m reviewing this story at all. Why not leave it for someone who already knows the wonder of these characters? I did give the idea some thought. But, in the absence of a “You must be familiar with Talons to enjoy this audio” disclaimer, I assumed it was open even to neophytes, and could be reviewed in its own right, without reference to its nostalgia value. So examined, The Mahogany Murderers proves charming but, like so many Companion Chronicles entries, too simply-plotted to satisfy.

Andy Lane’s script makes clever use of the reliance of Companion Chronicles releases on narration by having Jago and Litefoot tell their stories to each other. Sitting in a tavern, they relate separate experiences that prove to be part of a larger adventure. This approach leads to some postmodern humour, as Jago and Litefoot argue about the most dramatic points at which to segue between their stories. This is amusing at first (I particularly enjoyed the “cliffhanger”), but grows tiresome after a while. More generally, the interplay between Jago and Litefoot, while a bog-standard comic double act, is performed with enough skill and conviction that it doesn’t grate on the nerves. The final element of the frame narrative is director Lisa Bowerman’s cameo as barmaid Ellie, which is pointless. Bowerman is entertaining as always, but Ellie is a good-natured cipher, like every other generic waitress in the history of fiction, and (pardon the pun) brings nothing to the table.

So much for the frame; what about the story proper? The police have brought Litefoot a most unusual corpse, while Jago is investigating a mysterious smell at Suffolk Wharf. What fiendish plan links these two occurrences? Don’t read the back cover of the CD, because it gives you all the information you’ll need to answer that question, and once you have that answer you’ll have pretty much the entire plot of The Mahogany Murderers. It doesn’t help that this plot is communicated largely through dialogue scenes, including one particularly egregious example where the antagonists explain everything via awkward expository exchanges. There are a few moments of action, most of which involve characters hurrying from one place to another, but very little in the way of tension.  We get the episode-and-a-half of investigating that features in so many four-part Doctor Who stories, but here it’s directly followed by an abrupt anticlimax. On top of that, the conclusion leaves a major strand of the plot unresolved. Whether this is a setup for a sequel or just how the story is structured, it underlines the excessive simplicity of the plot as a whole. There’s a beginning here, but no middle and about half of a successful ending.

Since it centres on Litefoot and Jago, who even their most devoted fans must admit are not characters in the literary sense of the word, there’s no call for character development in The Mahogany Murderers. The class difference between the two protagonists is acknowledged, but as a fact rather than something the story is about. Themes likewise take a backseat, though there is some effort to evoke the horrors of lower-class life in the nineteenth century. The brief scene in question comes off as perfunctory, an attempt to acknowledge the realities of the story’s setting without letting that get in the way of a ripping good yarn. All it does is call attention to itself without actually saying anything.

What keeps the limited plot from dragging the audio down is the performance of its two lead actors. As I said above, Trevor Baxter and Christopher Benjamin make the relationship between Jago and Litefoot feel real, even though the script’s comic banter never transcends the obvious. In narrating events, they bring just the right note of irony to the faintly ridiculous proceedings (this being Doctor Who, “faintly ridiculous” is not intended negatively). On occasion the obvious difference between the actors’ ages and those of the characters detracts from their performances, but most of the time their work is so skilful that this doesn’t become a problem.

The thing about bringing back well-liked characters is that the fact of their return is often more interesting to an audience than the context in which it occurs. In a very real sense The Mahogany Murderers is about the return of Jago and Litefoot; strange corpses and unpleasant smells are just appropriate trappings. Even for a listener who doesn’t have fond memories of these characters, they’re enough fun that the audio achieves mild success just by having them in. But… a funnier script or a more complicated plot could have made this a classic. Instead it’s only a frustrating hint of what might have been.

The Mahogany Murderers (by Andy Lane; starring Christopher Benjamin, Trevor Baxter) was released by Big Finish Productions in May 2009.