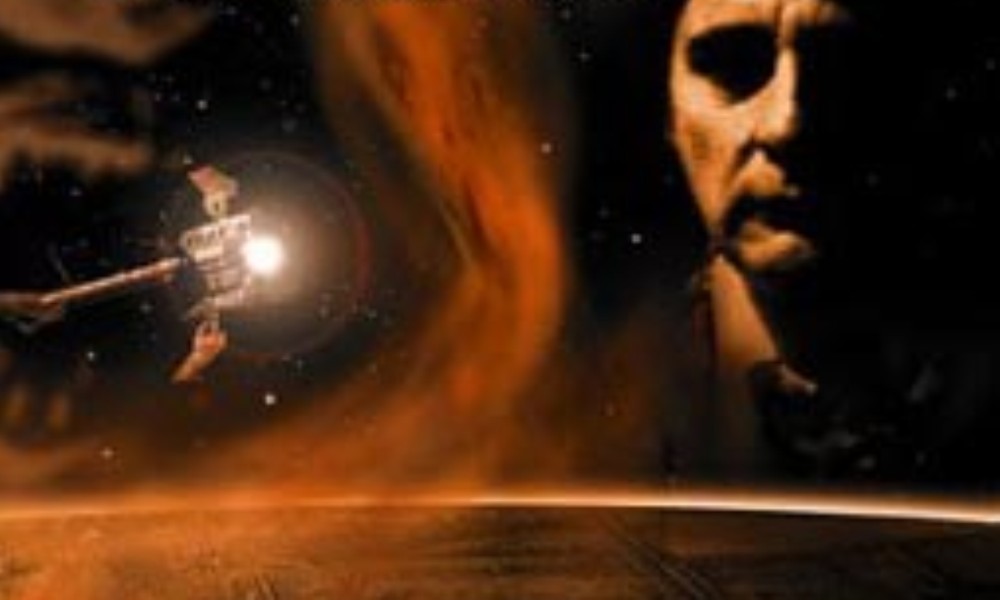 “You hang around waiting for museums and art galleries to burn down or whatever, and then you loot them!”

Ace is shocked by the provenance of most of the works in the TARDIS art gallery, despite the Doctor’s sulky protest that he is rescuing, not stealing. However, Ace doesn’t object to helping him expand the gallery, which is good, because Munch’s The Scream is about to disappear in unusual circumstances – or, if the Doctor gets his way, disappear in the TARDIS.

The Scream has worked its way to an artists’ colony on Duchamp 331; a fitting location, as something in the constant dust storms sounds like an unending scream. Some say it’s a Dalek, trapped in the planetary core. Some say it’s baby sand sharks calling for a meal. But soon there’s no question that the screams are human ones. The dust is breaking in, strangling people by turning all the liquids in their bodies into more dust. Wealthy art patrons are oblivious to the carnage in their refuelling stations, but they’ll soon be screaming too, discovering that the mysterious masked art lover has his own brutal agenda.

Even tough Ace will be doing some screaming – because when she goes to find the painting, she discovers that it is living up to its name…

Dust is a good theme for this story. Like dust, it is tiny separate parts thrown scattershot into the air to swirl around and see what sticks, instead of a cohesive whole. The audio starts by introducing the listener to three separate casts in three different times and places within three minutes, and it never quite settles down afterwards. Especially because room has to be left in the plot for all the shout-outs; it would quadruple the size of this review just to list all the episodes that are referenced. (One scene isn’t even going to make sense to anyone who isn’t familiar with City of Death.) Along with the continuity shout-outs, Bev Tarrant (introduced in Tucker’s previous Big Finish story, The Genocide Machine) returns to team up with Ace. No less than three classic-era villains are dusted off and wedged in, one of them gratuitously.

It’s too much for the story to bear. Instead of a plot, we’re getting a series of cameos. I’m fairly well up on my classic Who and even I had to go look up some details to write this review. Dust Breeding is pretty much one long, complex, and not very coherent in-joke for fans who are particularly fond of trivia quizzes.