Doctor Who: Enemy of the Daleks review 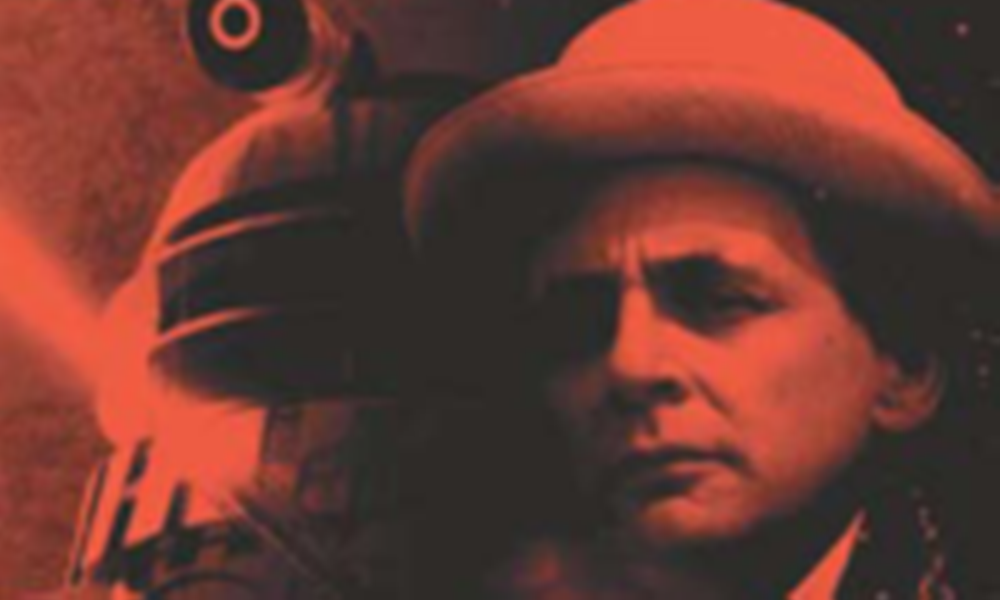 The Daleks are swarming across the sector. One ship of Valkyries – female fighters – flees the battles, limping to the nearest human scientific outpost for assistance… but the Daleks aren’t far behind. The troubled outpost, though, is plagued by a disease. Or is it a weapon? Perhaps both? The Seventh Doctor tries to convince Ace and Hex to stay behind, but Hex wants to help the stricken outpost crew, and Ace wants to fight the Daleks. Meanwhile, the Doctor is neck-deep in what is about to become the greatest atrocity of the entire Dalek War.

Enemy of the Daleks is gritty, claustrophobic, and dark; everything that you want out of a showdown between McCoy’s Doctor and the giant pepperpots. Those looking for a laugh and some light entertainment should steer clear, but if you’re after an examination of the moral choices made during war, and a look at the effects of war on the human psyche, this is the story for you.

David Bishop crafts a murky world of labour camps and galactic civilisation hanging on by its fingernails. The plot is straightforward but affecting, unflinchingly tackling big, scary concepts head-on, and steadfastly refusing to let our heroes off easily with a handy deus ex machina or contrived plot device.

Though firmly set in the Big Finish Seventh Doctor continuity, there is more than a hint of the Virgin New Adventures peeking through in the characters of Ace and the Doctor. There is also more than a hint that Hex, the gentle soul who only wants to help people, may be rethinking his decision to gatecrash the party. The subtle disharmony among the TARDIS crew is like an itch that you can’t quite reach, but the presence of Hex is a grounding influence in the audio. Ace has a level of toughness to which few of us in real life can aspire, and the Doctor is, well… the Doctor. But Hex is Everyman. Hex reacts to scenes of horror and impossible choices the same way you or your co-workers or the bloke down the street might react. He is occasionally heroic, but he’s not a Hero. And his presence adds a welcome – if uncomfortable – sense of realism to the outre.

The regular actors give the script everything they have, and it’s obvious that their enthusiasm for the material remains as strong as ever, even after so many years. Guest star Kate Ashfield is superb as Lieutenant Stokes, the cowardly commander permanently damaged by years in a Dalek labour camp. Bindya Solanki and Jeremy James put in good performances as well, with James getting to make full use of his rather amazing vocal range with multiple roles. Only Eiji Kusuhara lets the side down a bit, with a slightly wooden performance that seems to be more about the accent than the acting. Of course, Nick Briggs is the voice we all know and love to hate as the Daleks – menacing, as ever.

A word about the music: for years, Big Finish’s background music was, at best, just sort of “there”. At worst, it was distracting, and occasionally irritating. Lately, it has been better – much better. Steve Foxon is credited with the music and sound design in Enemy of the Daleks, and really uses the incidental music to enhance the gritty feel of the piece. It’s good stuff.

All in all, Enemy of the Daleks is a must-have for Dalek buffs, and gives every indication of being an important step in the character development of Hex. Does it herald a change in the wind for the TARDIS crew? We’ll have to wait to find out.

Enemy of the Daleks (by David Bishop; starring Sylvester McCoy, Sophie Aldred, Philip Olivier) was released by Big Finish Productions in May 2009.