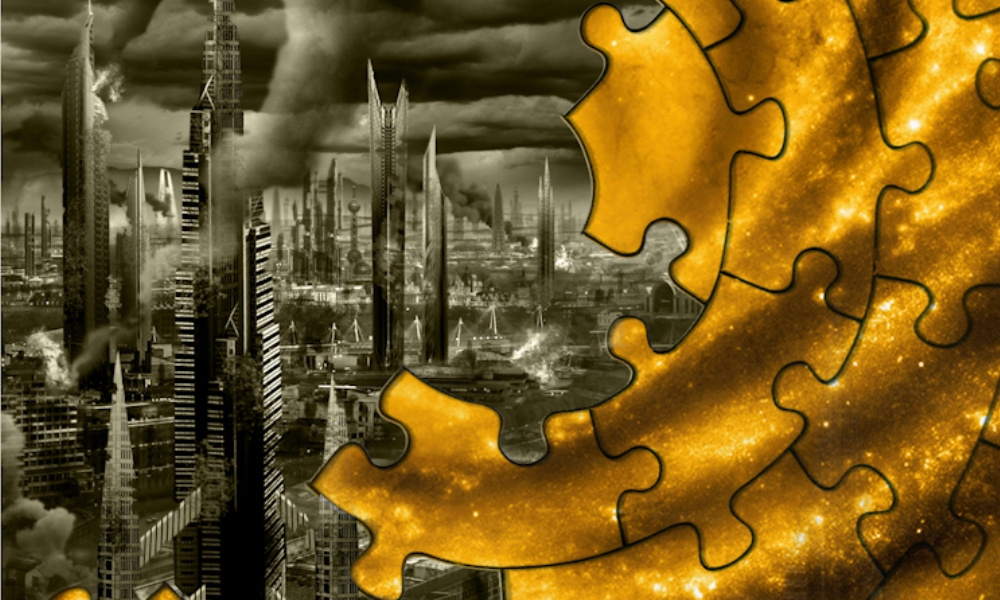 A Singular Destiny, written by Keith R.A. DeCandido, is one of several Star Trek novels dealing with the direct aftermath of David Mack’s 2008 Destiny trilogy. While the other novels focus on specific series, A Singular Destiny takes a broader approach and shows the effects of the trilogy’s events on a bigger scale. It does so mainly by following Professor Sonek Pran, an adviser of several previous Federation presidents, who now is reactivated by Nan Bacco’s government to help with the Romulan states. Once he’s back in the political game, though, he’s sucked deeper and deeper into it, and discovers a huge conspiracy which will shake the balance of power profoundly.

While A Singular Destiny has its weaknesses, it does very well what was really necessary, in my opinion: showing the effects of the Destiny trilogy beyond the confines of the characters from the various twenty-fourth century series. In the process, we get a very welcome return of the Bacco government, and the involvement of Corps of Engineers characters which always is a nice bonus.

But let me come to the weaknesses I mentioned above, the first of which would be the character of Sonek Pran, who’s a bit too “successful” for my taste. Basically, everything he does works out in the end; that’s especially hard to swallow when he is able to convince someone by saying something perfectly normal. My second complaint is pretty much a direct consequence of this: sometimes the story just develops too smoothly, not least because of Pran’s persuasion skills. But in the overall picture this is more or less a negligible point, since the book is just too interesting and engaging to be pulled down by such minor quibbles, and I guess Pran’s success was at least partially levelled out by the problems he has with his son and the big hit he has to take in his personal life.

Aside from the problems I mentioned with Pran, the characterisations are top-notch and really bring the story to life – even Captain Ezri Dax, a concept I had a hard time really buying into in the Destiny trilogy, works for me here. The Bowers we get here is harder than the one we know from the Deep Space Nine post-finale books, but I think his change is actually a nice metaphor for the change the whole quadrant has gone through over the last years with the Dominion War, the Borg Invasion, etc. It makes perfect sense to me that people change as a result of such horrible events, especially when they work in such an important position like first officer of one of the Federation’s most advanced ships. Little cameos like McCoy’s are also handled well by not being overplayed and being kept in the background.

You could call A Singular Destiny a transitional novel, and you would be right, since it picks up the Alpha Quadrant in the state David Mack left it at the end of Destiny and carries it to the beginning of the “next big thing” for Trek literature, the Typhon Pact arc. But the great thing about A Singular Destiny is that it doesn’t really feel like a transitional novel, and easily sucks you in on its own merits. Overall, it’s a strong novel, once again showcasing how talented a writer Keith R.A. DeCandido really is. Where other writers might have settled with unceremoniously bringing the Trek universe from Point A to Point B, he creates a tale that keeps the reader caring for the characters the whole time, while never losing the focus.

A Singular Destiny (by Keith R.A. DeCandido) was released by Pocket Books in February 2009.