Doctor Who: The Eye of the Scorpion review 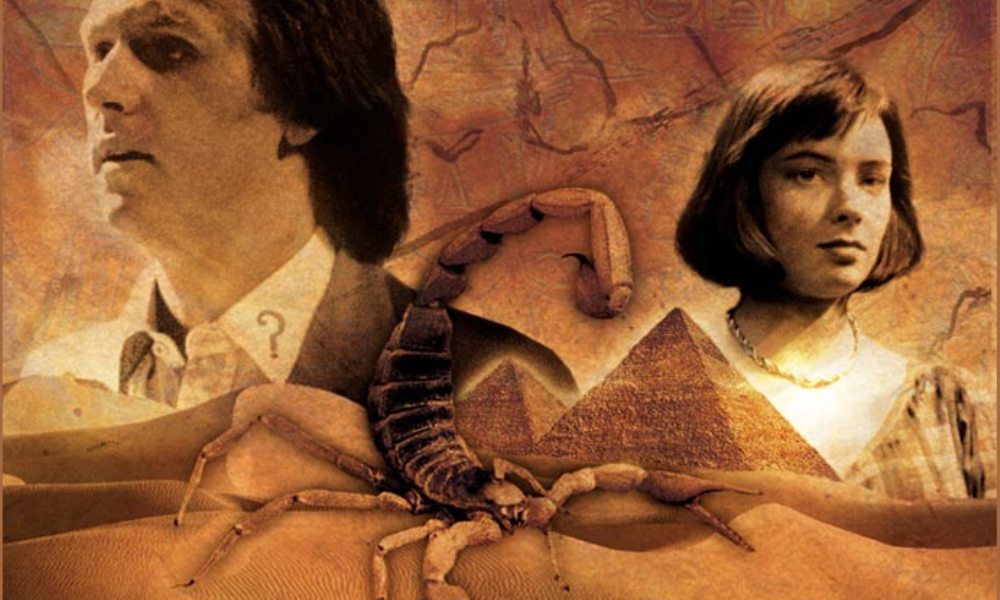 The battle of the sexes is a literal one when the Doctor and Peri land in ancient Egypt and save a woman being chased by an armed warrior. It turns out that Erimemushinteperem – Erimem for short – is next in line to become Pharaoh after the suspicious deaths of her brothers and father. Female pharaohs are not unheard of – but the Doctor is uncomfortably aware that he has never heard of this particular Pharaoh. Certainly her prospects of ruling look grim, with the priests delaying her coronation, multiple assassination attempts, an army of mercenaries marching in to usurp the empire, even a mysterious suicide in the well-guarded harem where her mother lives. Erimem seems to have no-one she can trust. So she relies on the two strangers that the gods themselves must have sent for her protection.

But the man who wants her throne also has a gift from the gods, an unusual box that grants him great but terrible, almost divine powers…

The Eye of the Scorpion is a serviceable story; enough twists to keep it unpredictable, but not so complex as to be incoherent. I appreciate that this is not yet another “aliens muck about in history” story; most of it is centred on political intrigue with only a garnish of science-fiction to add spice. For first time listeners there is also a certain air of menace; it seems at though poor Erimem doesn’t stand a chance, not when the Doctor doesn’t know her name. I apologise for the spoilers, but eight years later it isn’t really news that Erimem’s ultimate fate is to become a new Big Finish companion. The Eye of the Scorpion serves as her introduction and her backstory in one.

There are some fumbles. It doesn’t quite ring true to me that someone raised as the child of a living god with the expectation of becoming the consort to another living god would be so bluntly atheistic – much less willing to walk away so easily from her claim to the throne. Some parts of the storyline are strained to allow Peri and Erimem more time to bond. But that bonding is also one of the stronger points of this audio – Peri fans will be happy to see how much of the plot she drives as she helps Erimem investigate the latest assassination attempts. Over time they’ll grow to be a fabulous team; the chemistry between Caroline Morris and Nicola Bryant is unmistakable from the moment their characters meet.

The Eye of the Scorpion (by Iain McLaughlin; starring Peter Davison, Nicola Bryant, Caroline Morris) was released by Big Finish Productions in September 2001.