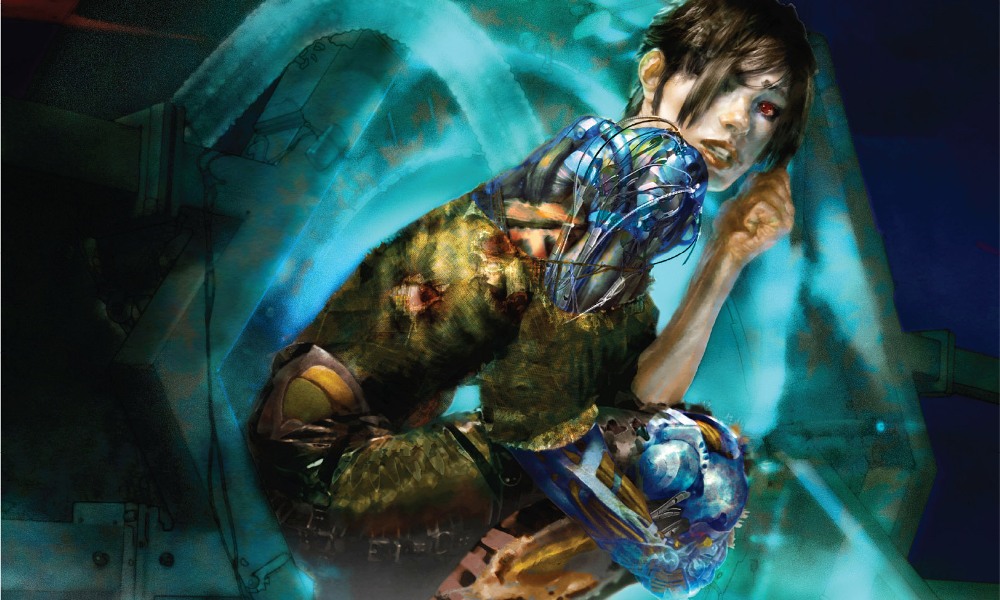 Terri Osborne kicks off this volume with Malefictorum, her first contribution to the Corps of Engineers series. In it, the da Vinci’s security chief Domenica Corsi has to deal with two mysterious murders on board her ship. Her investigations lead nowhere at first, but soon they take her and the da Vinci to Deep Space Nine and to the Gamma Quadrant. Has the Dominion threat re-emerged?

Once again Terri Osborne delivers a strong story and easily transforms what could have become a simple CSI rip-off into a story playing to the strengths of Domenica Corsi, creating one of the best Corsi-centric Corps of Engineers stories to date. Corsi gets some well-deserved “screen time” and grows as a character in the process. The plot itself is good, but pales a bit in contrast to the character work that is done. The scenes involving Deep Space Nine are great, but sadly all too brief. Overall, Malefictorum is the strongest story in the paperback.

Malefictorum is followed by Ilsa J. Bick’s first of two contributions to this book, Lost Time. When the Bajoran system is hit by distortion waves, the da Vinci is sent out to investigate Empok Nor, where the waves are coming from. During their investigation, some of the crew have to deal with experiencing contact with versions of lost loved ones, testing their resolve and loyalty.

Lost Time is a story that can easily be described in one word: meh. It’s not really bad by any means – even Bick’s writing style wasn’t as distracting as in her previous works – but overall it’s just not really engaging or entertaining, either. She doesn’t focus so much on psychological stuff here, but sadly her psychological babbling is mostly replaced by technobabble, so in the end it doesn’t help much to heighten my enjoyment of the story. There are some interesting bits in the story, though, making it at least an average read.

Corps of Engineers’s co-developer and former Pocket Books editor John J. Ordover pens the third story in this compilation. In Identity Crisis, the crew of the da Vinci have to face a Sonya Gomez who obviously has gone rogue and is threatening a starbase. Can Captain Gold and his crew talk her out of it and is everything really as it seems?

I’m not sure if it’s speaking for John Ordover as a writer or against him as an editor, but I’m enjoying his own stories more than most of his editorial projects. Identity Crisis is a fun little story transporting the contemporary phenomenons of spamming and identity theft into the twenty-fourth century. While it certainly isn’t one of the series’ most profound entries, Identity Crisis is one of those stories to just breeze through and feel entertained by without having to think about much. The characterisations are fitting, but there isn’t done much to add to the characters.

Fables of the Prime Directive is the next story, written by Star Trek newcomer Cory Rushton. When the da Vinci crew is sent out to help a Starfleet team rebuild an observation post on a pre-warp world destroyed by the Dominion during the War, they not only have to find out how much the Dominion has influenced the world, but also have to find a murderer running wild who is probably from Starfleet.

This story is very hard to pin down. One part of it – the part focusing on Carol – is really interesting, but other parts, like those with the murderer, were rather mediocre in comparison. It’s actually kind of tiresome to see a second renegade Vorta so soon after the last one. The characterisations are very good though and so overall the good parts overshadow the weaker ones and make Fables of the Prime Directive a good story.

In the penultimate story Security, written by series editor Keith R.A. DeCandido, we learn how Domenica Corsi met Enterprise’s security chief Christine Vale for the first time, when Corsi has to deal with the fact that some unresolved problems are beginning to influence her life and job. At the same time, the crew of the da Vinci learn that both Doctor Lense and Deep Space Nine’s Doctor Bashir are missing.

This is another Corsi-heavy story, and like Malefictorum it adds quite a lot to her character. Despite the fact that there’s also another plot dealing with the missing Doctors, her story takes the centre stage and pretty much relegates the Lense/Bashir part to a framing device for this story and a set up for the following Wounds. We are compensated by the fact that the “past” stuff pretty much reveals most of the mysteries surrounding the da Vinci’s security chief, though, and her coming clean to Stevens sets the stage for some potential character development for her in my opinion. Overall another good story.

The compilation ends with Ilsa J. Bick’s second contribution, Wounds. En route to a medical conference, the runabout of Doctors Elisabeth Lense and Julian Bashir hits a strange phenomenon and they crash on an unknown planet. Believing the other one has been killed, both of them have to fight their own fights: Lense has to win the trust of a rebellion group, while Bashir is hold hostage in a military hospital. Can both of them survive long enough to be rescued by their colleagues?

A good story. Maybe it’s not original enough to be outstanding, but given my problems with Bick’s previous stories it certainly was a positive surprise. The writing is good, the characterisations fitting, and while the story is a tad generic, it has a nice enough flow to nicely kill some time. Both Lense and Bashir have some interesting scenes and the little twist at the end promises to give Lense’s character an extra layer.

With the exception of Lost Time, all the stories in Wounds are strong enough to strengthen my opinion that the Corps of Engineers series is the most consistently good Star Trek series Pocket Books publishes. While the book isn’t as full of character development for all of the crew as some of the previous collections, it certainly is a very good book for Domenica Corsi, who gets some extra layers added to her already well-established character.

Overall, the Wounds trade paperback is a strong collection of stories, but sadly it also brings us one book closer to the end of the line.