Doctor Who: The Magician’s Oath review 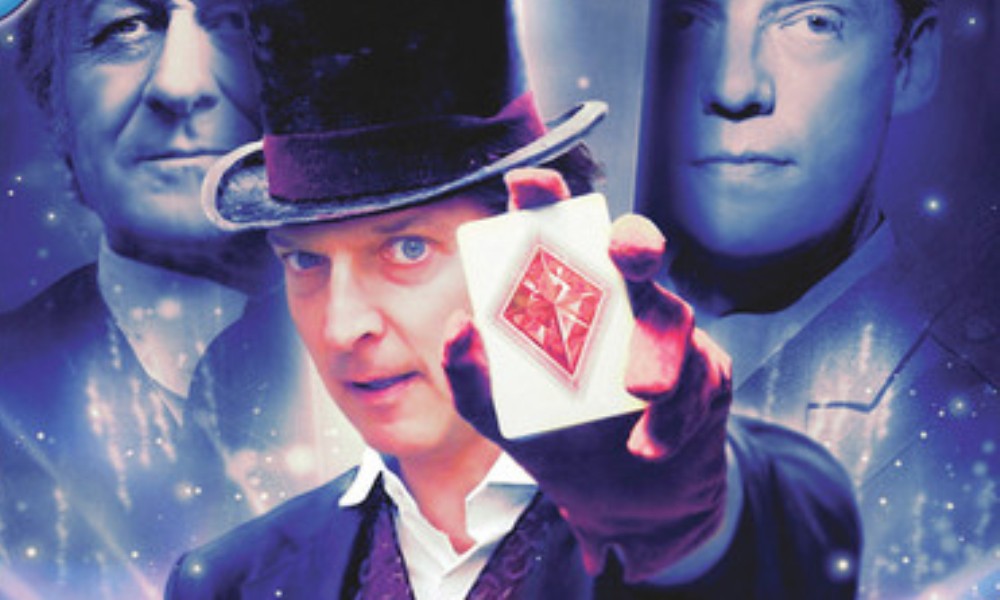 I can’t claim to be a big Mike Yates fan. Now, don’t get me wrong, I don’t dislike the man or anything. It’s just that I’ve seen every episode of Doctor Who from An Unearthly Child through Planet of the Dead – except for the majority of Seasons Nine through Eleven. The upshot of this is that I’ve had very little exposure to Mike Yates. He hardly plays a memorable role in The Claws of Axos in any case.

So I went into The Magician’s Oath, featuring Franklin reprising his role as Captain Yates, with hardly any expectations at all. Two minutes in, though, and I remembered where I knew Richard Franklin’s voice from: he was Romolo Nusek in Big Finish’s execrable adaptation of Dragons’ Wrath. This was not a terribly endearing realisation. Fortunately, Franklin put in a superior performance in this story… but it was still nothing to write home about. He’s by no means bad; he reads all the lines fine, and that’s about it. His impressions of Jon Pertwee as the Third Doctor and Nicholas Courtney as Brigadier Lethbridge-Stewart are generally passable, though sometimes it’s hard to tell when he’s switching between himself and the other men. Other times, though, he nails the Brigadier so well you’d swear it was Courtney himself. Ditto Pertwee. It’s weird. His Katy Manning, on the other hand, is about as good as you’d expect.

The story’s other actor, Michael Chance as Diamond Jack, is merely adequate. To be fair, surely some of that comes down to the limited part – he’s just called on to rant about his powers a lot – but he’s not a particularly convincing charismatic street performer, either. And he’s a bit of a poor casting choice, in that at times he sounds too much like Richard Franklin, leaving me a little confused!

So the voice work in The Magician’s Oath is fine. Not good, but usually not bad either. How about the story itself?

Unfortunately, Scott Handcock’s story is nothing terribly inspiring, either. UNIT are investigating a series of anomalous cold spots in London during the summer: snow in the London Underground, stuff like this. It starts off simple and nonthreatening, but soon a major freezing causes a massive number of deaths in Hyde Park. (This is effectively and – pardon the pun – chillingly portrayed.) The massacre has only two survivors: a street magician named Diamond Jack and a woman who volunteered to be disappeared in one of his performances. But for some reason, the Doctor and the Brigadier don’t think this is strange at all, leaving Mike Yates and Jo Grant to sneak off and investigate Diamond Jack themselves in the first of many baffling decisions made by characters in this story.

Diamond Jack turns out to be more than an ordinary street magician, of course, when he causes Jo to disappear and then disappears himself. Mike doesn’t think this is worth reporting, and he chases up Jo himself, and rescues her very easily, lucky for him. He and Jo then sit around in Jack’s house for no readily apparent reason, and then act surprised when Jack comes home and starts threatening them. Then the Doctor shows up to explain what’s going on, only it all gets a bit messy, because who Jack is is overcomplicated and seemingly not well thought-out. He’s an exile, like the Doctor (the story tries to make something of this for about nine seconds and then drops it), though in his case, he’s committed unimaginable crimes. We’re never told what these crimes were, nor are we told where Diamond Jack’s powers come from, nor are we told why his people have such a convoluted and bizarre method of punishment, nor are we told why he decided to become a street magician. His inevitable defeat is similarly uninspiring, as it seems to derive from sheer luck and happenstance. And convenient forgetfulness on Jack’s part. (There’s a key piece of information Jack doesn’t realise, and in case we don’t get that when the Doctor tells us, Mike continuously says, “He didn’t realise that…” throughout the whole climax. It gets a little tedious.)

The end trots out some stuff about Mike being in love with Jo, which is unnecessary and never really worked on the television show, and causes Mike to ruminate about his choices in life. The whole story has been framed as his reminiscence to a young UNIT officer, and it ends with some bog-standard “Oh-I’ve-devoted-my-life-to-duty-and-look-where-it-got-me” stuff. Why Mike is rambling about the 1970s to a modern UNIT officer, no-one ever bothers to explain, but it does allow Handcock to throw in a bunch of gratuitous new series references.

Rob Thrush’s sound design is a little clunky at times: there’s too much reverb on some indoor scenes, and the sound effects for the spaceship were distractingly familiar, though I don’t know from where! And I’ve always hated that (also common) explosion sound effect he used.

In the end, the whole story feels a bit aimless – things ascribed importance in the beginning, like the sole survivor of the Hyde Park massacre, are just dropped – and the climax is uninspiring to say the least. And though Richard Franklin’s performance is adequate, this story needs more than adequate to save it. Next time I want to relive the glory days of UNIT, I’d be better off picking up one of those Third Doctor serials I still haven’t seen yet, instead…

(The “CD Extra” on this instalment is a conversation between Richard Franklin and producer David Richardson, most of which is for some reason about Yates being the only “companion” to have a nervous breakdown. Also Franklin’s myriad and bizarre attempts at reviving the character are discussed. It’s, uh, informative, I guess.)