Sapphire & Steel: All Fall Down review 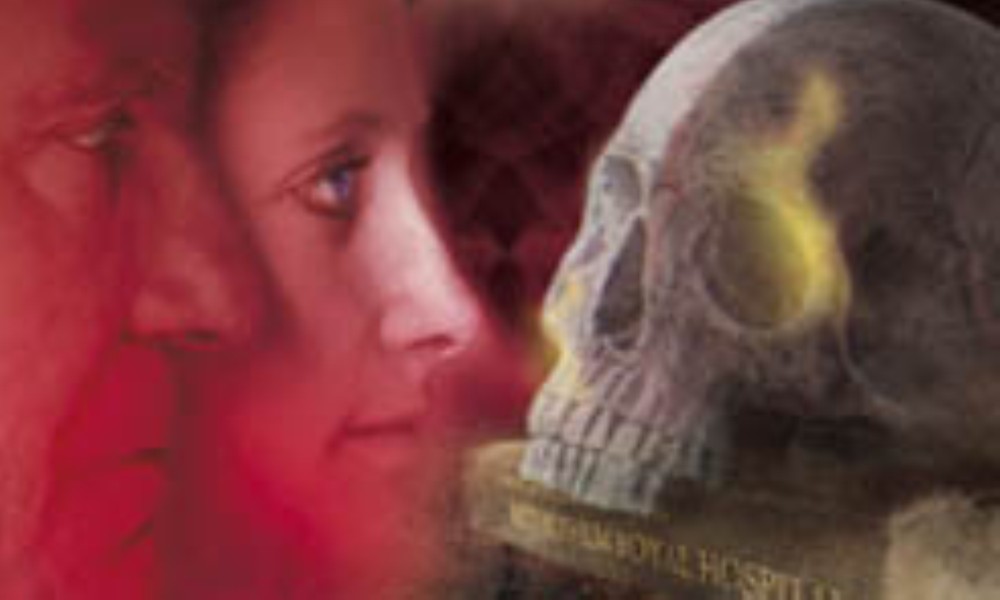 Steel is never a cheerful character, but he’s particularly grumpy about this assignment. He and Sapphire have arrived in one of the oldest parts of London, prompting him to complain that they are “surrounded by old buildings and monuments. How are we supposed to isolate the trigger in this?”. Sapphire can’t help; on this crowded ground she can sense centuries of death, the most recent being a mother and daughter killed in the Blitz.

They are outside the City of London Corporate Archives; when they go inside, Steel’s mood worsens because there is already another operative on the case. Silver (played by David Collings, reprising his role from the TV series) not only has more information, he begins a mild flirtation with the receptive Sapphire.

The Archives personnel are a mixed bunch. There’s Professor Fleming, who is slightly suspicious about the stories that the building is haunted by voices screaming “Lord have mercy on us!”. There is Doctor Webber, who is inside jealously researching a plague pit diary – at least when he’s not outside talking to a lit match. Then there is Mary, who has been copying old recordings from Bedlam – and has found a century-old wax cylinder with Sapphire’s voice on it, reciting “ring-a-ring-a-roses”.

If all that wasn’t more than enough, now the thoroughly irritated Steel has developed a ring-shaped rash, and Fleming is exhibiting other signs of the Black Death…

All Fall Down is Sapphire and Steel at its best, using the confusion of time warping in on itself to simultaneously blend the creepy feel of insane asylums and the gut terror of the plague unleashed plus the constant danger of the Blitz. Through certain eyes, old London is the concentrated essence of ghost story.

Yet this also has elements of the classic mystery. All the clues necessary to unravel the breakout have been subtly provided. It is also a surprisingly good potted history; I was sure the “graphaphone” was fictional, but many of the details turn out to have been accurate. We also find out more about the operatives: Sapphire’s sheer delight in science as she lectures Steel about the Doppler effect, Silver’s fondness for tinkering with electronics, Steel’s possessiveness about his partner. There’s a little bit of everything in this story.

All Fall Down is not only a personal favourite, it was one of my introductions to the Sapphire and Steel universe. Therefore I recommend it not only to current Sapphire and Steel fans, but to anyone interested in learning more about the show or the audios.

All Fall Down (by David Bishop; starring David Warner, Susannah Harker) was released by Big Finish Productions in July 2005.