Doctor Who: The Fires of Vulcan review 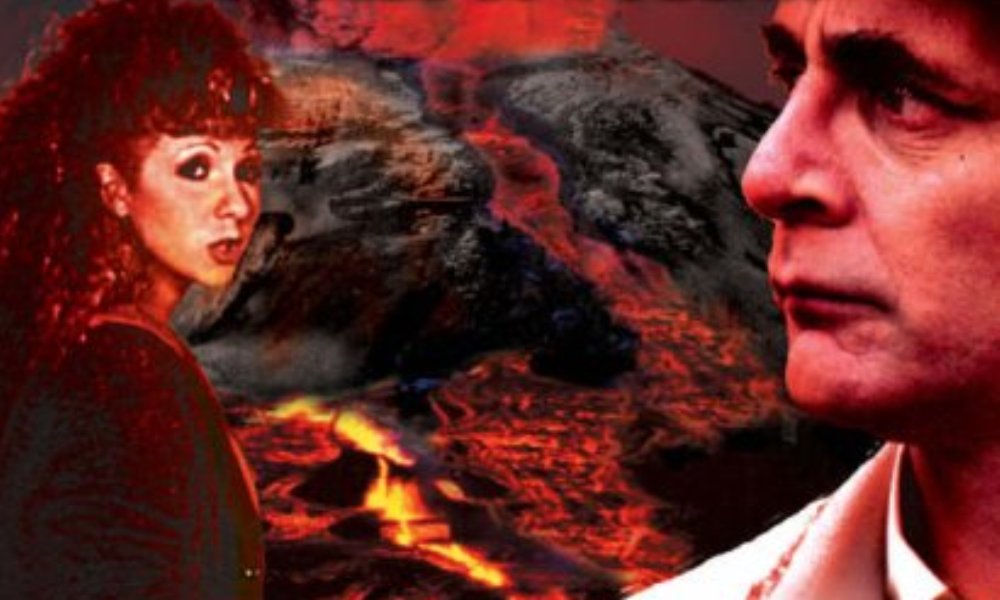 The story starts normally enough – a guide to the excavation at Pompeii is showing a visitor an unusual artefact. Actually, it’s not the artefact itself that’s unusual, but its placement – how did an English Police Box end up buried in volcanic ash in 79 CE?

When the TARDIS lands in Pompeii the night before “Volcano Day,” a slave sees it landing and assumes the inhabitants are gods. The Doctor airily says that they are messengers from Isis, a story Mel repeats later – not the wisest move when there’s a member of the municipal council who expects his goddess to send her messengers straight to him, and a priestess of the Triad who fiercely resents the foreign goddess’ intrusion into her city. As if that wasn’t bad enough, Mel also finds herself being cast as the Doctor’s slave – and her guide around town is a prostitute who assumes she’s in the same line of business.

The Doctor is also making friends and influencing enemies. In retrospect, perhaps he shouldn’t have cheated that gladiator at dice, not even in order to get money enough for food and proper clothing. When a gladiator’s very life hangs on his reputation, it does not do to be known for being losing anything, even a friendly gamble.

But a hasty retreat is not going to be possible when the TARDIS is buried under rubble. Especially as the Doctor has suddenly become resigned, depressed, and passive, insisting that the TARDIS – and himself – are fated to die along with the city.

Before the television episode The Fires of Pompeii aired, rumours flew that it was going to be based on Fires of Vulcan, just as Dalek had been loosely based on Jubilee. The rumours were false, but that only means that the two Fires plots make a fascinating exercise in compare and contrast. They’re very different stories based on the same tragic date. However, just as Fires of Pompeii allowed the brash Donna to show humanity, Fires of Vulcan is the beginning of the Big Finish evolution of Mel. Considered equally obnoxious in her time as Donna, this initial audio outing mellows her from the shrill screamer to the determined, dogged, brave woman that TV only allowed us to glimpse.

But it also shouldn’t be judged just in comparison to the show. Fires of Vulcan is a richly detailed story that stands on its own, with plenty of subplots and action and always the suspense of knowing that any moment now, the lava will begin to flow. I have only one complaint, and that’s the resolution of the inherent paradox. Having set it up so beautifully, Lyons squirms out of it perfunctorily. But this I’ll easily forgive, because I enjoyed the rest of the story so much.

The Fires of Vulcan (by Steve Lyons; starring Sylvester McCoy, Bonnie Langford) was released by Big Finish Productions in September 2000.