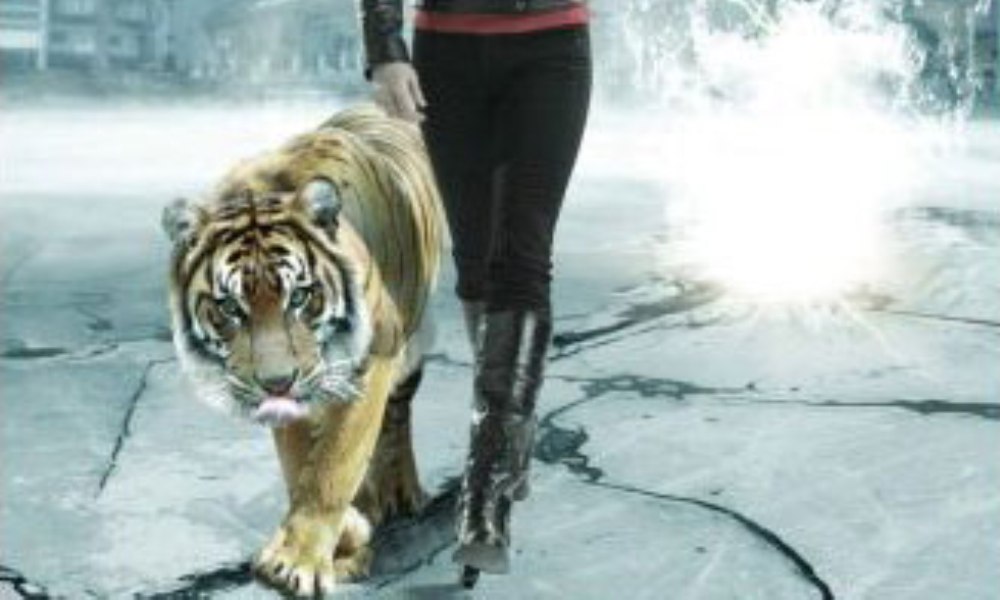 The plot of Pack Animals is simple: Monsters! In Cardiff! But the sheer delirious imagination of this story hides any minor flaws. Gwen and Rhys are wedding shopping in a mall when carnage erupts. Weevils are running around in public, guerrilla gorillas are throwing toasters in Homewares, and swarms of giant alien insects are battling Disney plushies. Elsewhere, Jack and Ianto’s long-anticipated date is interrupted by an escaped tiger. The action culminates in a thrilling but completely insane battle royale at that Cardiff icon, the Millennium Stadium. There’s plenty of humour throughout, some thrills, an action-packed but quirky car chase in a Vauxhall Vectra, and plenty of gore.

All the characters, even minor ones, are well drawn and given enough space to make them real. Gwen and Rhys’s bickering old-(nearly)-married-couple routine is endearing, and Gwen is pretty easygoing (but since when was she a label freak… or an accidental shoplifter?). The love and bond between them shines and Rhys more than holds his own both with Gwen and with the world she draws him into. Gwen is cool, competent and in control, but never hardened, and even the obligatory “Heart of Torchwood” moment doesn’t jar. Anghelides knows how to write for women, and both Gwen and Tosh get to show off their talents and take the lead in action scenes. Ms Sato is much more aloof, but with a bolshy efficiency and self-awareness that gives her cooler character an edge. Owen is not introduced until later, possibly because Anghelides doesn’t seem too comfortable with his undead status (Pack Animals is set immediately before Something Borrowed), and indeed seems to ignore it most of the time. We get a little existential angst, but Anghelides doesn’t really do existential angst. What he does do is broad humour: cocky cockney Owen, cracking bad jokes, cracking up at Ianto’s predicament, and smacking Weevils. It’s a lot of fun but it’s not post-Reset Owen.

Jack and Ianto’s relationship continues to develop subtly with emphasis on their conversations, not their sex life (although there are a fair few references to their sex life) and “Janto” fans will be delighted to finally see them on a date, complete with hand-holding and one really good snog. Ianto gets to do far more than usual; rarely have spies been this risque. Strangely enough, it’s Jack, though funny and flirty as always, who somehow comes across as the flattest. It doesn’t help that he’s relegated to the Hub for much of the novel. He does get plenty of moments to shine, though, whether it’s telling off homophobes in his quiet domestic moments, or leading the charge into battle. One of the most enjoyable elements is the relationship between the team. They clearly like each other a lot and work together as a well-oiled machine, which backs up the feeling of the five of them against the universe. Although it’s clear they do care about and worry about each other, they have a lot of laughs, engage in harmless teasing (much at the expense of naked invisible Ianto – yep, naked invisible Ianto!) and share a special intimacy (apparently the whole team now knows about “naked hide’n’seek”).

The addition of the mysterious Achenbrite provides necessary intrigue and bulks out the thin plot, as well as allowing for some “Torchwood undercover/spy thriller” parts (and an excuse to get Ianto naked again). It’s a bit disconcerting such a company could flourish in Cardiff, but they eventually pay the price for their own meddling, which is just as well – Achenbrite are clearly far too competent to exist side by side with Torchwood. One bum note is the addition of a pesky investigative reporter. While it’s interesting to finally see a realistic downside to the “everyone knows about ‘bloody Torchwood’” joke, for a long time it doesn’t seem like the character is going anywhere.

Not only one of the wackiest, but also funniest Torchwood stories to date, the mix of humour and violent tension doesn’t always work. I loved the toy Weevils and invisible Ianto kicking people up the arse, but was left cold by the fart jokes. Make no mistake though, this book is very funny (Torchwood vs the WAG! Diplodocus in the Hub! Either would make great episode or book titles), but the level of humour comes across as too flippant in places. The tone makes Pack Animals seem more of a “day in the life of Torchwood” than a desperate battle to save the earth from a real threat.

The action takes place in various mundane locales, which both give a glimpse into team Torchwood off-duty, and serve as a poignant and incongruous backdrop. The bus scene in particular cannot help but evoke memories of the 7/7 London bombings. There are numerous minor plot quibbles, and certain practical elements regarding the alien technology were confusing. There also seems to be a lack of in-universe continuity regarding Jack’s immortality and healing abilities, but this is a flaw that extends wider than just one novel and should be blamed on the lack of a show bible. Most of the plot denouements aren’t really logical, and there’s no attempt to make them sound logical, but the sheer barmy outrageousness of the ending – really, it has to be seen to be believed.

It would be a mistake to allow the wackiness to overshadow the deeper themes, hinted at with some neat metaphors and allusions. The entire Who universe turns on the idea of the ordinary made extraordinary, but trust Torchwood to always take the darkest possible slant. Ianto’s literal invisibility parallels downtrodden Gareth’s feelings, with Cardiff Zoo representing captivity and exploitation. The alien chambermaid subplot and CCTV act as topical metaphors for immigration and technological intrusion, respectively. Humans using the aliens and monsters that come through the Rift has been explored before (most notably in the episodes Meat and Reset) and centering the action on a vengeful victimised youth (especially the hints of topical priest molestation) give this a moral ambiguity. A touching familial scene full of hope turns out to be a piece of supreme misdirection and is summarily thrown out of the window. This is Torchwood: funny, shocking, with no promise of redemption. Ultimately this is a story about the illusions of truth. The real monster here is the power of suggestion and fear, of belief over facts, even when facts would terrify. Is it better to face a hostile and dangerous reality, or to live in a safe peaceful myth? Torchwood might make that choice for the people of Cardiff, but with them protecting the streets, maybe it’s for the best that they do.

Pack Animals (by Peter Anghelides) was released by BBC Books in October 2008.