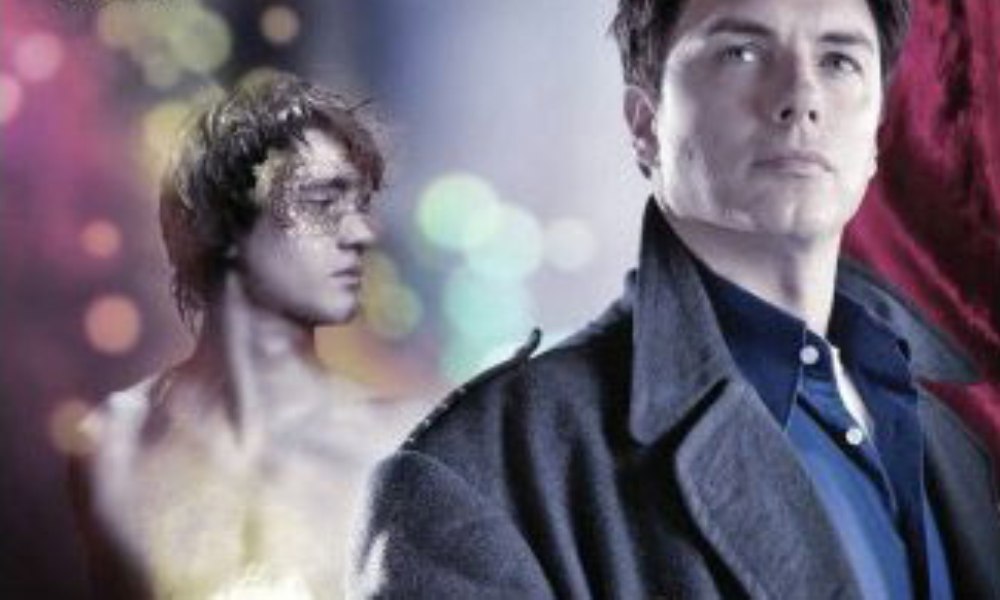 James Goss’s Almost Perfect is, excuse the cliche, a real love it or hate it read. The attention-grabbing blurb – “Ianto Jones wakes up as a woman!” – will draw readers in, but the body-swap storyline takes second place to a somewhat confusing tale of gorgeous gay alien gods on a mission to makeover the universe. The plot itself is a little overshadowed by the non-standard and gimmicky format (the novel opens with a list chapter titled, “Five rare times Ianto Jones swears” and a main character is introduced via a chapter of Facebook status updates), which readers will find either annoyingly fanficcy or refreshingly original. Relentlessly modern, the frequent pop-culture references to Heat magazine, Girls Aloud, and David Beckham fit the tone, but some elements (a main alien character taking on the voice and persona of Cheryl Cole) take this idea too far.

Much of the story is told from the point of view of regular girl Emma (Bridget Jones with less charm) who is a lonely singleton until she opens Pandora’s box in the form of a bullying seductive orb. Goss is an effective writer with a down-to-earth blokey style perfect for capturing seedy Cardiff after dark, but the trials and tribulations of the dating scene and the battles of office life don’t always fit the science-fiction genre. Gradually other elements – decaying time-travelling skeletons, crumbling cars and a rise in static electricity – appear, turning it into more of a proper sci-fi story, but Torchwood are preoccupied with Ianto’s new status.

Yep, that old sci-fi classic, bodyswap. Ianto wakes up a woman (disappointingly seen only after the fact), which of course means he instantly becomes a catty, tarty, flighty creature tottering about in heels and miniskirts making bitchy comments about Gwen’s weight. While Ianto’s adjustment process dealing with his new body is subtle (starting out blase, using his trademark deadpan snarky humour, and slowly unravelling), much of his portrayal is just too out of character. Ianto with a giant handbag to hide his gun is funny; Ianto delaying a crucial life-saving mission to tot up his Weight Watchers points really is not. Even pre-female Ianto in flashback is out of character; since when is Ianto a sloppy person who belches, wipes his mouth on his sleeve and gets wasted and starts spilling Torchwood secrets in public? Unfortunately the plot rather hinges on this, as Ianto secretly investigates late Owen Harper’s case file on an illegal gene therapy programme, and ends up making a disastrous plea to rid himself of painful memories. At least Jack’s responses are spot on (yes, it’s implied they have sex while Ianto is a woman) and Jack takes the lead in investigating and even working out the “science stuff”. Goss’s Jack is believable and hugely entertaining, although he falls into the common trap of forgetting Torchwood-Jack is substantially darker and more serious (especially as this is set in the immediate aftermath of Owen and Tosh’s deaths) than flirty slutty playful joker Doctor Who-Jack, even if that Jack is more fun.

Shippers will enjoy Jack and Ianto’s snuggles and memories, and even the “L” word is mentioned, but don’t overlook the bonding between Gwen and Ianto. With Owen and Tosh now gone, but certainly not forgotten, the rest of the team have become much tighter. Rhys also comes more to the fore, even going on an undercover mission, and his scenes with Gwen are some of the funniest and most enjoyable. Rhys is endlessly supportive and accepting and very brave, and matches Gwen all the way. Gwen can be a touch catty, sometimes insecure, a little patronising, but she tries to be nice – well, she is nice, but her life can be very trying, and all this makes for one of the most real and multi-layered portrayals of Gwen Cooper.

The story canters along with the team tackling various leads and weird occurrences that inevitably prove to be connected. As Gwen and Ianto investigate, Jack realises he must atone for a terrible past mistake, leading to a showdown at a gay club. The plot is confusing until the separate strands start to come together, and there are a few minor plot holes. The key flashback scene is pacey and well balances action, atmosphere and exposition, but the sheer out of characterness makes it hard to follow Ianto’s motivations. To what degree is he bluffing, and to what degree serious? Both are problematic. It’s also a little surprising an exploration of Ianto’s psyche and memories don’t bring up more from his past, like Lisa or the fall of Torchwood One. The finale is outrageous in more ways than one, and is pretty gross and gory. Not one for the weak of stomach. The postscript surprise guest appearance ensures Doctor Who fans finish this book happy.

Almost Perfect has a strong story, well told with all the elements needed for a good solid read. But while enjoyable, it’s impossible to overlook its flaws. It feels like it wants to be a trenchant criticism of the homogenising “perfect clone” culture of the gay scene, with its inherent superficiality and vanity (the “gay club = meat market” metaphor is rammed home pretty hard). But this is a sci-fi novel and a Torchwood novel at that, and while it’s a new and interesting slant on sci-fi standards of mind control and body-swap, the two elements sit slightly uneasily together. In Goss’s world dating is war, but ultimately love will save the day while those who put all their effort into achieving “perfection’ will fall by the wayside, their looks irrelevant. But hey, how can you not kind of love a book where Jack Harkness has a threesome with gods?

Almost Perfect (by James Goss) was released by BBC Books in October 2008.