Bernice Summerfield: The Adventures of the Diogenes Damsel review 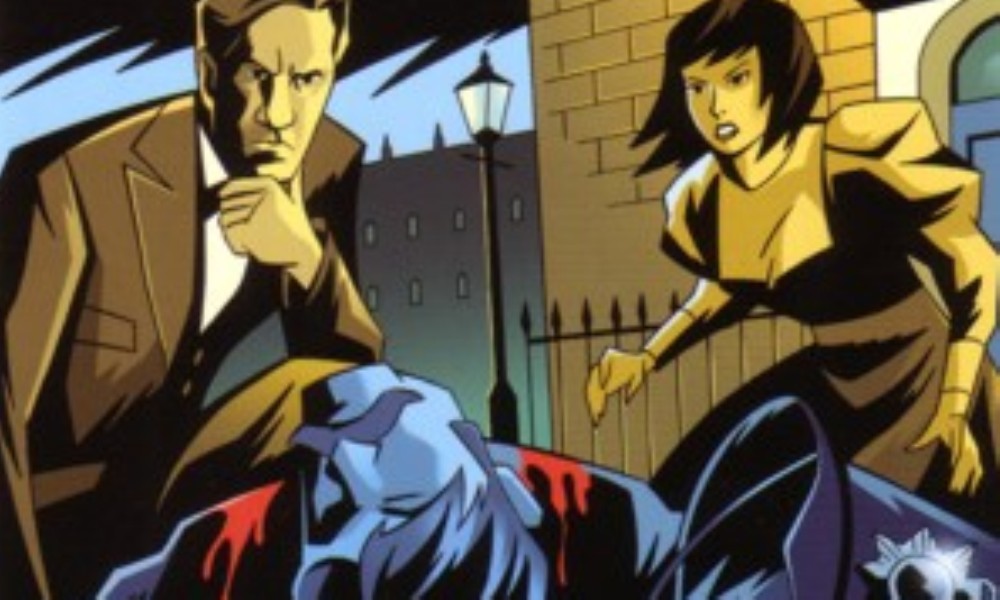 She’s a twenty-seventh-century archeologist. He’s an nineteenth-century bureaucrat. Together, they fight crime!

That’s the gist of the Bernice Summerfield audio The Adventure of the Diogenes Damsel. Benny finds herself stranded in the late nineteenth century, with a malfunctioning time ring. Resourcefully, she teams up with Mycroft Holmes, last seen in Andy Lane’s The All-Consuming Fire.

Mycroft (David Warner) and Benny (Lisa Bowerman) investigate a variety of crimes – from petty larceny to murder – all containing the number seven. What connects them, and who cares so much about the number seven? Meanwhile, Benny isn’t the only temporal traveller stuck in Victorian London. Straxus, a Time Lord played by Peter Miles, and his servant Septimus (Simon Kingsley) too have a malfunctioning time ring. They’ll use any means necessary to leave Earth. Straxus plans to steal Benny’s time ring, but what is Septimus up to?

This audio is the Big Finish debut for author Jim Smith, and by far the best play from Season Nine. The acting is superb – David Warner is, as usual, convincing as whatever character he chooses to play, and Lisa Bowerman is in fine form. The cast is quite small – there are only four credited characters – but it never feels claustrophobic. The interaction between Benny and Mycroft is a delight; the plot is twisty without being labyrinthine; the pacing is good, and the dialogue snappy. Combine a great script with great actors, and you end up with one of the best Benny Summerfield releases in years.

At times, this play feels a flashback to earlier in Benny’s life. She’s back to writing in her diary, and she is even (sort of) reunited with one of her travelling companions from the New Adventures. There are repeated references to the number seven, and how it will attract the attention of a “pale god”, who is “Time’s Champion”. These references are merely grace notes, though, and it’s certainly possible to enjoy this play without having read the New Adventures. However, I would not recommend this play to listeners unfamiliar with Sherlock Holmes – the mysteries of Arthur Conan Doyle’s famous fictional detective play a crucial role in the unfolding of the story.

That being said, The Adventures of the Diogenes Damsel would be a very good introduction to the Bernice Summerfield line. Unlike Season Eight, there are no recurring characters or arcs.  In fact, the Braxiatel Collection is referenced only in passing, and Benny seems remarkably sanguine about her inability to return. One of the few things that fell flat in this play was an attempt to show the listener how much Benny misses Peter.

The New Adventures meet Sherlock Holmes (again) in this polished and well-performed drama that should appeal to a wide range of listeners.

The Adventure of the Diogenes Damsel (by Jim Smith; starring Lisa Bowerman) was released by Big Finish Productions in September 2008.