Doctor Who: Whispers of Terror review 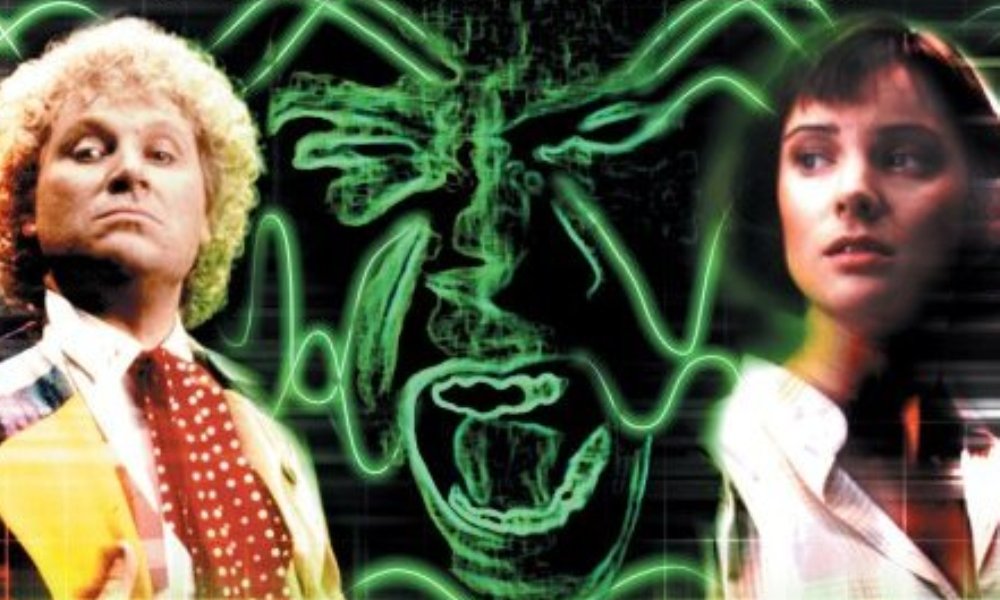 Big Finish has started to stretch their wings in their third audio release, setting much of the action in familiar surroundings – a recording studio. It’s a move that allows them to exploit their most familiar medium.

The TARDIS has brought the Sixth Doctor and Peri to a generic setting – as she puts it succinctly, “It’s a dim and dusty corridor”. But it’s a dim and dusty corridor in the Museum of Aural Antiquities, a museum of all recorded sound. They’ve arrived on the eve of a memorial tribute to the famous actor turned influential politician, Visteen Krane, in which his speeches – most importantly, his never-broadcast speech nominating his agent as his Vice President – will be aired. Beth Pernell intends to use Krane’s popularity as her chance to take his place as President and finally get to enact her policies.

But there are whispers in the corridors, whispers that have a life of their own. Someone is changing the speeches, twisting Krane’s words into things he never meant to say. And then there’s the problem of that dead body…

The Sixth Doctor is the bombastic man that we remember from TV; he has not yet had the mellowing influences that Big Finish will bring to his character. Peri is also exactly as she was on TV, only this time without the cleavage factor. Lisa Bowerman’s rendition of the ambitious Beth Pernell, however, is a far cry from her Bernice Summerfield, a role she was well into developing.

Whispers of Terror is an ambitious story, both in plot and execution. There’s a fair amount of action; as Peri will put it herself later, it’s not so much the whispering as “the running and shouting and screaming”. It’s a first welcome step into exploiting the potential of audio over visual media to tell the story. It’s surprisingly effective to see how slight changes in the speeches make major changes in the story of what happened to Krane. There’s even a lovely little twist at the conclusion.

But at the same time, it’s hard to be completely enthusiastic about Whispers of Terror in retrospect, because it has many of the flaws of the very early audios. The story does not move quickly, and there is little detail or character development beyond that required to move the plot. The same general concepts will be returned to later in much more detailed variations, such as …ish discussing language and Live 34 as an all-broadcast story. Because of that, what is a good story on its own merits rates only an “okay” when compared to richer renditions later in Big Finish’s line.