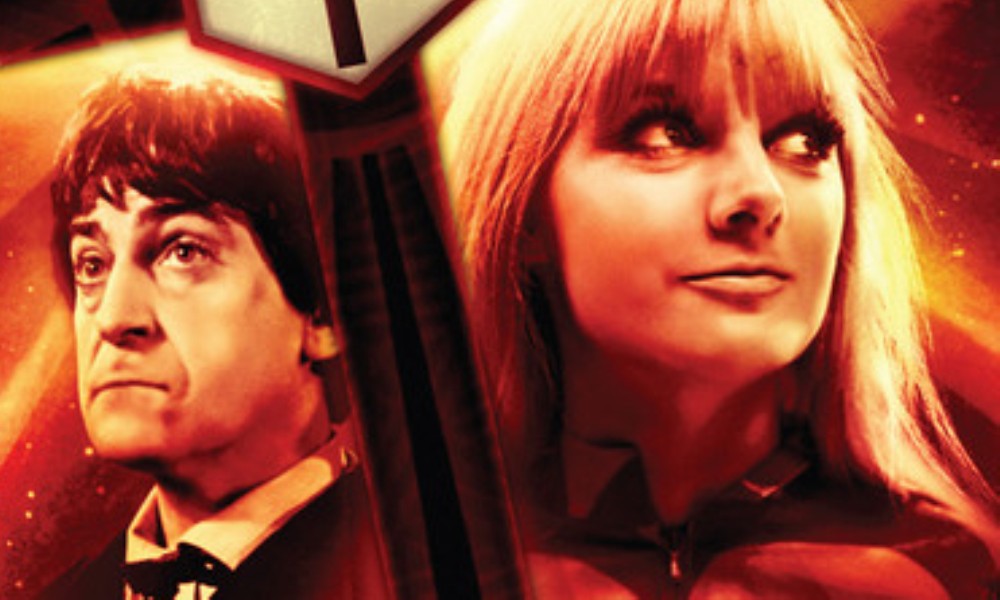 Much is often made of the potential for Doctor Who stories to go anywhere in time and space, but inevitably certain eras and places have proved more interesting to writers and producers than others, resulting in clusters of stories at particular points. One such nexus of story is World War II, during which at least a dozen stories in different media have taken place. The latest of these is the Companion Chronicles audio Resistance, an adventure of the Second Doctor with Ben, Polly, and Jamie, narrated by Anneke Wills as Polly. Resistance is a thoughtful, well-characterised story, but the familiarity of some aspects of its premise and the awkward resolution of one character point prevent the story from reaching its full potential.

Perhaps the greatest strength of Steve Lyons’s script for Resistance is how it captures the atmosphere of the early Patrick Troughton stories. It’s obvious right from the start, as the TARDIS crew emerge from the Ship uncertain where they are and exchange some light-hearted banter. This scene evokes the dialogue styles of the regulars quite successfully. In fact, I wish the story had included more material like this. But in true Who fashion, the characters are soon separated and stay that way for most of the story, and the World War II setting is too grim for there to be much additional humour. The Doctor and Polly find themselves trapped in occupied France, separated from the TARDIS and from Ben and Jamie. Meeting up with the resistance may be their only hope, but finding a way to rescue their friends and escape without making the paranoid resistance members suspicious will be no easy task.

Intercut with Polly’s recollection of these events is narration by a mysterious British pilot, also lost in France after his plane is shot down. At first the question of how this character’s story will intersect with Polly’s generates some interest, but alert listeners will recognise the connection well before the story reveals it. It would almost be churlish to point out that this development is an implausible one; of course it is, but it’s well within the bounds of the Doctor Who universe. The problem is that the drama generated by the revelation is a well-worn one within Doctor Who, and the execution doesn’t offer anything that would make Polly’s dilemma feel new or interesting. The story’s wider conflict, dealing with the uncertainties about loyalty and safety that plague the members of the resistance, is likewise a familiar trope of World War II storytelling, and the characters involved do little beyond expressing these basic fears and suspicions. A late twist involving the pilot does offer more of a surprise, but by that point the story is almost over.

As with many Companion Chronicles releases, the only character to get any development is Polly herself. Her arc in this story makes use of the limited characterisation afforded many classic series companions, as Polly finds herself wondering what many fans may have wondered before: what exactly is she good for? Lacking obvious useful skills, Polly finds herself feeling superfluous and in search of a purpose as she watches the ordinary men and women of the resistance face their fears for the common good. This arc, while straightforward, taps into believable emotions and helps to cover some of the potential tedium of the unspooling plot. However, its resolution is not entirely successful. The larger thematic message, that one should not focus too obsessively on finding one’s purpose within a specific situation, is a strong one, but the specific mechanism by which Polly is allowed to feel like she’s accomplished something is problematic. It’s difficult to explain how without revealing several plot points, but suffice it to say that she makes a difference because of a few lucky circumstances, not because of any demonstrated skill or strength of character specific to her. As a result, Polly’s character resolution, and indeed the resolution of a major strand of the plot, feels hollow and somewhat arbitrary.

I observed above that this story follows the well-known Doctor Who template by splitting up its characters into several groups at different points in the narrative. Unlike a televised story, however, a Companion Chronicles audio can only follow one of those groups at a time. The adventures of the other cast members have to be hurriedly summarised when they rejoin the narrator. This is particularly noticeable in Resistance, where Ben and Jamie’s implausible survival of some unpleasant situations is glossed over, as is their probable suffering during those situations. Due to the format of these releases the problem is really an unavoidable one, but it does call attention to itself all the same.

Anneke Wills’s performance as Polly meets the demands of the script quite well. It’s never difficult to believe that she’s genuinely feeling whatever Polly is experiencing in the story, and her delivery aptly matches the rhythms of the audiobook/audio play hybrid that the Companion Chronicles have grown into. Her imitations of the other regulars are as good as one can really expect without ever quite capturing what made their performances distinctive. John Sackville is given very little to do as the pilot, but he fills the role well, never seeming to phone it in or to try to make more of his character than the script allows.

Resistance ultimately emerges as one of those stories I admire more than enjoy, a good enough idea frustratingly executed. I appreciate what it’s trying to do with Polly’s character, and the dialogue of the regulars is very well-achieved, but the shallow supporting characters and their stock plight make the actual experience of listening to the audio less fun than it could have been.

Resistance (by Steve Lyons; starring Anneke Wills) will be released by Big Finish Productions in March 2009.