Doctor Who: Winter for the Adept review 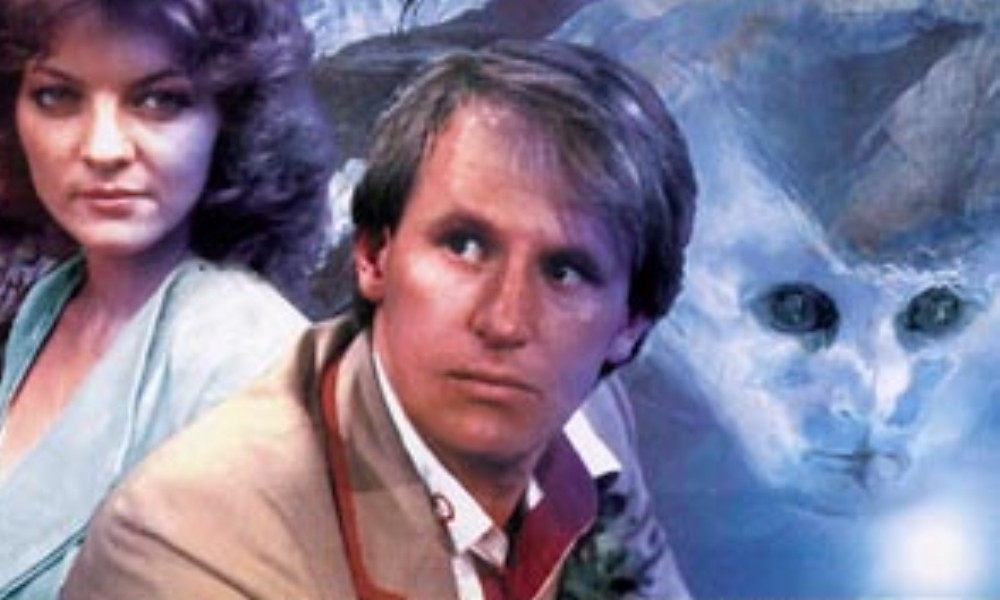 Alison and Peril are literally escaping a Christmas spent locked in the cold halls of their Swiss boarding school, sneaking into the winter snows in order for Peril to elope with the dashing Lt. Sandoz of the Mountain Rescue Force. Instead, they end up rescuing a furious Nyssa, stranded by a teleportation experiment gone wrong. They take her back to the school and the dubious protection of the only staff members remaining. Just before the blizzards cut off the school completely, the Doctor and Lt. Sandoz appear, leaving the school’s inhabitant as two students, two teachers, two time travellers, one policeman – and one unhappy, energetic poltergeist. A ghost which seems to intend to make sure that no-one ever escapes that school alive.

Cartmel has set aside his master plan to write a combined locked house mystery and gothic ghost story. He spins out the creepy atmosphere perfectly, ending with a codicil that is almost Dark Shadows-esque in its unworldly noir tone.

He also starts developing Nyssa beyond the good, quiet girl of the TV show. Big Finish provides a chance for all the characters to grow, and Nyssa is one of the ones who goes the farthest. In Big Finish’s hands she develops a slightly cynical stubborn side. In this audio she’s downright bitchy, for good reason. Not only did the Doctor catapult her from the TARDIS (which she describes as “intolerably warm”) into waist-deep snow, he refuses to see why she’s upset about it. He also refuses to explain his constant references to “Spillagers”. (He should be happy he’s just getting the sharper side of Nyssa’s tongue. Tegan would have hit him with something.)

Voice-wise, Winter for the Adept marks the first appearance of India Fisher, displaying the same boisterous, irreverent energy as Peril Bellamy that she will later bring to Charley Pollard. Hannah Dickinson as Mlle. Maupassant provides another Big Finish tradition: crappy accents. Even this American could tell that her “Franglais” was off. But the only voice that seems unsure is Peter Jurasik’s; he sounds stiff, as if he’s not comfortable with the audio medium. It’s not one he appears to have much experience in; a quick search suggests that this is the only radio-style work he’s done.

But that’s the only complaint I have, and it’s a small one. Winter for the Adept is one of my favourites; highly recommended if you want a pure gothic atmosphere.

Winter for the Adept (by Andrew Cartmel; starring Peter Davison, Sarah Sutton) was released by Big Finish Productions in July 2000.