Iris Wildthyme and the Sound of Fear review 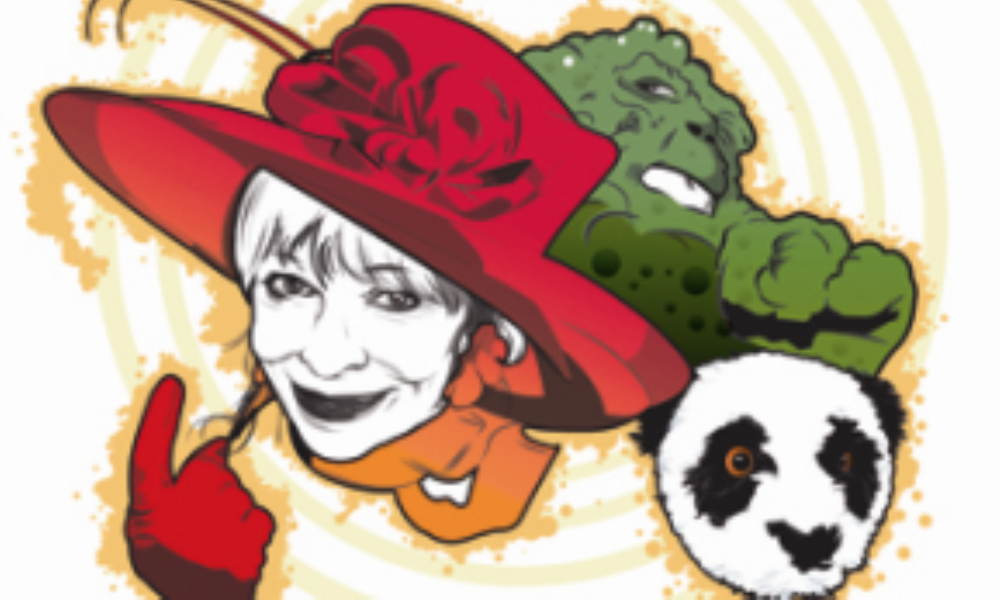 The Doctor is not the only traveller in time and space, righting wrongs and fighting the good fight for the free peoples of the universe. There are others, and Big Finish Productions have over the years introduced listeners and readers to the adventurers who have either taken up the Doctor’s cause or who have their own cause to fight for. Among the former are the spin-off audio series Sarah Jane, UNIT, or Bernice Summerfield; among the latter is Iris Wildthyme. Iris made appearances in the Doctor Who and Bernice Summerfield audio ranges as a guest star, and in 2005 she graduated to her solo anthology, Wildthyme on Top, and in two solo audios, Wildthyme at Large and The Devil in Ms. Wildthyme.

Now, nearly four years later, Iris returns to menace the threats in time and space. Created by novelist Paul Magrs in his Eighth Doctor novel, The Scarlet Empress, and later appearing in The Blue Angel, Verdigris, and Mad Dogs and Englishmen, Iris Wildthyme is an old friend of the Doctor’s, perhaps even an old flame if her claims can be believed. She may be a Time Lady and, like the Doctor, she travels in an incongruous time machine, in her case a red double-decker bus bound for Putney Common, with traveling companions, some willing, some not. If the Doctor is notable for his eccentric or period clothing, Iris is known for her bouffant hairdos and her enormous hats.

When we catch up with Iris in her newest adventure, The Sound of Fear, Iris and her companion, a stuffed two-foot tall Panda named, obviously, Panda, are en route to space station Radio Yesterday; she has troubles with her memories, and hearing the music of Radio Yesterday brings her past flooding back. Broadcasting classic rock music of the 1960’s, or reasonable facsimiles thereof, to the human colonies spread across the galaxy, Radio Yesterday has two human inhabitants – burned out disc jockey Sam Gold and his assistant Leeza Lewis – and their stoned-out computer Janice. Iris discovers her personal connection with DJ Sam Gold; he’s her long-lost ex-husband, and her disappearance destroyed his promising music career and turned him into a burned out husk of his former self. However, weird things are afoot on station Radio Yesterday, something is causing a garish feedback loop to be broadcast, and just what is that thing that skulking in the station’s ductwork?

The first thing to notice about The Sound of Fear is the cover; it’s a wonderful Target novelisation-style pastiche by artist Anthony Dry. The second thing to notice is the story’s structure; it hits the beats and style of a 1960s-era Doctor Who “base under siege” story, with a little bit of Eric Saward’s much-later Slipback thrown in for good measure. The third thing to notice is Panda; it’s impossible not to love a upper-crust stuffed panda with a drinking problem, and every scene he’s in, he steals.

The Sound of Fear does a great many things right. The acting, for instance, is quite good. Miles Richardson plays a character far removed from the Big Finish character he’s best known for, Irving Braxiatel. Helen Goldwyn is always chipper, and she gets to sing with that marvelous voice of hers. The leads Katy Manning and David Benson have a rapport and chemistry that make the listener believe these two have been traveling together for a long, long time, from their petty annoyances with one other to their easy camaraderie.

The writing, however, is a mixed bag. In some places, The Sound of Fear makes subtle, metatextual mockeries of Doctor Who; listen for the dialogue about the circumstances of long-time Iris companion Tom early in the episode. In other places, the dialogue verges on the absurd – Iris’ line that “Some would say I’m the fifth Beatle” had me in stitches; was she Stu Sutcliffe or Yoko Ono in a past life? A later scene of Iris having an emotional crisis is positively hilarious, one that I’m not certain would work in any other medium. But when matters turn serious with alien invasion and time travel, something of the charm of the first half of the story wears off and the story becomes tedious as the one-liners dry up and the humour is lost.

In all, The Sound of Fear makes for an awkward listen – and possibly a weak opening to Iris Wildthyme’s second season of temporal adventures. While driven by its strong performances and its character interplay, the story’s schizophrenic tone can be off-putting. With three more audios in the second season, including one by Iris’ creator Paul Magrs, let’s hope that Iris’s red bus finds firmer footing where next it alights.

Iris Wildthyme and the Sound of Fear (by Mark Michalowski; starring Katy Manning) will be released by Big Finish Productions in February 2009.