Doctor Who: The Raincloud Man review 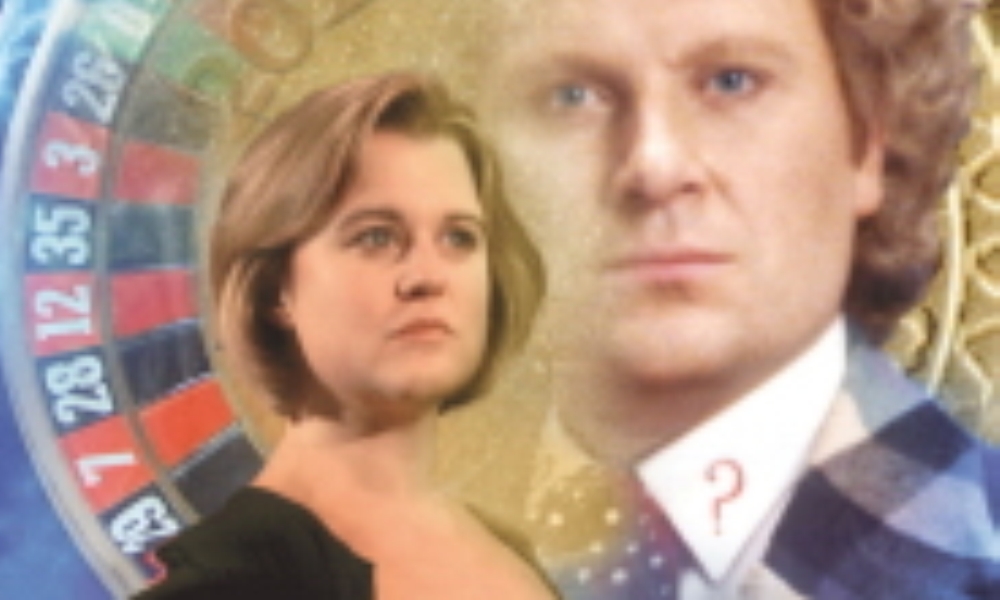 The new Sixth Doctor and Charley adventure, The Raincloud Man, sees the welcome return of DI Patricia Menzies, perhaps the most successful and interesting original character introduced by Big Finish in the last year. Writer Eddie Robson seldom disappoints, and he is certainly firing on all cylinders in this lively sequel to his February 2008 story, The Condemned.

The story opens with the Doctor and Charley enjoying a leisurely breakfast in the aftermath of the Big Finish subscriber bonus story, Return of the Krotons – leisurely, that is, until a story in the local tabloid piques the Doctor’s interest and sends the pair running to Manchester to have a word with their old “friend”, DI Menzies.

As it happens, since they saw her last, Menzies has become a reluctant liaison with the local population of aliens, helping to sort their problems and keep them out of the public eye. Not surprisingly, the Doctor’s little mystery ends up tying into the current set of crimes which DI Menzies is investigating, and things spiral out of control until, eventually, the Earth ends up in the middle of a war that’s been going on for generations. Add to this DI Menzies’ laugh-out-loud-funny brand of deadpan humour, and a time sensitive character who can clearly see the details and repercussions of Charley’s tangled timeline, and you’ve got a cracking good listen.

Both Colin Baker and India Fisher sparkle in this production; their enthusiasm for the material shines through in every line. Anna Hope – better known to TV viewers as Novice Hame, the faithful cat companion and nurse of the Face of Boe – is superb as Patricia Menzies, nailing both the comedy aspect of the role, and, later, the slightly shell-shocked bewilderment of someone supremely competent in her own sphere of affairs, but completely out of her depth in the current situation, and fully aware of that fact. Aidan J. David is likeable and sympathetic as the unfortunate Raincloud Man, Lish. Octavia Walters brings a fresh, unapologetic directness to the character of Carmen, who has no memories of her life before the last year or so. Michael Fenton Stevens is confident and commanding as Brooks, the villain (or is he?) of the piece.

The production values and sound effects are of the same high quality that we’ve come to expect of Big Finish, though there is a cliff-hanger battle scene and explosion at the end of an episode that come across as a bit muddled, making it difficult to figure out what is supposed to be happening. The music is appropriate and unobtrusive, adding another layer of enjoyment to an already enjoyable story.

In fact, there are only two quibbles and one really minor nitpick with the story. First, the nitpick – there are at least two instances of a character seeming to be in possession of knowledge that he didn’t receive “onscreen”, so to speak, and in one of those cases, there was no chance for him to have received the information “off-screen”. Both are fairly obvious cases of trying to move the story along without bogging it down with exposition, but the first one, in particular, jars a bit.

The first major quibble is with the explanation for the existence of the Cyrox, a species created and engineered to keep the Tabbalac, a hopelessly warlike race, in check. It’s not so much that it’s unbelievable – this is, after all, a show about a 900-year-old man who travels through time and space in a blue, wooden box. It’s more a case of needing better (or any!) technobabble in order to sell the idea to the listener. Well-researched technobabble does have its place, and this is exactly that place… to make something which appears superficially fantastic and unlikely seem as though it has a grounding in scientific fact.

The second quibble is with a point of characterisation for Charley. While separated from the Doctor, Charley comes up with An Idea (with a capital “I”) to save the day, using another character’s time machine. The problem is, the idea involves a blatant disregard for the First Law of Time, a law with which Charley has copious and varied experience. On first listening, this seems to be wildly out of character and inexplicable behaviour. On further reflection, there is a valid reason why Charley might want access to a time machine, but that reason is purely selfish – to run away from the Sixth Doctor, and return home, or even to try to return to the Eighth Doctor before his supposed “death”. The problem is, the audience is given absolutely no indication of Charley’s motive from the dialogue, leaving the little loose end dangling in the wind, and the listener, baffled.

Let it be said, though, that neither of these quibbles are reason not to listen to The Raincloud Man. Far from it – The Raincloud Man is one of the best audios to come along since… well… The Condemned. And, just in case the powers that be are listening, when Charley’s arc is resolved, for good or for ill, Big Finish (and the Sixth Doctor) could do far worse than DI Patricia Menzies as the next companion.