Doctor Who: The Resurrection Casket review 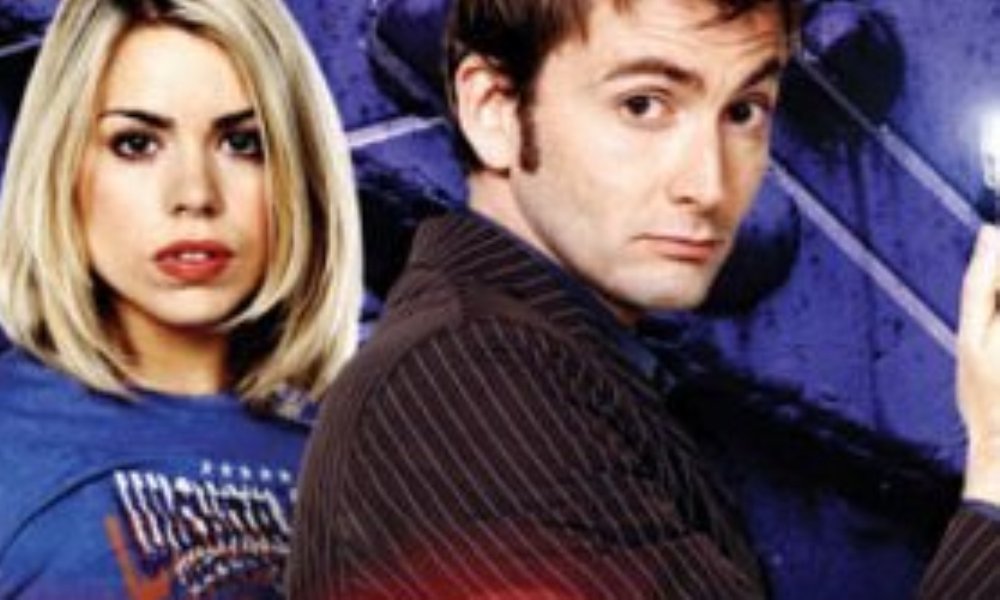 Swashbuckling space pirates, steampunk space-sailing ships and pirate freakin’ death robots. If all that doesn’t thrill you at least a little, turn back now.

The Doctor and Rose are locked out of the TARDIS when they drift into the ZEG zone, an area of constant electromagnetic pulses, and find themselves in what looks like eighteenth century Bristol. Until they come across a spaceship. Exploring the ramshackle outpost, they befriend the inhabitants of a cosy nearby pub and soon hear the legend of Hamlek Glint, “the most dangerous, murderous, unpleasant pirate who ever flew the spaceways”, and his bloodthirsty crew of killbots. But mutilated bodies pile up and the Doctor goes to meet Starfall’s insane owner, Glint-obsessed Drel McCavity, who dreams of finding Glint’s legendary Resurrection Casket.

The Resurrection Casket is a full-on homage to a past era, owing a debt both to classic pirate tales like Treasure Island, and to the old Wild West spirit. The setting is key to achieving this, and both the rough-and-ready frontier land (old men who came to make their fortune mining drinking ‘grog’ in gas lamp-lit inns) and the krark-infested open spaceways (where deck scrubbers sing sea shanties on their solar-sailed ships) are wonderfully realised. Although the ZEG zone is a bit of a McGuffin, the hastily thrown together non-electrical world is a fresh slant on the steampunk genre. In combining historical steampunk, pirate sea stories, and Whovian science-fiction, longtime Who author Justin Richards has created something unique and exhilarating. The language is sparse and not fancy, which suits the swashbuckling feel. The rough and dirty frontier world is vividly imagined, and the visceral descriptions of gyroscopic steamship travel contrast with the usual futuristic settings (although the sea/space analogy does wear a bit thin in places, that place chiefly being the first appearance of the sharks – sorry, krarks – the inexplicable steam-eating beasts that fly around in deep space attacking spaceships).

In a way, the setting and feel are simultaneously the novel’s great strength and weakness, as the very elements that make it so enjoyable also make it feel somehow less of a Doctor Who novel. There is also far too much exposition in the turgid first act, but the action ramps up as the story gets going. Many of the supposed shock twists are telegraphed far in advance and will surprise only the young or naive, although they still pack an emotional wallop. The high point must be the heart-stopping midway reveal, which uses every tactic to mislead and shock the reader. It might be a cheap thrill, but God it works. A sword-axe fight could have been more spectacular, but some frenetic chases and tense escapes will keep the reader glued to the page. For a steampunk science-fiction novel, technobabble is not overused and is well integrated into the overall tone. While not especially comedic, there are some genuinely funny moments (the Doctor sarcastically suggesting they await rescue by a team of trained squirrels, or a murderous battlebot having to break off the killchase to wait for a kettle to boil to top off its steamworks).

The Tenth Doctor is authentically witty, curious, and forceful; a bored genius who is always ten steps ahead of everyone else, including the reader, and who prefers to use his mental powers to con his enemies over physical solutions (although the descriptions of his manic nervous energy don’t come off the page as effectively). The tone shift halfway through the book carries over to the Doctor’s personality, as he turns from a jocular trickster to something much, much darker. This is the Oncoming Storm, the only man Daleks fear. His threatening speech to the robot crew, calmly stating he can utterly destroy them, horribly any time he chooses, is reminiscent of the denouement to The Runaway Bride, showing only a slightly more humanistic attitude to killing. Rose is strongly written in more ways than one. Richards has certainly created a memorable and forcefully intelligent character, although she’s a shade too bolshie, a touch too chavvy to be completely true. This is Powell Estate Rose, sarky, mouthy, and willing to throw down in a fight. Although it is funny to see her slingshotting snooker balls, or debating ripping an enemy’s arms off and beating him with them for trying to kill the Doctor, more shades to her character would have been nice. A softer side to Rose would have made her final desperate act of pity more understandable. The piss-taking, bantering but supportive relationship between the two works well, and they are clearly in sync with each other.

The supporting characters are a colourful bunch, if not especially subtle. Pompous wealthy bigwig McCavity is so obviously deliciously bonkers from the beginning that even though some of his actions are signposted from the start, the depth of his madness and true personality is overlooked until he becomes a real threat. Half-flesh half-robot Silver Sally provides the one truly shocking (and slightly gross) twist, and is by turn so genuine in her sweetness and bravery, and so forceful and determined by the end, she is believable whatever she’s doing. For all their “personality chips” Glint’s much-feared battlebot crew don’t have much personality (although Venture crew member Dugg takes the prize for biggest Red Shirt, and it’s hard to care about his unfulfilled writing dreams) and somehow seeing them metaphorically twirling their moustaches laughing over past victims makes them less scary, not more. Uncle Bobb and his pirate-crazy dreamer nephew Jimm, the token human characters, convey equally repentant horror at the dark side of pirate life, and wide eyed admiration for the excitement and glamour of it.

But none of the guest characters are quite as memorable as Kevin, the wise-cracking, sarcastic, but ultra-polite monster from the Black Dimension, forced to live as an indentured assassin, but dreaming of a quiet academic life with his beloved books and Sudoku puzzles. Kevin bringing pathos and dignity and somehow humanity to what could easily have been a one dimensional comedy character.

This is a fun novel with a moral core, and the overall theme is the importance of choice: knowing the value of life and the harsh reality of death over romantic fantasy, and choosing to do the right thing and striving to be the right person, because you never know when you’ll get a second chance.

The Resurrection Casket (by Justin Richards) was released by BBC Books in April 2006.