Doctor Who: The Nightmare of Black Island review 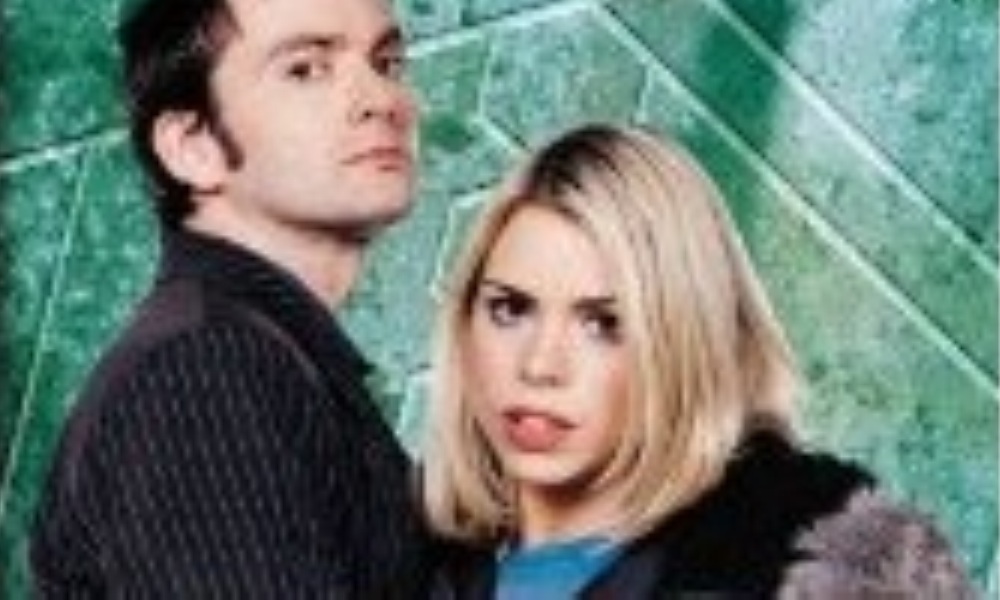 When the TARDIS intercepts a nightmarish telepathic message, the Doctor and Rose visit a superficially-normal Welsh seaside village haunted by unspeakable things, and uncover the secrets of Black Island and its otherworldly visitors.

It was a dark and stormy night in Ynus Du, when the stranger met his brutal death by the sea. An opening scene reminiscent of classic Who, and the thrilling pace and brooding atmosphere is maintained as the Doctor and Rose, drawn by violent shared dreams, run from their bloody discovery in a heart-thumping chase through a forest teeming with bizarre creatures. When they discover a lonely village where no-one dares step foot outside after dark, the pair go undercover to infiltrate a bizarre old rectory peopled with masked nurses and ancient sleepers. Roughly a third of the way through, the plot abruptly changes direction, from the creepily supernatural to firmly alien, with the discovery of a crashed Cynrog ship. The shift is slightly jarring, but the tone remains dark and spooky and the dramatic tension comes from the descriptions of the people and places, and the situations the characters find themselves in, rather than the slightly derivative alien threat itself. As the humanity-hating Cynrog’s plan is revealed, the Doctor, Rose and their helpers must fight both mentally and physically to save the earth.

The plot is chilling with genuinely frightening scenes (like Rose’s journey down a dark tunnel, and the Doctor’s trip to an abandoned lighthouse), lightened with moments of humour. The mental image of the Doctor fighting a pterodactyl is not easily forgotten. The action builds to an anticlimactic twist ending, the reveal of the Cynrog’s ultimate weapon more tragic than terrifying.

Tucker’s Doctor is multi-layered; by turns clever and silly, charmingly egotistical and defiantly fighting, and his bursts of loquacious rambling (“Tulgy”) as he investigates and tinkers are so accurately observed, you cannot help but hear David Tennant’s voice when reading. His personality is at times overshadowed by the demands of the plot, while Rose remains strong throughout, coming across as confident, brave and coolly resourceful yet still scared and human whether she’s exploring and going undercover solo or convincing a hostile village to follow the Doctor’s plan. Separated for much of the novel, they are reunited when the Doctor sets out to rescue a kidnapped Rose, only to find she has managed to rescue herself quite well – a neat twist. The TARDIS (one of the “Doctor’s girls”) is almost a character in its (her?) own right. Its telepathic circuits form the basis of the plot, and the connection between the TARDIS and the Doctor ultimately saves the day.

The rest are fairly generic, but the well-drawn stock characters suit the tone of classic-with-a-twist. There is Ali, the plucky young local child, who could be a younger Rose clone, and serves as a kind of role reversal, as for once Rose is the leader worrying about her younger, less experienced companion. Bronwyn, the wise but eccentric old woman with a mysterious past whose dire warnings are ignored by the villagers who think she is crazy. Bronwyn unfortunately loses some of her feisty personality later on, as her role is reduced to mutely trailing after the Doctor. On the villainous side, you have Nathanial Morton, the shadowy retired industrialist who haunts the decayed old Rectory and who might not have lost all his humanity, and the punningly named Miss Peyne, the caricaturish cold-as-ice nurse who turns out to be much, much worse. The Cynrog are not as well fleshed-out as they could be, and the human disguise is too similar to the Slitheen, but their motivating religious mania elevates them from simple destroyers to something more complex and topical.

Tucker uses simplistic descriptive language, effectively evoking an eerie, chilling atmosphere. The Rectory in particular, with its tunnels and grotesque medical oddities, is straight out of a classic gothic horror. The technobabble jars slightly with the overall tone, but it does work. Fans young and old will delight at the appearance of some ‘old friends’ as Rose is mind-searched. There are a few very minor plotholes (the Doctor ordering the villagers to keep the children awake, which they were doing before he arrived) and some minor plot quibbles (it seems too convenient the Doctor arrived the night before the planned alien awakening, and that the aliens rig up their ships using common or garden cabling). The only real slip is a bizarrely out of place rant from an alien warrior on the evils of humanity glorifying warfare by allowing children toy guns, etc.

Overall this is a very mature novel. The dark tone and violence (especially the animal slaughter on the island) may upset younger children. Even the tagged-on happy ending, humorous as it is, is more suitable for older readers who can identify with the fear of aging and the spoofing of adult preoccupation with trivia. The ramifications of Nathanial’s Faustian pact exploit childhood innocence and imagination to tap into our primal fears. Imagine your worst nightmares come to life. In short: this is scary!

The Nightmare of Black Island (by Mike Tucker) was released by BBC Books in September 2006.