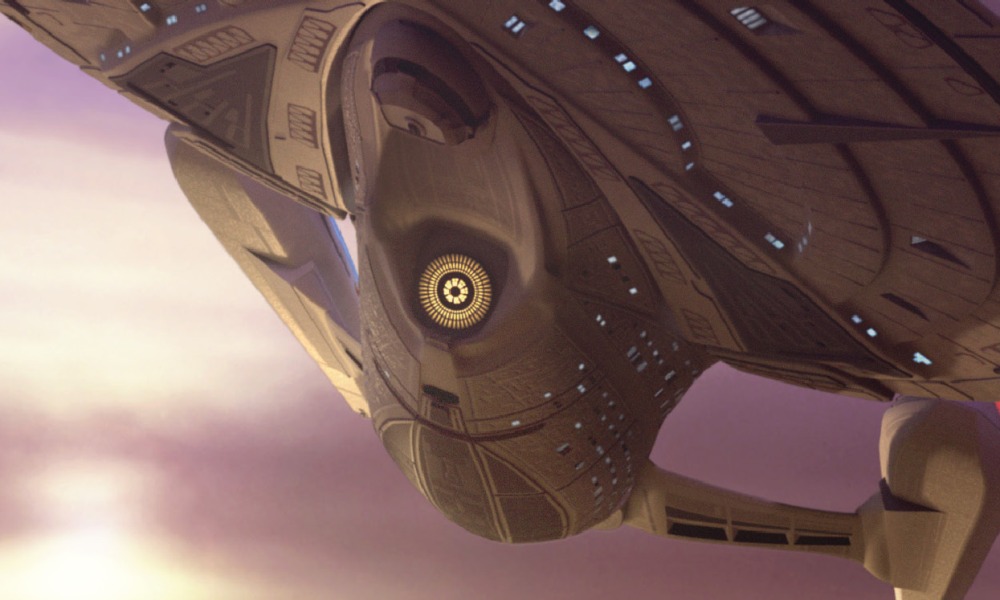 Greater than the Sum is the fifth novel in the Star Trek: The Next Generation series set post-Nemesis, and is written by Christopher L. Bennett. After Starfleet learns that the Einstein – a Starfleet ship assimilated by the Borg during their latest attempt to beat the Federation – wasn’t destroyed like they had thought, Jean-Luc Picard and the Enterprise are sent out to do whatever is necessary to stop them, especially because they have learned that the Borg are trying to get hold of a new technology giving them the means to travel large distances in no time. But the Borg aren’t the only thing on Picard’s mind, he also has to face some very personal revelations.

To say Greater than the Sum was an utter disappointment would be a huge understatement. I never thought I would say this about something written by Christopher L. Bennett, but I’m having an extremely hard time finding anything really positive to say about Greater than the Sum. I have a suspicion that this, at least partly, is because the book is basically a transitional novel to lead the TNG line into Destiny; but that can’t be all of it, since parts pretty unrelated to the type of novel aren’t even close to Bennett’s usual standards, i.e. the characterisations.

Almost half of the novel is used to recap what has happened before, and shows Bennett’s attempts to explain perceived inconsistencies away. And the sad thing about it is that, although I found more than enough things here I didn’t like, this recapping and explaining part is actually the “best” part (and I use this term very loosely here). Bennett does an acceptable job in reminding the reader about what has happened until now, although it felt a bit too long to me, and his attempt to redeem T’Lana, for example, fell totally flat for me. Instead of trying to unite Keith R.A. DeCandido’s and Peter David’s “versions” of the character, the T’Lana here just felt like yet another character (and is the most uninteresting depiction of T’Lana yet, for that matter), and Bennett doesn’t have the excuse of writing simultaneously with the other authors. I won’t even go into much detail about Leybenzon here, but let me just say it’s pretty obvious that Bennett isn’t suited to write a character like him.

One would think that the novel would improve once it hits the actual plot, but sadly this isn’t the case. The main reason for that is that the overall theme of family and children is totally oppressing any kind of flow that the story could have otherwise. You want to have an overall theme carried through the whole novel? Fine, no problem with that, but do it with subtlety and don’t slap it over everything in the novel. Here, it’s totally pushing the actual Borg plot into the background and is nothing but annoying in the end. And the scene where Picard and Crusher are discussing his Inner Light experience must be the most nonsensical, badly-written character-related scene in Trek Literature since Marshak and Culbreath – I’m still shuddering only thinking about it. The Borg/Qing Long part actually could have been interesting and it was kind of nice to learn about the different Borg “factions”, but it never really got the chance to blossom, since we had to see people talking about family and kids instead (cue eye-rolling).

Most of the regulars’ characterisations are adequate, with the huge exception of Picard, who doesn’t work at all for me here. Yet again, one of the main reasons for that is the scene between Crusher and Picard I mentioned above, which came totally out of nowhere and doesn’t fit him at all in my opinion, but that is only the tip of a generally unfitting characterisation. The new characters aren’t bad and certainly have potential, but their portrayal here wasn’t especially inspired. One exception to that is a very nice scene between Worf and the new security chief Jasminder Choudhury – I actually think these two have a certain chemistry. Despite the fact that he created T’Ryssa, I think that Bennett isn’t the man to really fulfil the potential the character undoubtedly has, as her type of character isn’t really suited for his writing style in my opinion.

Overall, the novel is the weakest of all the TNG Relaunch titles, and Bennett’s weakest piece of Star Trek fiction by far. One can only hope that it was a one-time slip-up by an otherwise very good author, and that he’ll be back to his usual quality with his next novels.

Greater than the Sum (by Christopher L. Bennett) was released by Pocket Books in August 2008.