Doctor Who: The Sands of Time review 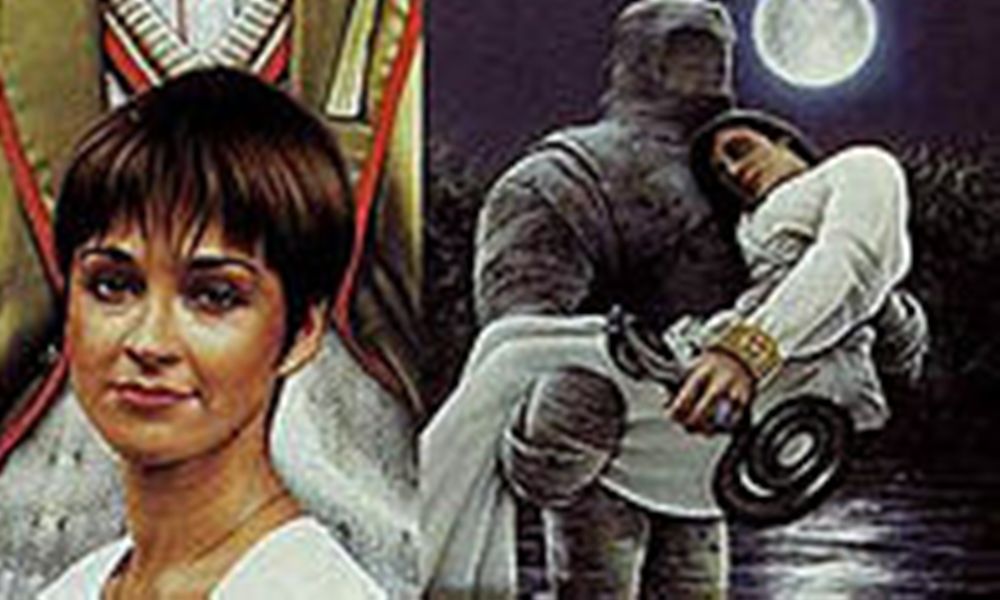 Beginning in the nineties, Virgin’s The Missing Adventures was the first book range to feature former incarnations of the Doctor. Here, gleeful authors dug around in the show’s universe, by filling gaps in characters, creating links between stories and resurrecting old foes. Many stories were sequels to television stories, and The Sands of Time is one of these, featuring the all-powerful Osirans as seen in 1975’s Pyramids of Mars. Arriving in Victorian London, the Fifth Doctor, Tegan, and Nyssa become embroiled in a plot to free another Egyptian God from a state of imprisonment. This time, it isn’t Sutekh, but his wife and sister Nephthys – who is much worse, apparently. Whilst Nyssa is kidnapped, whisked back to the year 2000BC and doomed to become reincarnated evil, the Doctor and Tegan take tea with Lord Kenilworth before beginning a quest to save both Nyssa and the fate of mankind.

Now, this isn’t a bad novel. Richards understands that he isn’t restricted in the same way the television show was, and as a result of this, we travel from ancient Egypt to nineties England in the same whistle-stop manner that we want the Doctor to. The effects of time travel are key to this story – whilst it isn’t hard to work out how the Doctor and Tegan are already known in the 1890s, nor how Kenilworth’s butler Atkins can be in two places at the same time, it’s pleasing enough to see a Doctor Who story use its time travelling possibilities to good effect. And it’s a credit to the author that despite the many locations, the story’s pace never lets up, providing us with a race against time whatever the era. We are integrated into the time zone, be it Kenilworth’s Egyptian expedition, or Prior’s party antics, but the Osiran threat is constantly maintained.

However, as with any sequel, there are always going to be comparisons to the original, and The Sands of Time does not better its predecessor. Whilst Pyramids of Mars blended the Edwardian and the Egyptian, Richards tries to substitute the former for a blend of Victorian Gothic. Though one would think this would bring the story even closer to its Hammer Horror influences, especially with our scenes are confined mainly to the dimly lit British Museum and the depths of the Kenilworth’s mansion, we are not in Victorian London long enough to truly experience it; here, Richard’s zipping to and fro works against him. It is good though to see the return of the lumbering mummies, and the thrilling tomb scenes feature puzzles in the vein of those seen in Pyramids’ fourth episode. Whilst this time around they are not classic riddles, it is nice to see this situation take place in an actual Egyptian tomb, instead of in some space station on Mars.

So Richards as taken positive elements of the 1975 story and put his own spin on them, showing a restraint not often seen in some of the sequels produced by Virgin. But whilst The Sands of Time may be holding all the right cards, the real ace Pyramids of Mars has against its sequel is its pairing of the Fourth Doctor and Sutekh. Here we had a clash of the titans, the Time Lord who walks in eternity versus the Osiran’s gift of death – and thanks to two fantastic performances, we knew the stakes were high. The pairing of a Fifth Doctor and Nephthys could have been fantastic… but wasn’t. We have a younger, more vulnerable hero, but Richards always shows him in control; we have a female villain, but her sexuality may be irrelevant for all the author cares. Ultimately, confrontations between the Doctor and Nephthys are minimal, and the battle of wits seems watered down due to a third man, a go-between for the two of them – loyal servant and priest, Rassul – which rather dilutes the relationship between hero and villain. Those looking for a satisfying showdown between two opposing forces will not find it here.

But characterisation, as we would later come to expect from Richards, is solid. Nyssa is unfairly sidelined, but she makes way for the fantastic character of Atkins, a wonderful creation of the author – a character not overplayed nor overstated, but one who develops so well throughout the novel. Even stock characters, such as the aristocrat Kenilworth and Vanessa Prior (a mysterious young girl whose true nature is the biggest cliché of the mummy story), are brought to life for the length they are needed. Richards does not attempt to flesh out the TARDIS crew like other Virgin authors, but allows Tegan to act her age and even enjoy a drink or two.

Fan references are nominal, with only the most die-hard understanding the reason for the loss of Nyssa’s clothes, but the ending is slightly disappointing, requiring both knowledge of 1982’s Black Orchid and a willingness of the reader to accept such a deus ex machina. All in all, as with most quests, the journey itself is the most enjoyable. This novel captures the very essence of a Victorian adventure yarn, and is converted quite successfully into a strong Doctor Who story. But if Pyramids of Mars is the Great Pyramid, The Sands of Time is a smaller edifice which will forever stand in its shadow.

The Sands of Time (by Justin Richards) was released by Virgin Books in May 1996.

Tim has been a Doctor Who fan since he was pretty small, and falls in love with Barbara Wright with every time he sees her. He's written the odd play for local theatre groups, taught himself the saxophone, and generally likes to try things he's never done before. He is currently on a never ending gap year - if people have suggestions for what he can do with his time, he would love you to get in touch.