Doctor Who and the Doomsday Weapon review 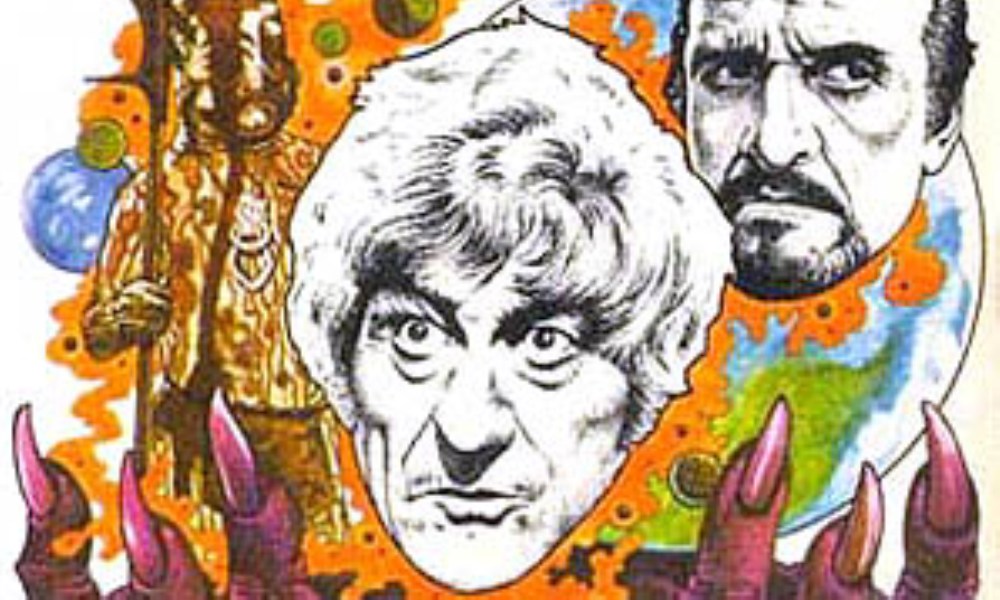 Colony in Space is a 1971 Doctor Who adventure where the Third Doctor and his bubbly companion Jo Grant travel to a far distant planet and help plucky colonists fight evil Imperialist Corporations while the Master tries to get control of the Ultimate Weapon hidden deep inside the planet. It’s a good story, very much of its time, with a little bit of a political slant, but it also suffers from being slightly slow and slightly cheap-looking (as if you can hold that against Doctor Who as a crime!)

Doctor Who and the Doomsday Weapon is a Target Novelisation penned by Malcolm Hulke (who wrote the original screenplay), which takes the same story and manages to turn it into a story which, if it weren’t “merely” a Doctor Who novelisation could’ve been a well-remembered science-fiction novel of its time.

A large majority of the Doctor Who Target Novelisations (especially of this period of the show’s history) were effectively the screenplays turned into “he said/she said”. This isn’t any kind of slam against the Targets or Terrance Dicks (who should win a “Most Prolific Novelisation-ist” award), as this was the pre-repeat, pre-video era, before Doctor Who fans of my generation could grab a disc (and in the current case of Colony in Space, a tape) off a shelf and watch Jon Pertwee dash about a muddy quarry for a few hours; the Doctor Who fans who were watching these stories as they came out did the exact same thing with the Targets. A small number of the Target books, mostly towards the end of their run, took advantage of the lack of time constraints, budget and acting talent, and added greater depth to the world and the characters presented in each story.

This is Doomsday Weapon’s strength: giving us such a detailed, horrific description of what has happened to the industrialised, highly corporate-run Earth of the far future, giving the plot and the struggle of the two groups of characters greater context. We’re allowed into the heads of some of the lead characters to see their motivation – even Captain Dent, the sadistic villain of the piece, is turned into a tragic character, trapped in a grey, corporate world where every single aspect of his life (from his living space to his wife to even the education and future of his child) is decided by the corporations – and we see a remembrance of the romance between two of the colonists and how they met, fell in love and came to travelling in space. Hulke shows us the other side of Earth’s society, and how it isn’t as utopian and perfect as Dent believes it to be.

It’s this detailing of the future society that leads the book to its most touching scene, when the Doctor and the colonists hold a funeral for two of their dead. The Doctor has to explain every part of the ritual for them because it has become archaic and forgotten. While the writing in this scene may come off as slightly childish for some of the readers, it does add a little detail to how a few hundred years of growth as a culture (if not in morality) will see the end of rituals that we approach as a part of our life.

If the book has a huge, glaring flaw, it’s actually the Master. Although mentioned in the prologue and first chapter, he disappears from the book altogether until he turns up in the last forty or so pages, and then the book suffers as we’re suddenly dragged kicking and screaming from an intriguing thriller about the struggles of independence, big business and man’s disregard for their environment, which disappointingly becomes the “B-plot”; what’s left of the novel consists the Doctor and Jo trying to stop the Master’s latest ploy to conquer the universe. Again, this isn’t an attack on Malcolm Hulke, since the original script was written during a time when the Master was written into all the stories of the television series. Maybe if Hulke had taken the opportunity to remove the Master from the story altogether, it may have improved the book no end.

Overall, a good strong book with exceptional development of the characters and nice added background, which suffers from an abrupt and partially unwelcome shift of focus by the end. Doctor Who and the Doomsday Weapon is one of the early books that allowed the universe of Doctor Who to make the printed page its own, and sowed the potential of scale and depth that would see the Doctor Who book range transform from mere tie-in fiction to a series of novels that almost redefined what was possible with sci-fi novels.

Doctor Who and the Doomsday Weapon (by Malcolm Hulke) was released by Target in April 1974.