Star Trek: The Fire and the Rose review 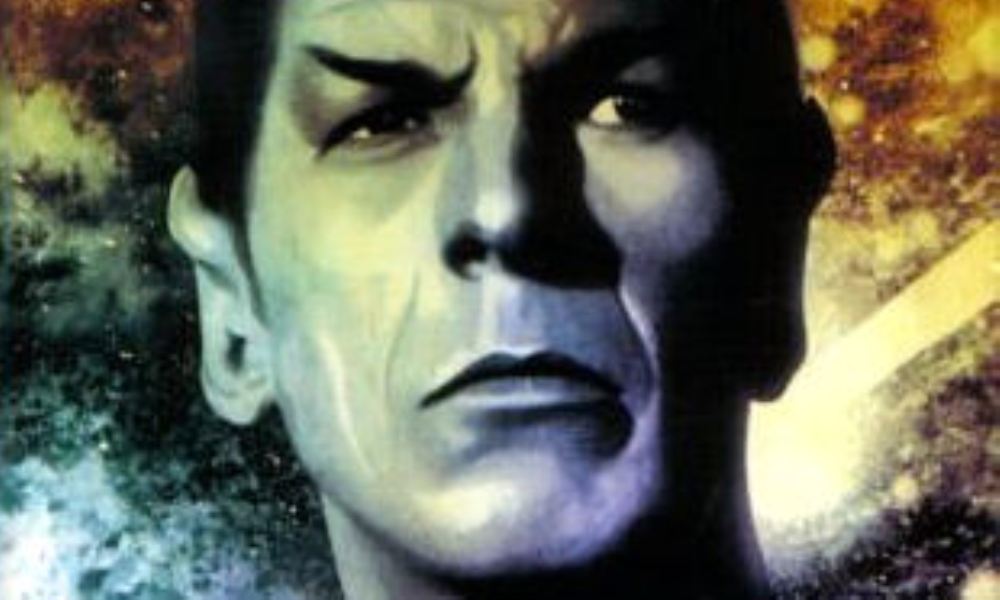 In the second book of the Crucible trilogy, David R. George III follows the life of the Enterprise‘s former first officer Spock in the time after the events of Star Trek VI. A kind of novelisation of City on the Edge of Forever, focusing more on Spock’s perspective, is interwoven into the novel, while we see Spock trying to deal with his reactions to the death of his friend James T. Kirk. He chooses to follow a discipline he studied once before, but will this really be the final solution to his problems?

While The Fire and the Rose is an okay book and certainly has some very fine parts, in my opinion it’s nowhere near the quality of the first book in the trilogy, the McCoy-centric Provenance of Shadows. The main reason for that is that the post-ST:VI sections somehow drag a bit and get a bit dull occasionally. It’s hard to pinpoint the exact instances this happens, but I had a feeling of restlessness repeatedly during these parts, hoping that the story would move forward faster. On the other hand some of my favourite scenes of the novel are in this time-frame, like the scene with Spock and Sarek after Amanda’s memorial service, so I guess I have no problem with the setting and story, but I had just liked to have a streamlined, faster execution of the story.

While I’m not sure I’m 100% agreeing with the way Spock was depicted in this novel, David R. George III certainly gives his character an interesting spin. For my taste his indecision about his dealing with his human side/feelings are a tad overdone, when he switches between wanting to get rid of his feelings and wanting feelings, he feels a bit too insecure to fully be the man/alien we saw on screen. Another thing I found strange is that the main reason he had that inner turmoil and chose to study the Kolinahr again, his lack of activeness when it came to Kirk and Keeler, doesn’t come up again when he regains his feelings.

Coming to another point I’m not fully sold on: Spock’s “love of his life” Alexandra Tremontaine. While I certainly can see Spock falling in love very fast with a woman, here it’s a bit to fast in my opinion. He basically has only spend a few weeks with her if you sum up all their meetings before they finally come together, but we are supposed to believe that that is enough for her becoming so important to him? That’s certainly possible put the author wasn’t really able to sell it to me, a little more emphasis on what is it exactly that draws Spock to this woman would have been helpful.

The stronger part of this novel is the part set in 1930, which basically is an expanded novelisation of City on the Edge of Forever. David R. George was able to catch the feeling of the episode very well and skillfully expanded what was seen on screen. In contrast to the Spock/Alexandra pairing, he was able to really make the reader believe that Keeler was the love of Kirk’s life and that her loss would have a lasting impact on the rest of his life.

Most of the characterisations are very good, I especially liked those of Amanda and Sarek, who seldom before has been characterised so much on-target. Strangely enough my main quibbles are with Spock (see above). Another character who remains very pale and is slightly one-dimensional is Alexandra, which maybe is another reason I’m having a hard time believing Spock would fall for her so fast.

Overall, an okay novel, but one of David R. George III’s weakest efforts in Trek literature so far. Parts of it are really interesting and well written, but other parts of it weren’t able to convince me, and some were even downright boring.  If you’re going into it without any expectations I guess you will find an adequate way to kill some time, but if you’re going in awaiting a book of the quality of most of George’s previous works you might be in for a disappointment.

The Fire and the Rose (by David R. George III) was released by Pocket Books in December 2006