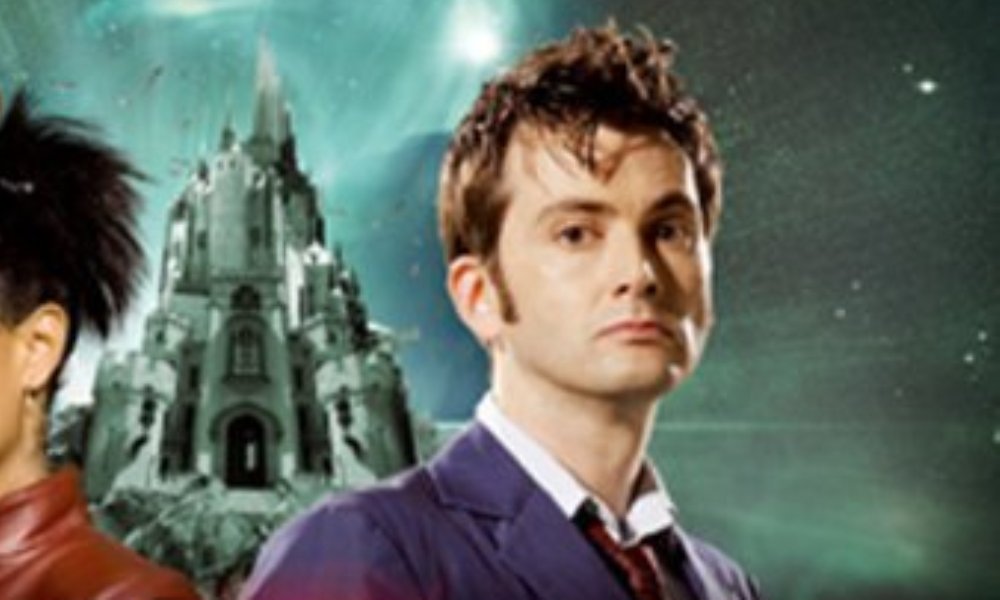 Doctor Who is currently one of the biggest shows on TV in the UK. Last Christmas, over 14 million people tuned in, and the show has attracted high-profile stars such as Kylie Minogue and Catherine Tate.

What’s particularly impressive, though, is how that success has transferred into print. The ongoing series of hardback books based on the show have become hugely popular with readers of all ages, and as the Creative Consultant for the novel line, Justin Richards has played a part in contributing to that.

First and foremost, however, Justin is a writer – he’s written countless Doctor Who tales, including four New Series Adventures, the latest of which is Martha in the Mirror. “It’s about a little girl who lives in a castle where a peace treaty is about to be signed,” says Justin as his interview with Unreality SF begins. “But nothing is quite what it seems, or quite as easy as it seems, and someone’s out to scupper the peace talks…”

That’s all well and good, but what we really want is three random unconnected words from the story. Well, it’s what I want, anyway. “Three random words?” Justin repeats, humouring me. “How about ‘banana’, ‘maze’, and ‘Darksmiths’. There’s a mirror involved too, of course!”

I ask Justin what it’s like to write for the Doctor and Martha. “I didn’t find it too difficult as I know the characters so well,” he replies. “But the biggest challenge with the Tenth Doctor, I think, is to get the right balance between his chatty, talkative nature and keeping to the point. It’s easy to overdo it and then it loses credibility. Keeping that to the right level is very hard to gauge. Same with Martha’s enthusiasm and joy of life – go too far and it’s preposterous and you lose credibility. Not enough, and it just ain’t Martha!”

Aside from the pairing of the Tenth Doctor and Martha Jones, Justin’s previous new-series books have featured the Ninth Doctor, Rose Tyler, and Captain Jack. Any favourite characters or “eras” from the three most recent series? “Oh I really couldn’t say,” he says, before clarifying, “I don’t mean I’m not allowed to, I mean it’s so difficult to choose. I think the Tenth Doctor is better for prose fiction than the Ninth – there’s more about him that is word-worthy. He’s doing rather than watching, talking rather than listening, excited rather than broody… Of course the Ninth Doctor is all those things too, but a little less so. I guess the Tenth Doctor gives the novelist a bit more to play with.”

Perhaps one of the reasons it’s so “difficult to choose” is the high cast-turnover of the series, which has introduced at least one new lead character every year since it returned to our screens in 2005. That must make accurate characterisations tricky. Justin says that “it’s the speed of transition that’s difficult. I don’t mean the frequency (or not) of change, I mean how much time we have between knowing about a new character and having to write about them. It’s a logistics problem – which is one reason why this latest batch of books has Martha rather than Donna.

“So for the Tenth Doctor, for example, we got scripts in good time, but the first actual performance we saw was an early edit of The Christmas Invasion – just a week before we had to have drafts of the first Tenth Doctor novels finished! And it isn’t just a case of tweaking the dialogue or adding some mannerisms. How the Doctor is, what he says and how he says it affects every other character and how they react to him, and can impinge very heavily on the story itself and how you tell it.”

Obviously, telling a Doctor Who adventure in prose form isn’t subject to the same restrictions that a visual adventure has – words can conjure up action sequences that CGI can’t quite manage, or create an environment that a budget wouldn’t stretch to. With this in mind, I ask Justin whether it’s better for the novels to simply recreate the style and scope of the TV show, or to try and reach that bit further? “You have to stay true to the tone and the style,” he acknowledges, “but obviously in a novel you have a bit more scope – a bigger budget if you like (and if you want). But yes, the books have to be recognisably part of the same ongoing narrative, a piece of the same big picture, as the TV series. And we wouldn’t want to change that anyway.”

Perhaps threading the books into the tapestry of new Who is part of Justin’s responsibility as the Creative Director and/or Series Consultant (he’s been credited as both) of the novels, then? “I’m Creative Consultant,” he clarifies, “and that means that the Senior Commissioning Editor, Albert, who makes all the decisions about the BBC Books Doctor Who (and Torchwood) books asks my advice when he wants it, and I offer it when I think it’s useful. Together, and working with our friends in Cardiff, we decide what stories we want to do and who we want to write them. Then I work with the authors day-to-day to get those books written, edited and eventually published.

“Our Project Editor is Steve Tribe and he makes sure everything makes sense and happens on time and on budget – so he’s our conscience, if you like. But he has enormous creative input as well. So it’s a team effort which I help coordinate. From a personal point of view I hope I also represent the author in all that process stuff – because when all is said and done, no matter who edits what how cleverly, each book is written by the author and it’s their creation. With their name on the cover. My job is very much to create the best conditions and offer the best advice and guidance to enable each author to produce their best possible work.”

And it looks like they’ve done just that, with the quality and performance of the books exceeding everyone’s expectations, becoming a huge commercial and critical success. In terms of sales, they’ve performed notably better than the Past Doctor Adventures and Eighth Doctor Adventures that the BBC published between 1997 and 2005, featuring the Doctors from the classic series. With hindsight, were there perhaps one or two places where those lines of books missed out on a wider audience? “Oh yes,” grins Justin, “by not having a terrifically successful and mindblowingly good series of Doctor Who on prime time television! And don’t think I didn’t tell them that at the time. Like everything, if I went back and did it again I’d do things differently I’m sure. Not hugely differently, but at the detail level. That’s how hindsight works!”

The Eighth Doctor Adventures were indeed a different beast, with ongoing story-arcs, huge changes in direction and tone, and specially-created companions. “The job of the novels is now rather different,” Justin explains, when I ask if he misses those arcs or has considered re-introducing them. “We’re supporting the TV series – so that’s where the big arcs and ongoing storylines tend to happen. And remember, the audience back then was ongoing, and we knew that 80% of the readers got every book and read them in order. Now 80% of our readers don’t. So you’d have to factor that in to any plans for an ongoing arc or recurring characters.”

So, now that the books have a very new and very specific job to fulfill, how do the powers that be go about choosing who to involve? Until recently, all the contributing authors were people who had written at least one classic Who novel for BBC Books – but then Peacemaker was released, and it was James Swallow’s first full-length Doctor Who book. “We choose the authors depending what we want from the books,” explains Justin. “James had written Doctor Who prose before, and he’s hugely experienced in writing fiction of all kinds. We try to get sets of authors that we think will complement each other’s styles – not clash, but equally not overlap entirely… Experience and proven skill and talent are essential now though.”

Due to the show’s aforementioned popularity, its producers at BBC Wales retain a high level of involvement with any tie-in products. Paul Magrs’s novel Sick Building was originally announced under the working title of The Wicked Bungalow before the BBC requested a change, and Winston Churchill was removed from Terrance Dicks’s Revenge of the Judoon as the production team liked the idea of using him onscreen at some point. “[They] are hugely involved,” Justin tells me. “Not just because they have to approve everything, but also because they really do know best – it’s their show we’re playing with. So we work very closely with them to get it right, and to make sure we don’t do anything that steps into their territory, or an area they are thinking they might want to step into. It’s a great relationship and it works superbly well for us and – I hope and believe – for them.”

Looking ahead, Doctor Who embarks on its so-called gap year in 2009, with a full series absent in favour of three special episodes. “You’ll have to ‘watch this space’ as plans [for the books] are still being finalised,” teases Justin. “But we’re not taking time off, we’ll be back with more novels in 2009.”

And what of those classic series books? Ever since they ceased publication at the end of 2005, fans have been promised that they would return. “Oh again, you’ll have to wait and see, I’m afraid,” Justin says. However, he is more than eager to reassure fans that it’s a case of when and how, rather than if: “We’ve got some terrific ideas and plans, but until we get a bit closer and have a final schedule and decisions I really can’t tell you anything more than that. Sorry.”

Books featuring those older Doctors may remain just out of reach, but look at what we have got – nine full-length novels per year, packed full of the vibrancy, action, and emotion that we get from the TV series every week. And they’re going from strength to strength.

Martha in the Mirror was released by BBC Books in April 2008.