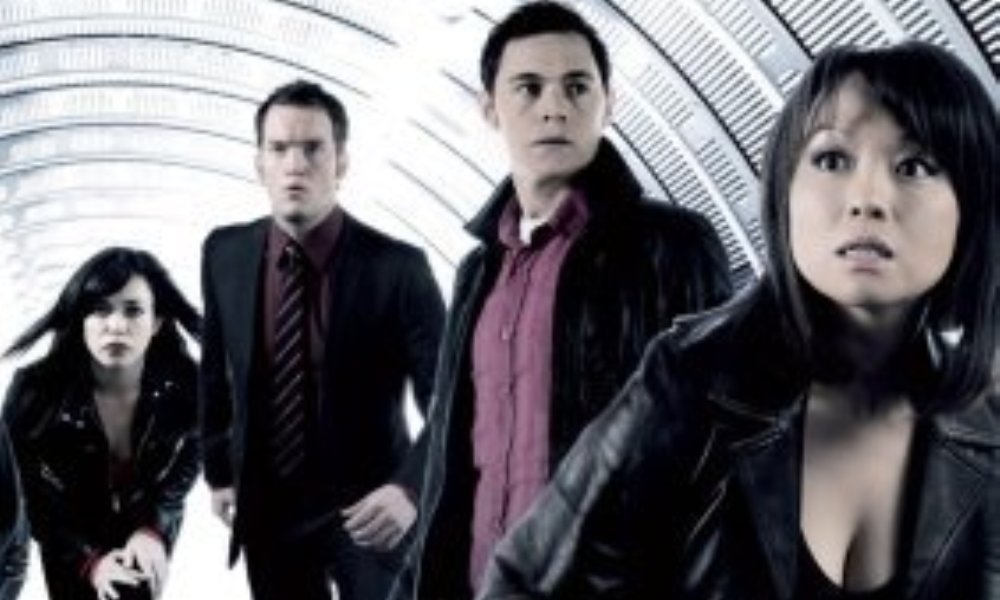 As the second season of Torchwood draws to a close, Woodies can console themselves with three new books and two audiobooks from the series. Original audiobook Hidden is the latest offering from sci-fi author Steven Savile (who wrote several Doctor Who short stories for Big Finish). The two-CD audiobook has a runtime of two and a half hours, and is narrated by actress Naoko Mori, who plays Toshiko Sato.

Hidden starts with a seemingly innocent but bloody helicopter accident that quickly spirals into a web of deaths and cover-ups, taking in science, history, archaeology, religion, and more action than you can shoot an alien-tech augmented semi-automatic at.

How does the increasing number of murders linked to mysterious philanthropist Sir Robert Giles connect to the DNA experiments done at the blood-splattered Caru fertility clinic, and a seventeenth century alchemist obsessed with achieving the hermetic ideal and beating death? With Torchwood members in trouble and Jack under increasing police suspicion, the team have to work together, this time not to save innocent victims, but to save each other.

The story is a well-rounded mix of drama and mystery, with the team’s work to unravel the clues held in ancient books and computer hard drives interspersed with dramatic action sequences (a brutal, edge-of-your-seat car chase worthy of 007, and a tense scene where the characters are stalked by hidden killers), as the team work together to prove Jack’s innocence. The plot is satisfyingly meaty, and complex enough to require close attention, although the resolution felt somewhat flat and anticlimactic.

The characterisation is excellent and Savile has a good ear for dialogue, although Jack fans may be disappointed as his relatively small role. Owen is if possible even more strongly-written than on the show itself, and has a nice line in snarky, cynical humour (pizza-frisbees notwithstanding); Toshiko is her usual intelligent, competent and in control self, although she has her slightly feisty moments. Ianto is given a rare opportunity to go out into the field and gets to play action hero, and shipper fans will enjoy one touching moment between him and Jack, while Gwen more than lives up to her role as the “heart” of Torchwood. Teamwork, and the bond between them, are strong themes, and their caring for each other is clearly shown, something not always the case on the show itself (especially during season one, in which this story it set).

Naoko Mori narrates, and her voice is clear and lively, imbuing her reading with all the necessary drama and intrigue. She acts the different characters through her reading, and her Welsh and London accents are authentic (especially the switch between Gwen’s deep Welsh brogue, and a subtler but more masculine voice for Ianto), although her American accent as Jack wavers in places.

Buy it if you enjoyed: Everything Changes, Ghost Machine, Sleeper.

Hidden (by Steven Savile; read by Naoko Mori) was released by BBC Audio in February 2008.