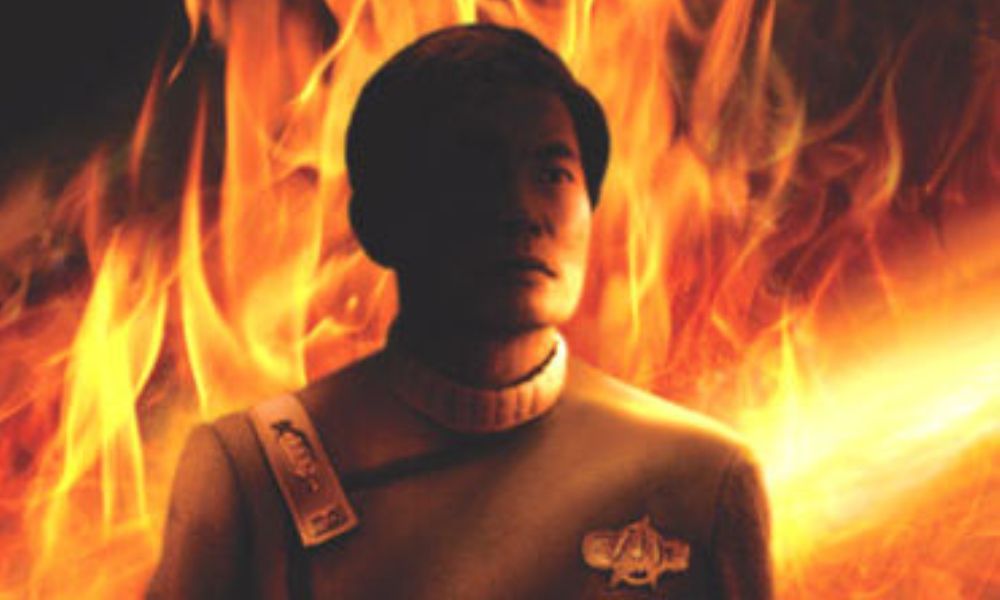 Forged in Fire is the first book published under the Star Trek: Excelsior banner and was written by the team of Andy Mangels and Michael A. Martin. This novel is a prequel to the second season Deep Space Nine episode Blood Oath, and shows the backstory of the episode’s villain, the Albino, and how exactly Dax turned up to be part of the Klingon’s Blood Oath.

The plot of the novel isn’t bad, but not very imaginative. Most things you see here, have been seen before in other novels, like the “outsider earns the trust of an alien culture” plot for Dax, or the ‘defying the orders of superiors for the benefit of the greater good’ plot for Sulu. The whole Klingon forehead issue felt a bit separated from the rest of the novel; when we had the opening chapter about Antaak I thought it would be an integral part of the novel, but it just diminishes as a theme of the novel as it moves on and is little more than a sidenote in the end. But that’s one problem of the novel in general: it has the elements of being a good novel, but in the end all the little pieces don’t really fit together to make this an extraordinary novel.

And the biggest problem of all lies in the premise of the book: since it is a prequel to the Deep Space Nine episode, it lacks a proper ending and is rather anti-climatic seen on its own. If you only read the novel you really feel unsatisfied, maybe it would have been a better idea to package this novel in a trade paperback together with a novelisation of Blood Oath, or at least partly novelise it inside the book itself.

The characterisations are good for the most part, the only thing really bothering me was that the authors used phrases like “what the Earthers called…” when writing from a Klingon’s point of view too often. I understand that this was used to translate Klingon terms, but the way and sheer number of times it was used – for example, in Chapter Seven – really hurts the characterisation, because the reader could be led to believe that Koloth is overly fascinated with Earth, as every second thought he has is about what the humans call something. Other than that, the characterisations are fitting, but with the exception of Qagh, the Albino, there is little new for the characters we already know, and most of the original characters don’t really play that big a role to really stand out one way or the other. Qagh is really getting a rich and intriguing backstory though, and transforms the rather bland villain from the episode into a worthy target of an Klingon blood oath. Another character who benefits from this novel is Captain Styles, although his scenes in the novel are limited Mangels and Martin did a great job in redeeming his character after his less than impressive outing in Star Trek III: The Search for Spock.

Overall Forged in Fire is a decent novel, which lacks the certain something to be really special. Everything for a good story is there, but it just doesn’t really catch fire. It’s a step forward for Andy Mangels and Michael A. Martin after the less-than-stellar outings with the recent Enterprise novels, but they are still not back near the quality of their early novels. But despite all this and the fact that it was disappointing that the first Excelsior novel doesn’t really is an Excelsior novel, Forged in Fire is a nice enough way to kill some hours, as long as you don’t expect anything overly innovative or extraordinary.

Forged in Fire (by Michael A. Martin, Andy Mangels) was released by Pocket Books in January 2008.
Star Trek
by Jens Deffner
Leave a comment