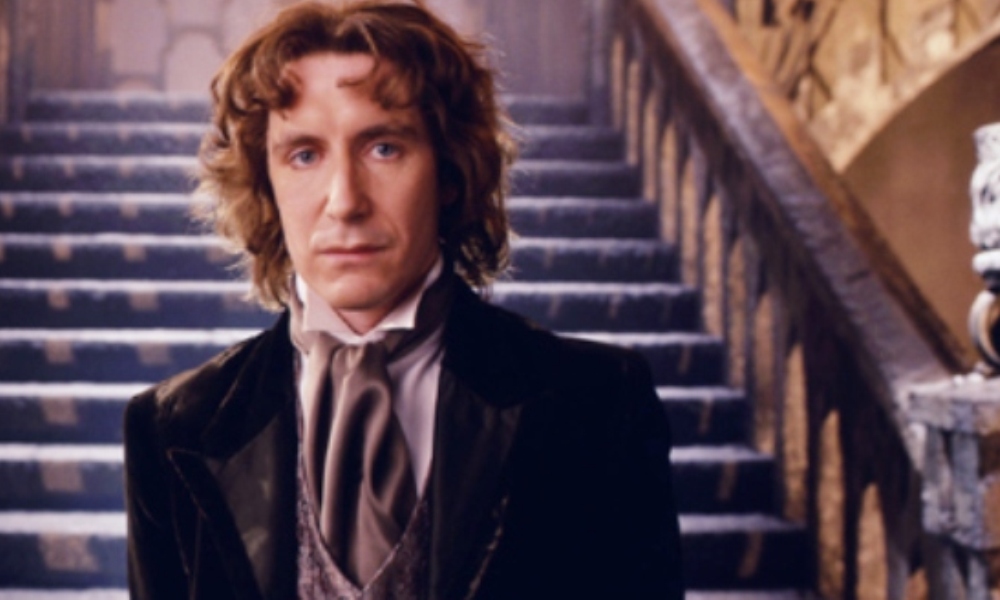 Keith R.A. DeCandido is one of the most prolific sci-fi and fantasy authors currently writing. Although best known for his numerous Star Trek novels and short stories, he’s also contributed books to the Buffy, Supernatural, Farscape, and Andromeda universes.

He’s also visited the Doctor Who world on a number of occasions, and is due to return to the TARDIS in May 2008 with The Quality of Leadership, a new anthology which he has edited, part of the ongoing Short Trips series. “It’s about leaders that the Doctor has met throughout his lives,” DeCandido explains. “The framing sequence, by John S. Drew – who conceived the anthology – has the Eighth Doctor helping a prince who is thrust prematurely into the throne by a palace coup. To help him adjust to having power thrust upon him, the Doctor tells him of past encounters with leaders.”

With all of time and space available, what leaders can we expect to see covered? “Because it’s the Doctor, most are from Earth,” he elaborates. “Martin Luther, King Henry VIII, Spartacus and Calpurnia, Queen Boudica, Emperor Theodoric, Plato, William Wallace, and King Arthur. He also meets leaders on a couple of alien worlds, as well as the night manager of an American department store.”

The publishers of the Short Trips series, Big Finish Productions, are licensed to work with the first eight incarnations of the Doctor, and DeCandido assures readers that they’re all covered at least once in the anthology. Fan-favourite companions such as K9, Tegan, the first Romana, and Jamie are also due to put in appearances.

So, that covers the characters – what sort of stories will the anthology contain? DeCandido drops a few hints: “I’ll say that there’s at least one episode sequel, that there’s a story that lays a bit of groundwork for one of the Big Finish audio series, and one story that is unlike any Doctor Who ever told in the history of the franchise.”

Anyone who has read the table of contents since DeCandido announced it online earlier this year will have noticed that there are fewer stories in The Quality of Leadership than there have been in previous volumes. Why the change? “I noticed that most of the Short Trips tended toward lots of very very short stories, so I thought it might be fun to do something different.” This means stories will be, as DeCandido puts it, “a bit meatier” – running to an average length of 10,000 words each.

The other notably different aspect of the book is the list of contributors. Unusually for the series, the majority of the authors are American, and many of them are first-time contributors to the Whoniverse. Was this a deliberate choice on DeCandido’s part? “Going for Americans wasn’t the goal as such, but I did want to introduce some new voices, including people who I just knew would write great Who but who never had; people whom I knew were longtime fans who could do wonderful things. And they all did.” And for anyone who remains sceptical, DeCandido reassures fans that “three of them are Brits – Una McCormack, James Swallow, and Steve Savile – and another – Diane Duane – has lived in Ireland for 20 years!”

Given DeCandido’s vast and varied bibliography, and the big-name writers who have stories in The Quality of Leadership, it seems likely that this anthology will bring new readers to the Short Trips series. For those who are only familiar with the Russell T Davies revival of Doctor Who, how accessible will the anthology be? “Viewers of the twenty-first century series should be fine,” he explains. “Doctor stories are Doctor stories, regardless of when the stories are created.” And what about readers who are completely new to the world of Who? “Fans of, say, Peter David’s work or Diane Duane’s work or Terri Osborne’s work or Allyn Gibson’s work or Una McCormack’s work or James Swallow’s work or (you get the idea) will find that those authors are at the top of their game here.”

Moving away from Doctor Who, DeCandido’s latest Star Trek novel has just been released, entitled A Burning House. The book follows on from his previous I.K.S. Gorkon tales, but is published under the banner of Klingon Empire. DeCandido explains why this has changed: “Sadly, it was changed because the last I.K.S. Gorkon book, Enemy Territory, didn’t sell all that well. The thought was to broaden the focus of the series, and also give it a title that was more likely to have mass appeal. The average Trek fan will know ‘Klingon Empire’ right away, [whereas] I.K.S. Gorkon might be a bit abstruse.”

At the conclusion of Enemy Territory, the Gorkon itself was left “in bad shape”, DeCandido reminds us; he sees this as a good time for the series to change direction. “The crew goes on leave, spread to the nine winds of the empire,” he explains, promising everything from an opera company to a slum, all with a Klingon twist.

So, it looks like it’s a good time for newcomers to jump on board the Klingon Empire series. What sort of story can they expect if they pick up one of the books? DeCandido describes A Burning House as “a novel that shows the breadth of the life of a Klingon”. He explains that “the TV shows focussed almost entirely on the military and the government, which are the highest caste of Klingon society, and therefore is a skewed sample. So what they should expect is an expansion of the snippets we got of greater Klingon society on TV and in the films into a rich, fascinating culture.”

DeCandido’s recent works also include Q&A, another in the new series of Star Trek: The Next Generation novels which take place after Star Trek Nemesis, developing the characters’ lives beyond the end of that film. As Q&A was the third book in the sequence, the fates of characters like Picard, Worf, and Crusher had already been decided – if it wasn’t for the events of earlier books, would DeCandido have taken them in different directions? “Certainly not in the case of those three characters. I’m the one who set up Worf being first officer in [earlier novel] A Time for War, a Time for Peace, after all. I also thought that Picard and Crusher should bloody well have gotten together after [the TV episode] Attached, so I’m thrilled that they’re a couple. That just leaves La Forge, and I was given the freedom to do fun things with him dealing with the aftermath of losing Data in Q&A.”

As well as advancing the stories of the Next Gen regulars, the “relaunch” books also introduce new faces. However, some readers have felt that the new characters seem inconsistent between books. “I think the actions of T’Lana, Kadohata, and Leybenzon in Before Dishonor [the novel by Peter David which follows Q&A] were quite justifiable,” DeCandido counters. “People keep calling it a mutiny, but technically Picard’s the one who mutinied; those three were following Jellico’s orders. I also know what’s next for all those characters, and I’d say the people who are complaining will have much less to complain about after reading Greater than the Sum and the Destiny trilogy.”

Looking to the future, forthcoming Keith R.A. DeCandido projects include the story A Gutted World which features in the Myriad Universes duology. “The Mirror Universe is specifically a twisted reflection of the mainline reality,” DeCandido explains, in reference to Star Trek’s oft-visited parallel universe. What makes the alternate realities in Myriad Universes different is that “we’re able to seriously extrapolate. Once you find your changing point, you start looking at everything. The ripple effect is fascinating.”

So what does the alternate universe in A Gutted World have in store? “I don’t want to give away what the splitting-off point, because it’s more fun to figure it out as the story goes along, but I can say that Admiral Leyton’s coup d’état in Homefront/Paradise Lost on DS9 didn’t happen in this universe. This means that Leyton’s the one leading the fleet in First Contact instead of Hayes, and Leyton has no problem with the Enterprise-E being part of the fleet [fighting against the Borg].”

What else do fans of DeCandido’s work have to look forward to? Any more Doctor Who work? “I’d certainly like to,” he enthuses. “I’ve pitched another anthology to Big Finish, but they haven’t replied yet.”

Available this month is the Star Trek eBook Enterprises of Great Pitch and Moment, which is “a full-bore TNG/DS9 crossover, with the Big E visiting Deep Space 9 and Picard and Sisko working together.” May sees the release of The Quality of Leadership, alongside a CSI:NY novel called Four Walls (“my first full-bore mystery novel”).

Later in the year, DeCandido’s second Supernatural novel – Bone Key – is released, A Gutted World is published, and DeCandido continues to contribute to various comic book series. Looks like the prolificacy shows no signs of stopping…

The Quality of Leadership will be released by Big Finish Productions in May 2008. A Burning House was released by Pocket Books in February 2008.